She said her son has been “criminalised for playing with a toy in his own house”. 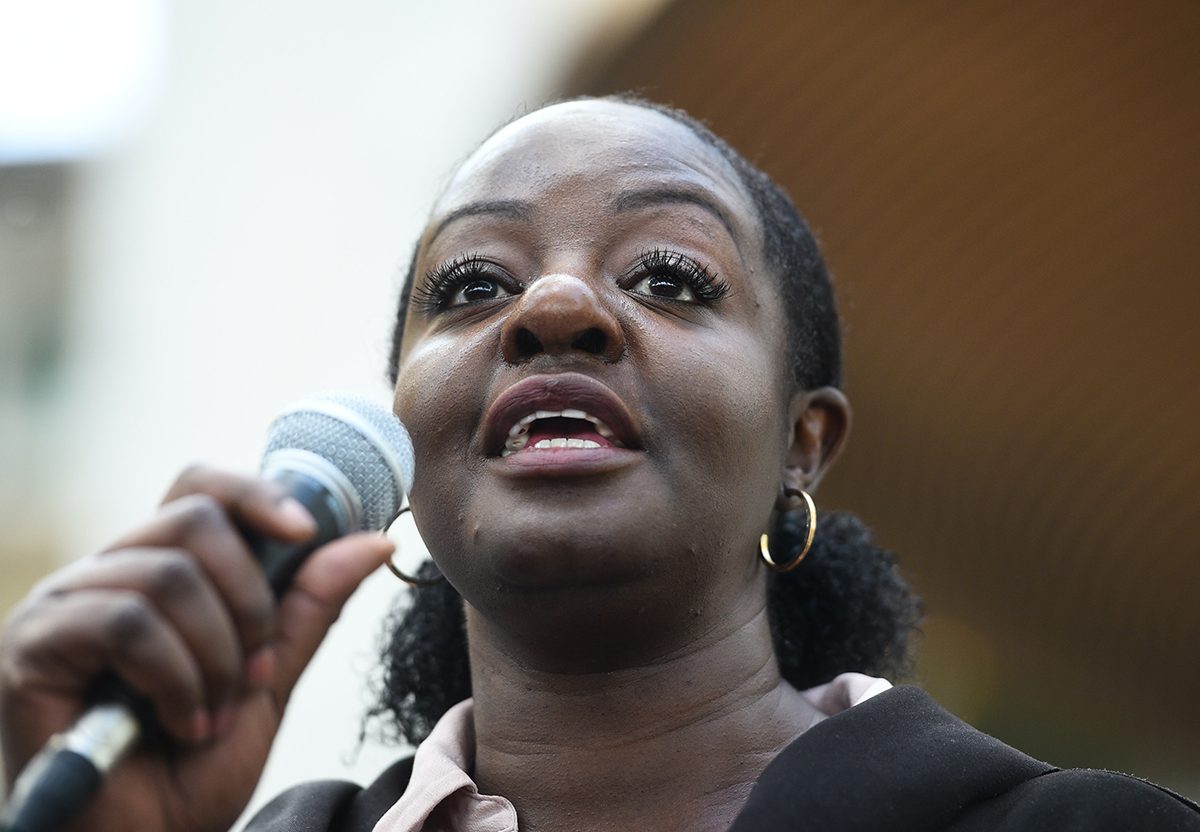 A mother whose home was raided after her son was seen playing with a toy gun has told a crowd of protesters outside New Scotland Yard that “it is not hunting season” on black people.

The crowd had gathered outside the Metropolitan Police’s central London headquarters for a Black Lives Matter protest calling for Commissioner Dame Cressida Dick to go.

Mina Agyepong, 42, spoke of how her 12-year-old son Kai is “traumatised” after armed officers raided her north London home late at night in July to arrest him.

He had been playing with a toy gun.

Criminalised in his own house

She said her son has been “criminalised for playing with a toy in his own house” and “the biggest gang in London is the Metropolitan Police”.

Suspicions had been raised by a passer-by who said they saw a black male holding a firearm on the sofa.

She told the crowd: “It is not hunting season on black people.

“What I do know is that my son is scared and I am scared.

“Obviously black lives matter but not as much to the rest of the UK. We need to continue to fight.

“All we are asking for is equality and they are lucky that we do not want revenge.”

To applause, she said that she is not scared of knife crime but of her son being among the black people who seem to be disproportionately stopped and searched by the police.

The protest is part of a series of anti-racism demonstrations that have taken place across the UK as the four officers charged over the death of unarmed black man George Floyd in the US go on trial.

Not just a moment

Protesters outside the US embassy in London on Friday said they were determined to show that previous Black Lives Matter demonstrations were not just “a moment”.

Mass protests were staged across the world after footage emerged of officers kneeling on the neck of Mr Floyd, as he gasped for breath and later died.

The four men are charged over the death but it is understood they will push for separate trials in order to diminish their roles in the incident.

Uniformed officers watched from behind barriers at New Scotland Yard on Saturday as the crowd heard speeches about the struggles that black people have had with the police.

Activist Stafford Scott recalled some of the people – stretching back to the 1980s – who have died after coming into contact with British police, including Cynthia Jarrett, Joy Gardner and Mark Duggan.

He said: “Institutional racism is at play in the heart of the policy-making and decision-making that goes on inside this building today.

“We mustn’t think that these types of deaths have not happened in Britain before.

“We mustn’t think we have to wait for a George Floyd to happen here (in Britain) today before we stand up and make a stance.”