The number of hospital doctors claiming their NHS pension on voluntary early retirement grounds more than doubled from 164 in 2008 to 397 in 2018.

The number retiring on ill health grounds soared from 12 to 79 over the same period.

The figures were released to The BMJ by the NHS Business Services Authority in response to a freedom of information request.

The statistics also show a greater proportion of doctors claiming their pensions now do so on health grounds or are taking voluntary early retirement.

For example, in 2008, 14 per cent of hospital doctors claiming their NHS pension took voluntary early retirement; in 2018, 27 per cent of doctors did so. In 2008, one per cent of retirements were on grounds of ill health; in 2018, five per cent were. 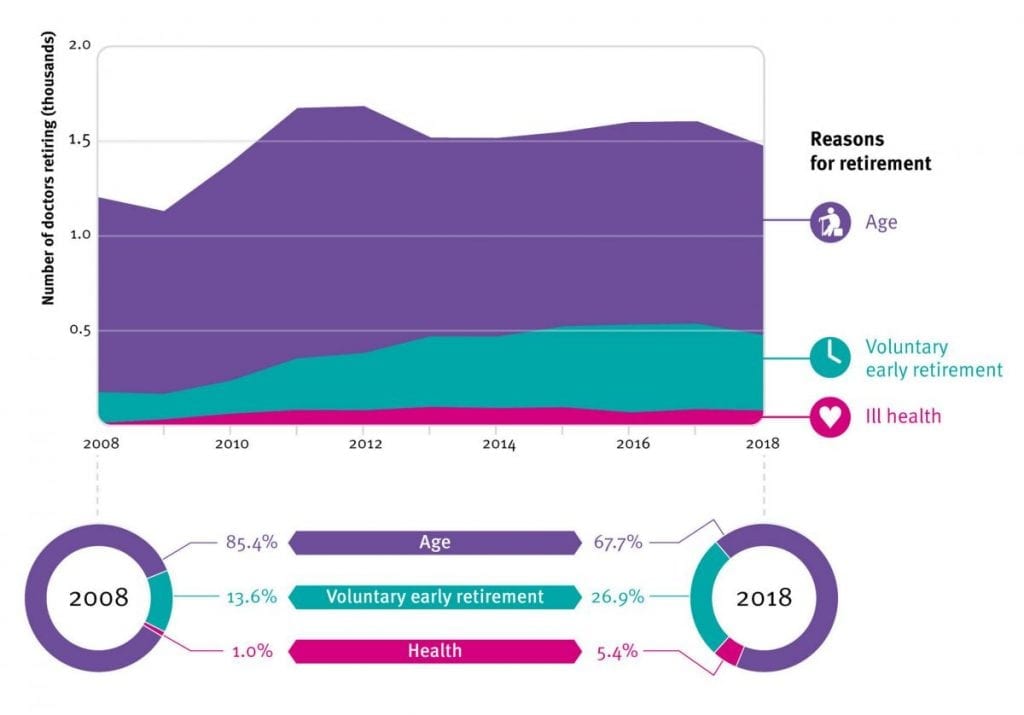 The total number of hospital doctors choosing to take their pension – whether on grounds of age, voluntary early retirement, or ill health – rose from 1,205 in 2008 to 1,475 in 2018, representing a 22 per cent increase.

The total number of hospital doctors working in the NHS increased by 21 per cent over the same period, while the proportion of doctors choosing to retire was 1.25 per cent in 2008 and 1.27 per cent this year.

Simon Stevens, the chief executive of NHS England, told MPs earlier this month that changes to pension rules was adding to problems around shortages of GPs.

He said: “The department’s evidence to the Review Body on Doctors’ and Dentists’ Remuneration has pointed out that one of the contributory factors is the broad change to the pensions system.”