By Nathan Lee, TLE Correspondent The CVs of Ed Miliband, Nick Clegg and Nigel Farage have been leaked after all three leaders resigned from their respective parties. Ladbrokes Politics has leaked the CVs along with odds on who is likely to replace them as leader. At 5/2 Andy Burnham and Chuka Umunna are favourite to replace Ed […] 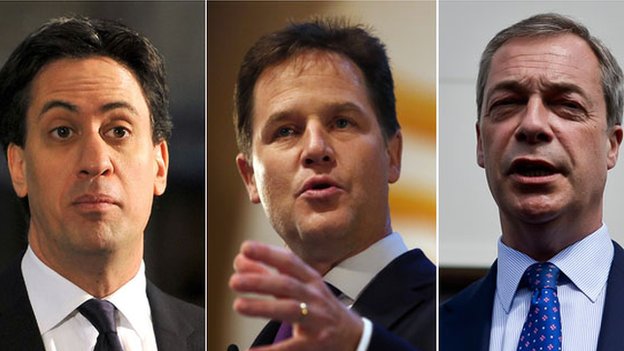 The CVs of Ed Miliband, Nick Clegg and Nigel Farage have been leaked after all three leaders resigned from their respective parties.

Ladbrokes Politics has leaked the CVs along with odds on who is likely to replace them as leader. At 5/2 Andy Burnham and Chuka Umunna are favourite to replace Ed Milinband with Yvette Cooper priced at 7/2. Tim Farron is odds-on to replace Nick Clegg with Norman Lamb at 4/1. Boris Johnson is a tasty 7/4 to succeed Cameron despite the Prime Minister’s majority win.

The leaked documents see Ed Miliband list ‘eating bacon sandwiches’ and ‘persuasive powers’ among his main skills after he persuaded rebel Russell Brand to side with him. Outside of work, Miliband says vocal coaching is one of his favourite pastimes, as well as ‘acting like a convincing leader’.

Nick Clegg boasts about his ability to ‘step back and let others take control’ on his CV. He says the mantra, ‘keep your best friends close by but your enemies closer’ appeals to him, citing his ability to know when he is wrong and apologise profusely to also be key reasons to employ him.

Farage, on the other hand, says he loves delivering talks that leave people speechless. He says he sees himself as a man of the people who likes everything British (and one or two German things), adding that he is not ant-anyone else, as long as they are not Romanian.