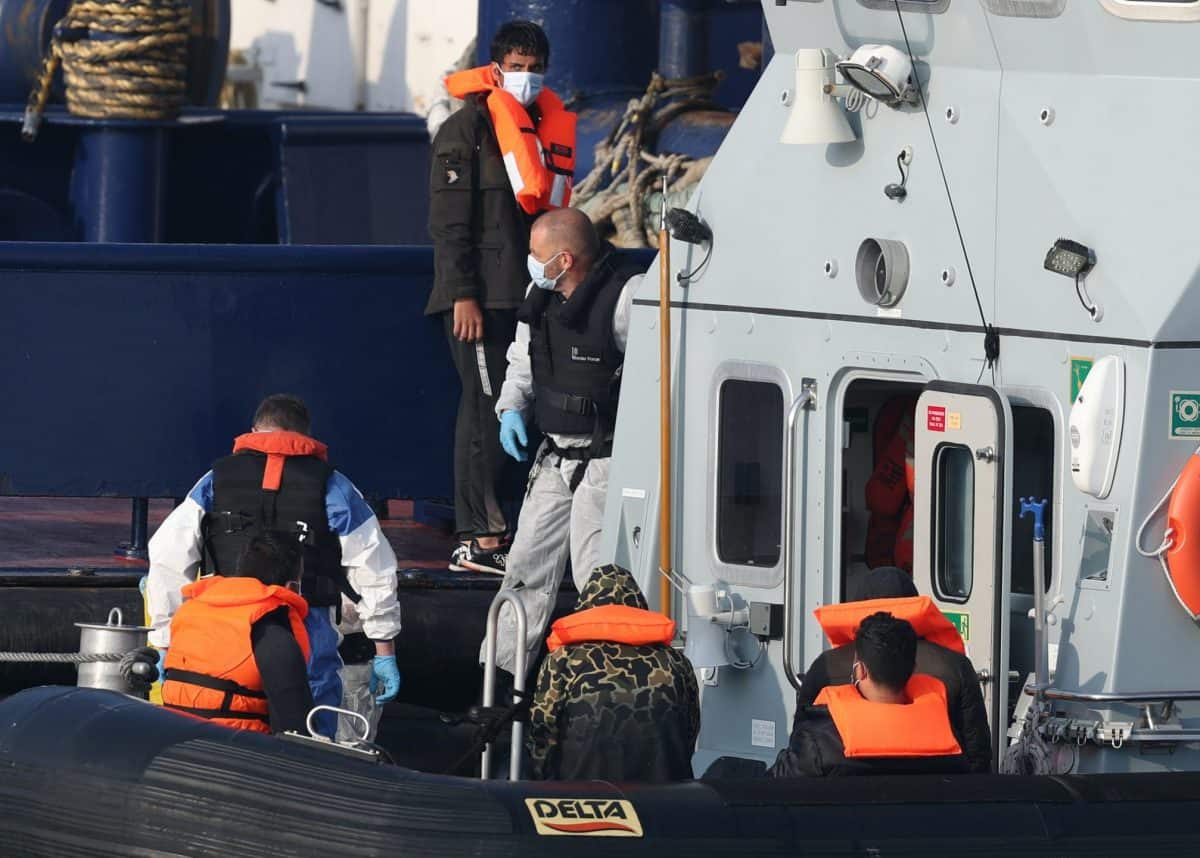 A migrant who crossed the Channel in a rubber dinghy was attacked on a beach in Kent only moments after arriving in England.

The tragic news comes after is was announced a 16-year-old Sudanese boy has drowned while trying to reach the UK.

The young man in his 20s was assaulted by someone reportedly watching the small boat arrive at the village of Kingsdown, south of Deal, on Sunday.

Kent Police said officers were now searching for the suspect who attacked the migrant.

“Kent Police were notified at around 11.05am on Sunday of a reported assault of a man in his 20s off Undercliffe Road, Kingsdown,” said a spokesperson.

“Officers attended to ensure the welfare of the man, who was not seriously injured and did not require hospital treatment. Inquiries to establish the circumstances surrounding the incident and the identity of the person responsible are ongoing.”

After watching eight migrants reach ther UK, she said: “This is unacceptable that people are breaking into Britain in this way.”

French authorities announced the death of a16-year-old’ boy this morning after his body was washed up on a beach on Wednesday morning.

Responding to the tragic death Clare Moseley, founder of Care4Calais, said: “We are absolutely devastated by the unnecessary death of this child. We can only imagine the fear he felt and our hearts go out to his family.

“These young boys in Calais are our friends. They are fun to be with despite the horrors they have been through. Some are cheeky, some are smart, some like football, some like books. None deserve to be here and none deserve to die alone in the sea.

“Things need to change. We need a way for people’s asylum claims to be fairly heard without them having to risk their lives. We need this before someone else dies.”