The Foreign Affairs Committee said a policy of closing borders will drive migrants to take dangerous routes and push them into the hands of smugglers. 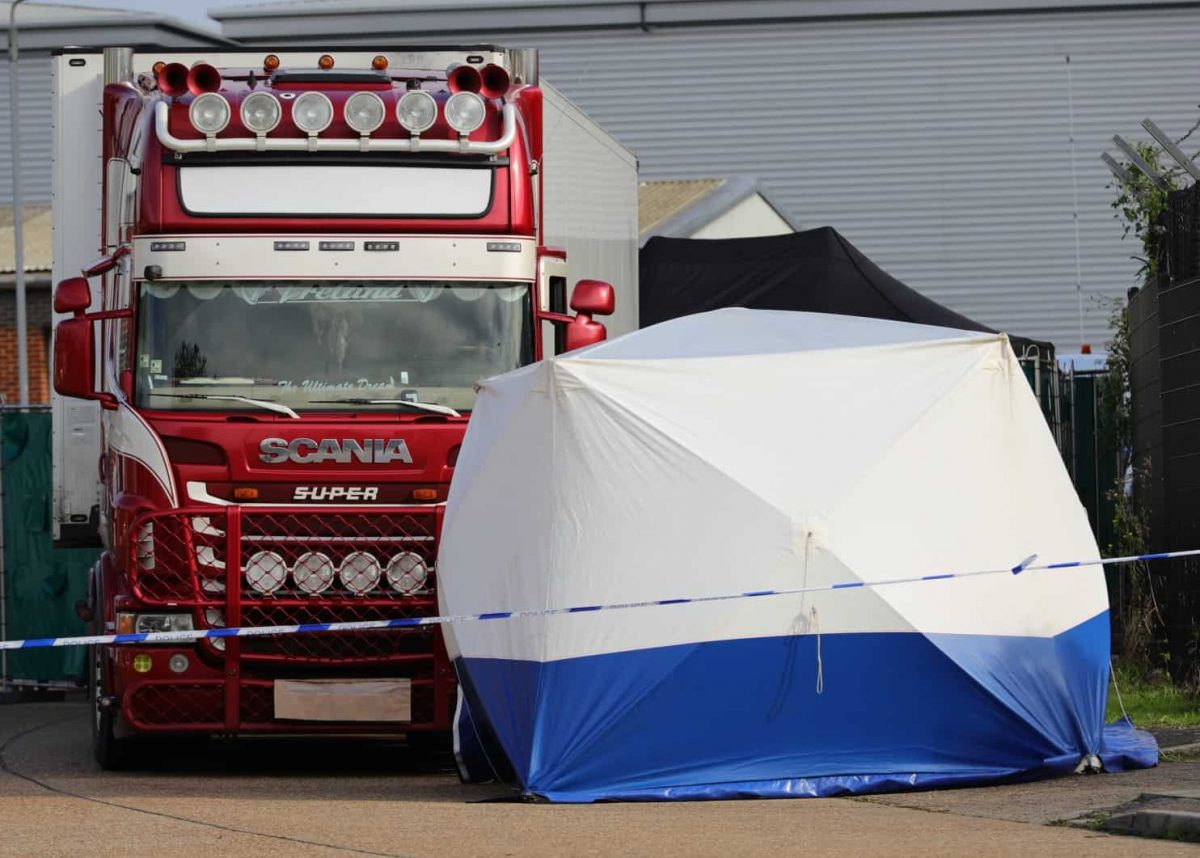 The “tragic” deaths of 39 people found in the back of a lorry in Essex should be a “wake-up call for the Government” to rethink its approach to illegal migration, MPs have said.

In a new report, published on Monday, the Foreign Affairs Select Committee have warned a policy focused on closing borders will drive migrants to take more dangerous routes and push them into the hands of smugglers.

The committee said the human cost of so-called “irregular” migration made international partnerships, including with the EU, “essential”.

Committee chairman Tom Tugendhat said that, until the UK leaves the EU, it should return to the meetings where migration is discussed and plan the response to illegal migration together.

The Tonbridge and Malling Tory MP added: “The case of 39 people found dead in a lorry in Essex shocked us all.

“The full story won’t be clear for some time but this tragedy is not alone.

“Today, hundreds of families across the world are losing loved ones who felt driven to take the fatal gamble to entrust their lives to smugglers.

“This case should serve as a wake-up call to the Foreign Office and to Government.

“The UK has been relatively isolated from the different migrant crises in recent years – but it’s wrong to assume that we are protected from their impact.

“The UK has a proud history of helping those fleeing conflict and persecution and co-operating with others to protect human rights.

“We should lead by example.”

The report, Responding To Irregular Migration: A Diplomatic Route, also raised concerns that deals to limit migration with countries such as Libya, Niger and Sudan risk fuelling human rights abuses.

Families trapped in detention centres there are at risk of abuse, rape and torture.

It warned that these deals could be used as leverage by partner governments such as Turkish President Erdogan’s recent threat to “reopen the gates”.

The committee said that, although the Home Office leads on the UK response to irregular migration, this could lead to the “error of focusing on preventing migration to the exclusion of other goals such as preventing conflict and promoting stability and respect for fundamental human rights”.

It called for more effort to negotiate future close co-operation on migration policy with the EU and an immediate return of UK officials to EU-level meetings where irregular migration is discussed.

Other recommendations included the expansion of legal pathways to apply for asylum outside Europe and robust monitoring and safeguards to ensure UK funding to migration programmes in Libya was not contributing to human rights abuses.

Mr Tugendhat said the committee’s inquiry had been cut short by the “uncertain nature of Parliamentary business” but it hoped to return to the issues in the future.

“Irregular migration” is defined by the International Organisation on Migration as the “movement of persons that takes place outside the laws, regulations, or international agreements governing the entry into or exit from the State of origin, transit or destination”.

Less than half of the people held in immigration detention centres last year were deported afterwards, according to a damning report out last week, which also found many had spent years pointlessly detained with public money.