Business owner Jack Whiteley, 69, captured perfect CCTV of thieves making off with garden furniture - even noting down the licence plate of the van they were taken in

A man who almost got away with stealing £26,000 worth of chairs after police said they were “too busy” to investigate, has been sentenced.

Business owner Jack Whiteley, 69, captured perfect CCTV of thieves making off with garden furniture – even noting down the licence plate of the van they were taken in.

But his story hit the headlines when he received a letter from police saying they didn’t have the time to look into the case.

He was told in an email officers were “unable to assist as they are at saturation point with their workload”.

But he later received an apology from a police boss who said Essex Police would make his case a priority.

The force has now revealed William Coffey, 33, has been sentenced for the theft, which happened at around 7.10pm on August 26 last year.

Coffey and Donna Meredith, 33, also of Laindon, Essex were caught on CCTV at loading the chairs into a van before driving away. 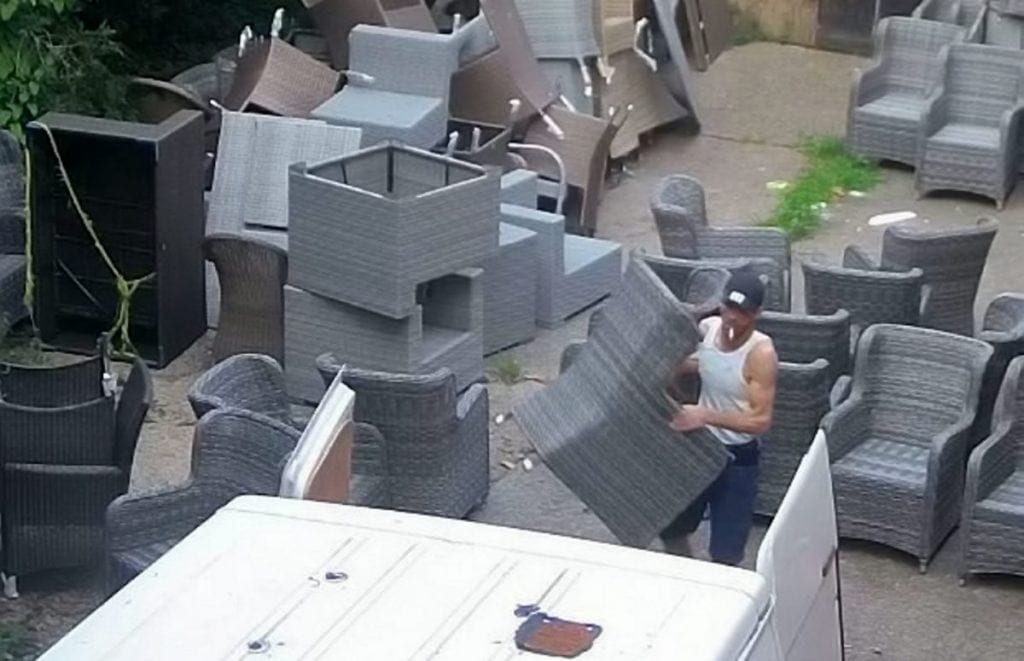 The cheeky pair returned to Glencrest Seatex Ltd in Leigh, Essex. on August 27 and 28 and stole more chairs.

Officers arrested them both on September 11, before recovering most of the chairs, which had a total estimated worth of £8,500.

The case against Miss Meredith was later dropped.

DCI Neil Pudney of Essex Police said: “After reviewing CCTV at the scene we quickly identified two people and made arrests that same day.

“We also recovered most of the chairs and returned them to the victim.

“Coffey this week admitted the offence and has been sentenced while the Crown Prosecution Service agreed to discontinue the case against Miss Meredith.

“I would like to thank the victim for his patience and I hope this sentence offers him some justice.”