Mr D'arcy-Smith said he felt highly humiliated by the incident and firmly believed it was racially motivated. 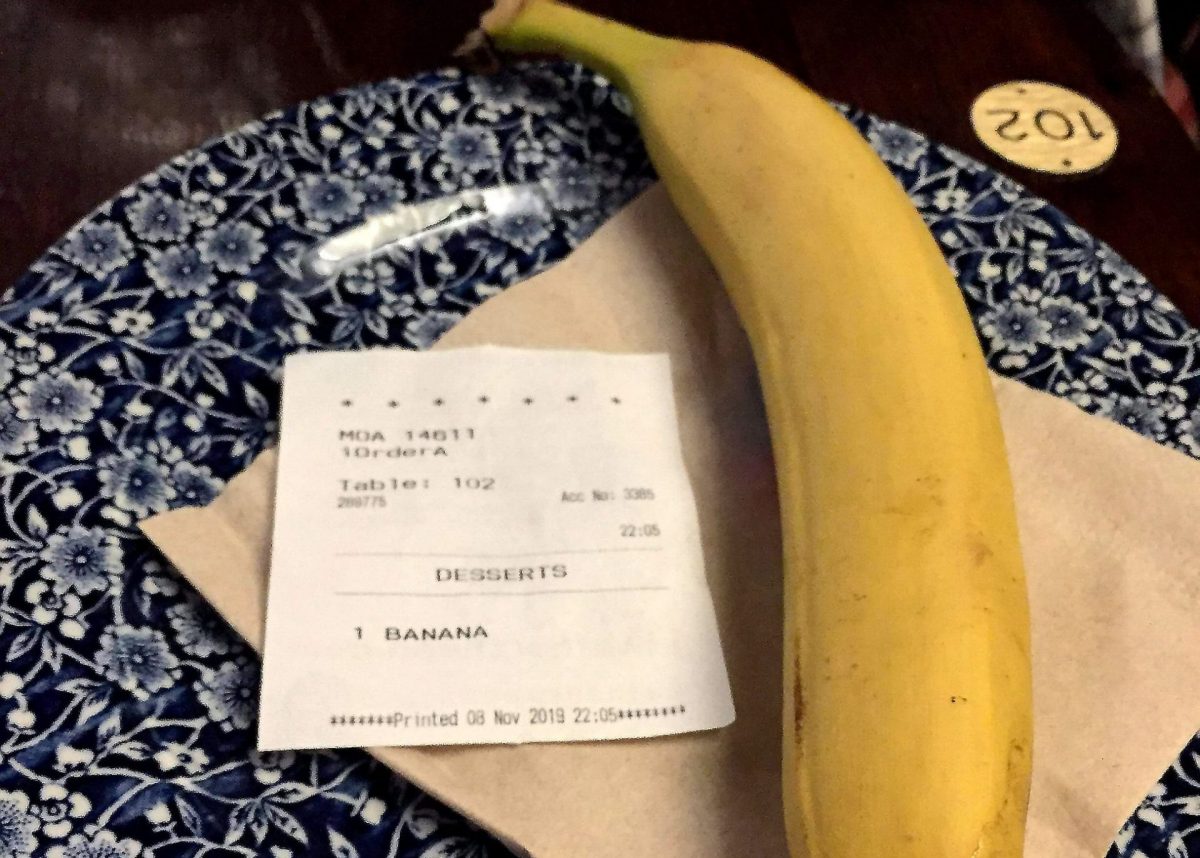 The banana sent to the table of Mark D'arcy-Smith when he was sat in a Wetherspoons. Credit: SWNS

A pub-goer has been convicted of a racist offence and ordered to pay more than £1,200 after he sent a banana to the table of a black man using an app.

Louie Kincella, 20, used the Wetherspoon’s ordering phone app to send the piece of fruit, which in the past has been hurled at black footballers and accompanied with monkey chants, to Mark D’arcy-Smith.

The shocked 25-year-old was sitting with a friend having a drink after work at around 10pm in the The Richmal Crompton pub in Bromley, south east London, when a waiter brought over a plate with a single 30p banana on it – and an accompanying receipt.

When the media worker told staff neither he nor his friend ordered the food, they were told an order via the pub’s app was made for one banana to go to table number 102 – the one they were sitting at.

Drinks and food, including bananas, can be ordered on the Wetherspoon app and sent to any table in any of the chain’s pubs.

Not long after the incident on November 8 last year, Mr D’arcy-Smith left the pub and contacted police, adding that staff at the boozer did not treat the incident seriously enough.

Mr D’arcy-Smith said he felt highly humiliated by the incident and firmly believed it was racially motivated.

He said not long after the incident: “We both looked at each other then looked at the banana. It clicked that it wasn’t ours. It was clearly sent by someone who was trying to be racist.”

Kincella was arrested on January 17 at his home in Mottingham, south east London, and claimed it was just done ‘for a joke’, police said.

While he did not deny being in the pub and admitted ordering the banana, he insisted he did not intend it to go anywhere other than his own table, Scotland Yard said.

He was charged with a racially aggravated offence under the Public Order Act and last Friday – the day of his 20th birthday – was found guilty by magistrates.

At Bexley Magistrate’s Court, Kincella was fined a total of £600 and ordered to pay court costs of £620.

After the verdict Mr D’arcy-Smith said: “Hearing the verdict felt like a massive weight was lifted from my shoulders.”

When Mr D’arcy-Smith, who works in media giving cultural insights, walked past the pub for the first time after the incident, he said even the memory of what had happened left him trembling and his hands shaking.

Describing the moments after the order arrived, he added: “My friend went to talk to a staff member but they didn’t see what the issue was. He said: ‘do you know what’s wrong here?’.

“I was sat on my own at this point. I looked around to see if I could spot anyone. I got anxious. I think someone sent it because it was anonymous.”

J D Wetherspoon has since apologised to Mr D’arcy-Smith and explained that its process allows customers to order food and drinks to tables using numbers on an app – meaning items could be sent anywhere unidentified.

Since the easing of the pandemic lockdown pub ordering apps, especially at Wetherspoon pubs, have seen a sharp rise in use in a bid to reduce contact between employees and customers.

Detective Inspector Stuart Hart, head of the Safeguarding Team at the Met Police, said a specially dedicated team devoted a large amount of time to the “painstaking investigation”.

He added: “There was no CCTV available, and it was not a straightforward matter to identify the suspect.

“This required a painstaking investigation by my lead officer, who paid meticulous attention to minor details in order to gather the vital evidence that led to this successful result.

“Hate crimes are a priority for the Met and we take all allegations very seriously.

“We know these are historically under-reported and would urge any victims to come forward and report to us – or to one of our third party partners if they feel more comfortable talking to them.” 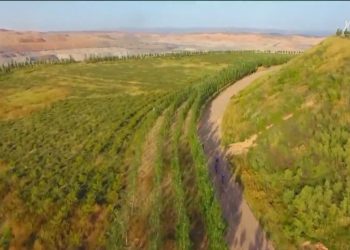