"The accumulation of microplastics is a serious concern for the ecosystem and the local community living off of these marine resources, and can have a negative impact on human health." 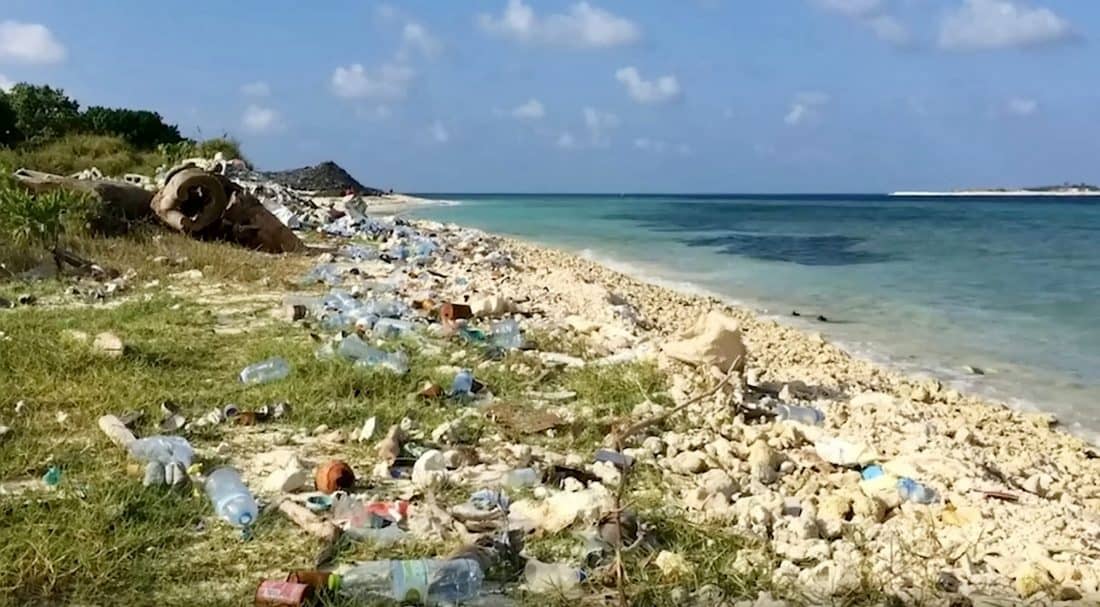 A holiday paradise has recorded the highest levels of marine micro plastic pollution on the planet.

Plastic pollution in waters around The Maldives in the Indian Ocean has now outstripped the previous high recorded in Tamil Nadu, India.

Scientists say the micro plastics are now widespread and risk severely blighting shallow reef marine life and threatening the communities on the island.

It also confirmed fears that the rapid pace of rubbish growth is outstripping waste collection capacity on small island nations like The Maldives, famed for their once-pristine coastlines.

“The small island nation encounters several challenges regarding waste management systems and has seen a 58 per cent increase of waste generated per capita on local islands in the last decade.”

Marine scientists recorded the levels of plastic pollution across 22 sites off the coast of Naifaru, the most populous island in The Maldives’ Lhaviyani Atoll.

Plastic had infiltrated marine sands all over, with the results published in the Science of the Total Environment journal.

The scientists said the microplastics could have been transported by ocean currents from neighbouring countries in the Indian Ocean, such as India.

Another source could be Maldivian land reclamation policies and poor sewerage and wastewater systems, they added.

Microplastics are pieces of plastic waste measuring less than five millimetres long – and are considered invisible water pollutants due to their size.

Small pieces of plastic can break down over time from plastic bottles, textiles and clothing, remaining in the world’s oceans, the researchers explained.

The team was particularly concerned about the small size of the plastics they found, fearing marine life could easily ingest pieces unwittingly.

Mr Patti added: “The majority of micro plastics found in our study were less than 0.4mm in width, so our results raise concerns about the potential for microplastic ingestion by marine organisms in the shallow coral reef system. The accumulation of microplastics is a serious concern for the ecosystem and the local community living off of these marine resources, and can have a negative impact on human health.”

The researchers said that the historic plastic levels will not abate until waste management systems catch up with consumption habits.

Professor Burke Da Silva added: “Without a significant increase in waste reduction and rapid improvements in waste management, small island communities will continue to generate high levels of microplastic pollution in marine environments, with potential to negatively impact the health of the ecosystem, marine organisms, and local island communities.”

The researchers are now checking the stomach’s of coral reef fish for microplastics.

Related – More than 90,000 microplastics flow down River Thames every second