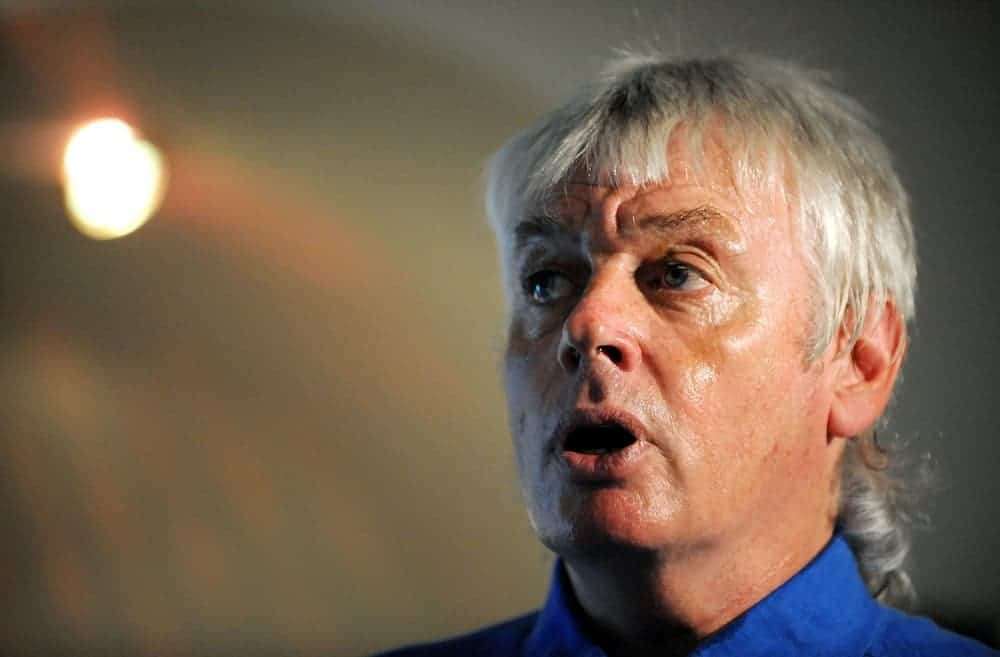 It should be made illegal for conspiracy theorists like David Icke to spread disinformation online, an MP has said.

A number of well-known names with large social media followings have been key distributors of false information during the pandemic, research shows.

The spread of baseless theories linking 5G to ill health led some members of the public to set fire to network masts, while false and dangerous claims that disinfectant could be used to treat the virus were even repeated by US President Donald Trump.

“It can lead them to make the wrong decisions about what’s good for them and their family, and in the most extreme courses, it could lead them to take a drug or a treatment that could be dangerous to their health.”

Mr Collins, former chairman of the Commons’ digital, culture, media and sport committee, said there need to be “requirements in law” to stop people who are persistently spreading disinformation online, such as Mr Icke.

“It’s not good enough that we just have to remove certain posts that are wrong,” he said.

“If there is a certain channel, group or individual that is persistently pushing this information out then that sort of malicious abuse of social media in a public health emergency should be an offence.”

Mr Collins added that famous figures with large followings also needed to act more responsibly with what they share online.

In April, This Morning presenter Eamonn Holmes was issued guidance by media watchdog Ofcom after he made comments on TV linking Covid-19 to 5G.

However, a number of other celebrities – including Amanda Holden, boxer Amir Khan, and Zombieland star Woody Harrelson – have shared similar theories with millions of followers online without any sanction.

Research by Oxford’s Reuters Institute for the Study of Journalism found that while prominent public figures were responsible for producing 20% of false claims about the virus, their posts accounted for 69% of total social media engagement.

Dr Daniel Allington, a senior lecturer in social and cultural artificial intelligence at King’s College London, undertook research which found that people who believe coronavirus conspiracy theories are more likely to flout lockdown rules, putting themselves and others at risk.

However, he said there was a difference between celebrities mistakenly sharing information with their followers and “professional” conspiracy theorists, such as Mr Icke.

He said: “I am not sure I want to regulate what someone like Amir Khan says, but then you have someone like David Icke, or (conspiracy theory site) London Real, and their business is creating content which goes online, which they are able to monetise.

“They are media businesses and they should be recognised as such and regulated as such.”

The UK Government is set to give Ofcom new powers to oversee online regulation, though details of when or exactly how these powers may come in to effect are not yet available.

In April, Ofcom sanctioned ESTV, the operator of TV station London Live,  after it broadcast a “largely unchallenged” interview with Mr Icke on coronavirus.

However, the former broadcaster has often been able to reach a far greater audience online without restriction.

While Mr Icke’s YouTube account was recently removed from the platform, many more videos featuring him have millions of views.

“I think more people will have seen that interview with David Icke on YouTube than they would have done on London Live,” said Dr Allington.