Some of the lowest CO2 emitting countries in the world are the least likely to survive a climate change apocalypse – thanks to their fuel guzzling neighbours.

New research has revealed countries in sub-Saharan Africa are the most vulnerable to the perils of a potential environmental disaster despite emitting some of the lowest CO2 levels in the World.

China emerged as the biggest carbon criminal emitting a mammoth 9,040 metric tons of CO2 into the atmosphere every year – nearly double that generated by the US – a problem compounded by its huge population.

The country also only ranks 59th in readiness to deal with extreme weather disasters – a complacent attitude that is mirrored in their environmental policies too.

Fran Whittaker-Wood, lead researcher at The Eco Experts comments: “The natural disasters we’ve already seen over the past couple of years shows that many nations are already fighting for survival as the planet reacts to human impact.

“Sadly many of the countries worst at risk from a climate change event are actually not the ones causing the problems, but perhaps the fact that the US and UK have slipped out of the top 10 safe zones might prompt these countries to act.” 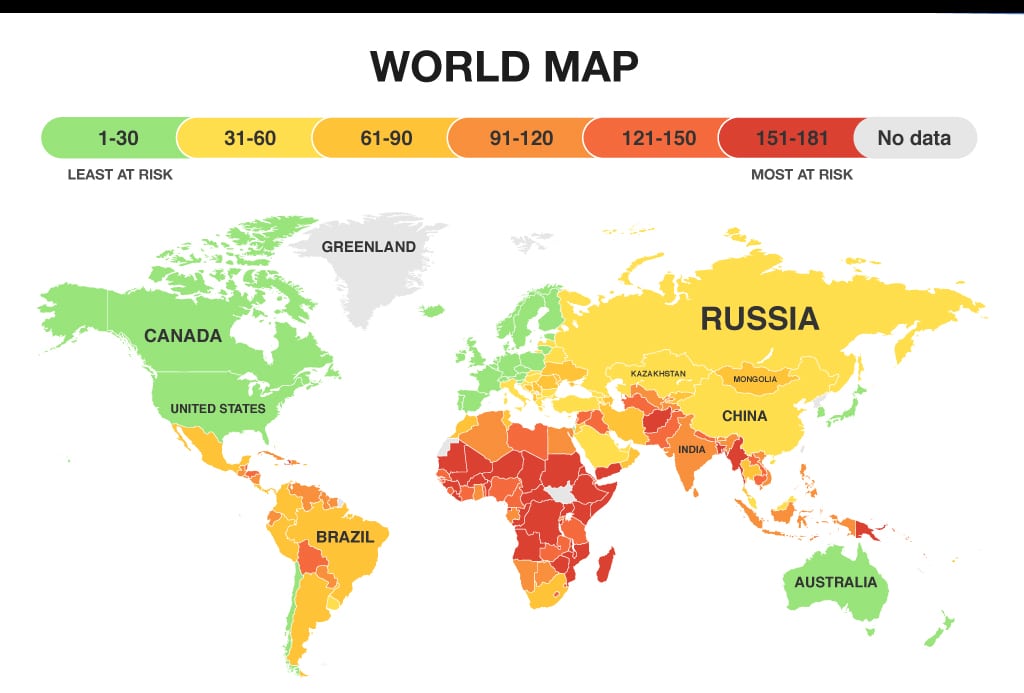 Norway ranked in first place as the country most likely to survive a climate change apocalypse, thanks to its location and national resources, making it the place we should all flee to, should the planet turn on us.

The UK and the US both slipped out of the top 10 safe zones ranking in 12th and 15th place respectively behind Australia and Germany.

The research investigated the survival prospects of 181 countries using data from the ND Gain Index which considers the location, terrain, infrastructure and national resources to determine the countries most at risk to extreme weather disasters and how prepared they are to deal with potentially life threatening devastation.

Somalia, Chad, Eitrea and Central African Republic are among the top ten countries least likely to survive in the event of a natural disaster.

Sudan, Afghanistan and Haiti also appeared on the list.