By Jack Peat, TLE Editor   I am too old to be pulling all-nighters. On Thursday evening I returned home with a solid plan; exit polls at 10, bed, up at 6 for a clear indication of the results – and repercussions thereof – then at my desk for results in time for elevenses. GE2015 […] 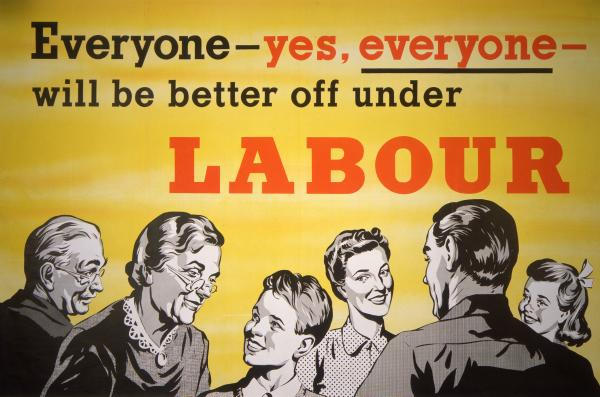 I am too old to be pulling all-nighters. On Thursday evening I returned home with a solid plan; exit polls at 10, bed, up at 6 for a clear indication of the results – and repercussions thereof – then at my desk for results in time for elevenses.

Like many others, I became engrossed from 10 o clock onwards. Mainly in disbelief. I knew that a Labour loss was probably on the cards, but by that margin, in this climate? Like Paddy Ashdown and his unnerving appetite for headwear, I waited for indications that the statisticians had got it woefully wrong.

Euan Ferguson made the interesting observation in the Observer this weekend that Channel 4’s alternative election coverage – designed to counter the rigmarole of seat counting – was made to look dull in comparison with the actual timeline of events. “As the night unfurled, it became remembered-clear that necessary satire hits living breathing human beings, full of blood and sentiment and humour,” he said, more than Paxman & co could compete with.

And it was with the Sunday papers that I was able to reflect properly for the first time on the election outcome and the ramifications for the Labour Party. First, to the manner of the defeat. A perfect storm of strategic incompetence on the left and predatory instinct on the right, a battle of two nationalisms and disaffected voters falling into the hands of the Conservatives.

Credit where it is due, the Conservative’s campaigned well. The only pollster to predict a majority, Jim Messina, matched the perceived economic competence of the Conservatives with the misguided notion of Labour’s economic incompetence. Will Hutton, author of How Good We Can Be, said of the Conservative campaign: “they made stick the charge that Labour alone crashed the economy despite it being a lie.” But it was an effective lie, and Miliband was unable to counteract the rouse.

To the present, and Labour must lick its wounds and move on. The search for a new leader will begin with Andy Burnham and Yvette Cooper two of around six candidates that immediately spring to mind. Pro-business Chuka Umunna has made early moves in the leadership battle by claiming the middle ground. Appearing next to New Labour architect Lord Mandelson on the Andrew Marr Show he presented an aspirational and compassionate vision for the party, which is where Labour of the future must stand in order to win back the electorate.

The voice of the left wing is strong, but banging the equality drum won’t work alone. Owen Jones, Russell Brand and Paloma Faith are figures of new found left wing populism, but as this election has shown, populists might win votes, but they do not win seats. The key is the middle ground. As Hutton said in yesterday’s Observer, “there are many criticisms to make of Tony Blair. But of one charge he is free. He took the winning of and holding power as political objective number one.” The next Labour leader must follow suit and forge a political bond between free market utopia on the right and a utopia in which public power brings universal equality and well-being on the left. In the words of Blair himself, Labour  must stand for “ambition and aspiration as well as compassion and care”.