A 95-year-old from Newquay was burgled as she slept by Anthony Michael Harrison, Kirsty Ann Parr and Tristan James Chenoweth, who stole her bank card and raided her account

Cruel burglars who robbed a 95-year-old pensioner were forced to watch a video of their victim saying their crime made her want to kill herself.

The elderly woman was robbed as she slept as the burglars broke into her home, stole her bank account and then spent her money.

Anthony Michael Harrison, Kirsty Ann Parr and Tristan James Chenoweth, between them broke into the pensioner’s home overnight in November 2017.

The trio appeared at Truro Crown Court on Tuesday (January 8) and admitted their various roles in the criminal process.

At the hearing, Judge Robert Linford requested the pensioner’s victim impact video be played to the three people raided her house.

The video shows her describing how the burglary made her want to commit suicide.

At the hearing, Harrison, 40, who is currently incarcerated at HMP Dartmoor, pleaded guilty to two burglaries in Newquay.

Chenoweth, 38, of Cusgarne Hall in St Austell, admitted handling stolen goods and fraud by false representation and Parr, 31, of Treffry Court in Newquay, held her hands up to a concealing criminal property charge. 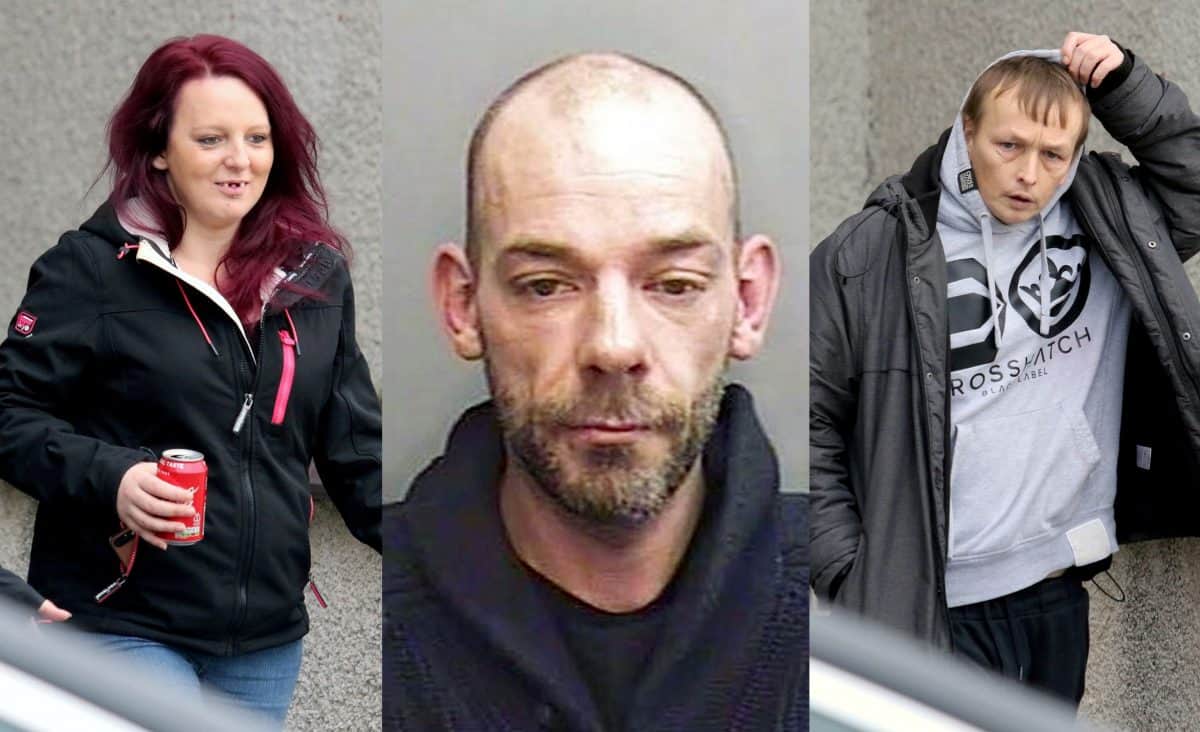 The three appeared at Truro Crown Court on Friday (January 9) for sentencing and prosecuting barrister Philip Lee said: “The 95-year-old burglary victim was at her home in Crantock Street on November 9, 2017, where she had lived for her whole life.

“Her home was burgled while she was asleep. She woke up at 3.15am and noticed something was out of place. She saw the front door open and then went and did some knitting, waiting for a carer to arrive.

“It was apparent there had been a break-in and there was a key safe on the floor with the key missing. There had been an untidy search and a purse containing cash, bank cards and family photos had been stolen from under her bed while she slept.

“Jewellery was stolen along with gold lockets of significant sentimental value.”

Mr Lee went on to explain how it appears as though the criminals found a PIN number for the bank account and used it to access the pensioner’s cash.

He added: “A screwdriver was found on the floor with a DNA connection to Mr Harrison. Soon after, on November 10, two bank cards and a Post Office account were all used in local shops and at cash machines.

“There were ATM withdrawals of £1,100 in addition to £1,000 transferred from one account to the other and then £4,000 transferred into the Barclays account of Kirsty Parr.”

According to Mr Lee, Chenoweth was responsible for taking one of the victim’s cards into Tesco and buying £3 worth of shopping and getting £30 cashback.

Parr was caught on CCTV at the bank withdrawing £4,000 of the victim’s cash and Chenoweth identified at Tesco by the store’s camera system.

The court also heard how Harrison committed a second burglary a month later, also in Newquay, where he broke into a detached bungalow before leaving empty handed. 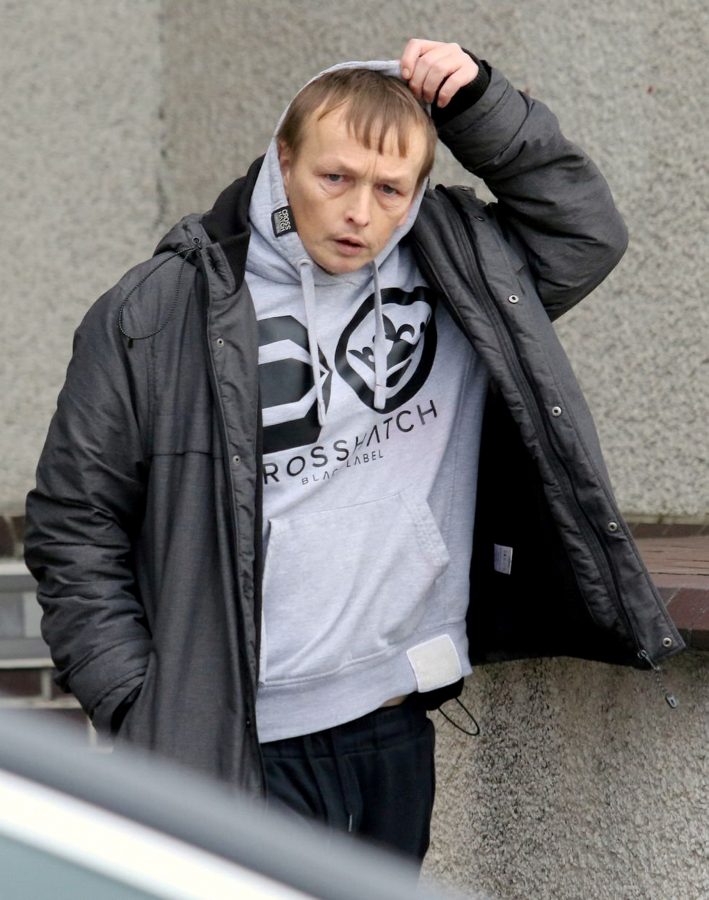 Judge Robert Linford then addressed the defendants and told them that it’s important they watched the victim impact video made by police so they could see the gravity of their crimes.

In the clip, the victim explained how she was born in the house but now feels “completely lost” and wishes she had a knife so she can kill herself.

She also stated that her life is no longer worth living and that the lockets had pictures of her ex-husband, sister and brother who was a pilot killed in the Second World War.

Harrison has 59 offences on his record including several for burglary, Chenoweth 30 mainly for thefts and Parr one for drugs.

Representing Harrison, Chris Andrews said that he has limited mitigation apart from his early guilty plea.

He said: “I showed him the video (victim’s interview) this morning and he was appalled. I could see the colour drain out of his face and he wishes to express his sorrow and hopes an apology will be sent to the victim.

“On the day of the offence he was off his head on the drugs that have blighted his life. He has little recollection of events.”

Michael Gregson, mitigating for Chenoweth, said he has a longstanding drug habit and was at the time homeless and drug dependent.

Mr Gregson said Chenoweth was given the bank card by those who he knew through the drug trade. He was told to go and try it after it had been declined and hand over whatever he got from the transaction. 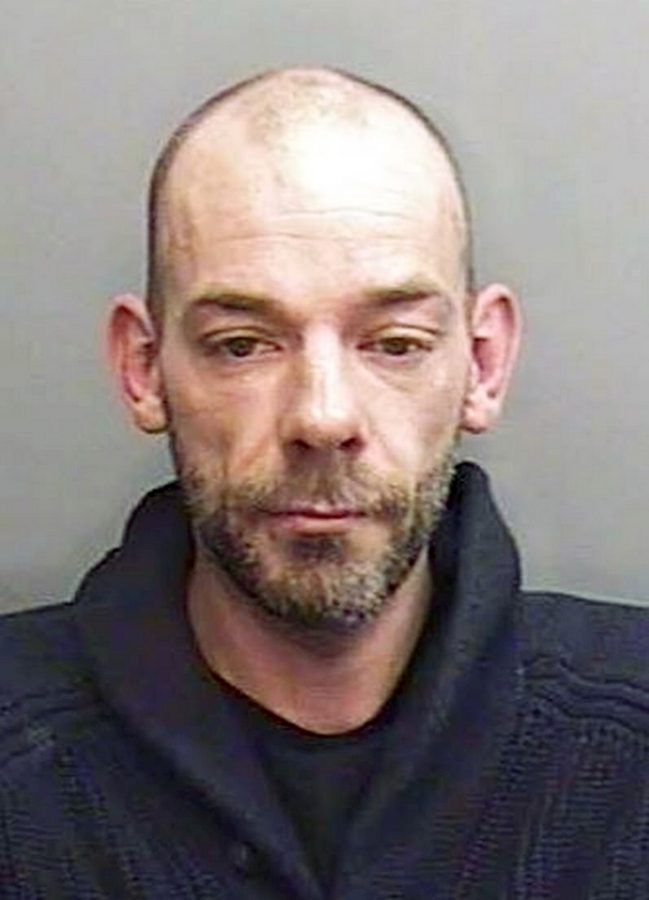 Mr Gregson said: “His benefit was limited and he didn’t know who the card had been stolen from.”

At this point in the proceedings Judge Linford interrupted and questioned how much Parr and Chenoweth knew about how the card was obtained.

Both of their legal representatives denied they had knowledge of the source of the card and Judge Linford ruled that there should be a separate hearing to determine whether they knew the card was stolen from an elderly victim.

He cast his doubts on Chenoweth and in particular Parr’s account and told them to return to the court at a future date, bailing them in the meantime. 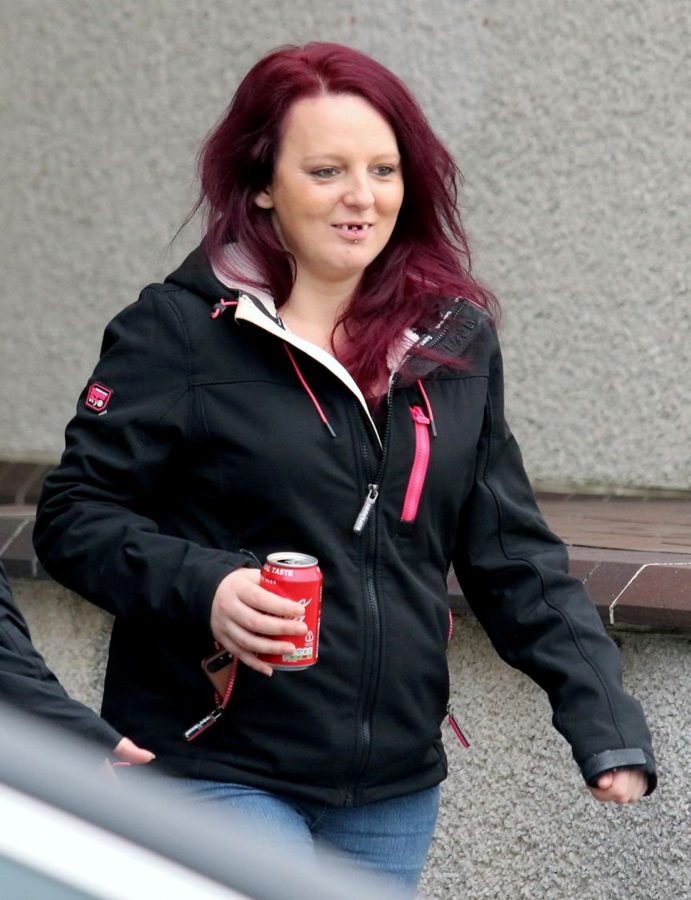 He said: “The victim is 95 and lived on her own in the house she’d lived in for all of her 95 years.

“Overnight she was alone asleep in bed when you burgled her home. You took a purse containing bank cards and cash from beneath her bed as she slept as well as very precious jewellery and even ate a small amount of her food.

“Within a few hours her cards were used to fleece her account and the effects of the burglary have been profound. I forced you to watch her victim personal statement because just maybe seeing the consequences of your offending may cause a change in your life.”

Judge Linford jailed Harrison for four and a half years.