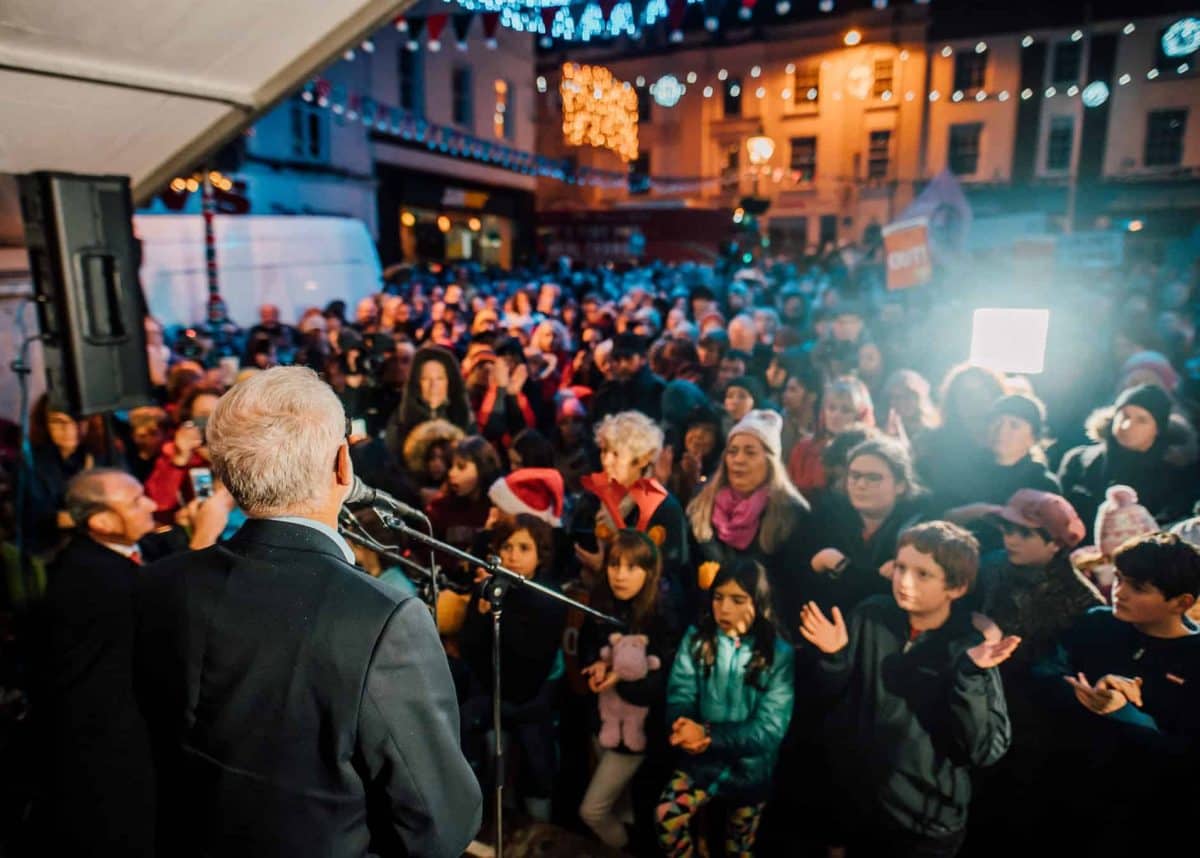 Jeremy Corbyn ended his election campaign by warning voters they are at a “fork in the road” between real change under Labour, and a Boris Johnson government that would “continue destroying our public services”.

He outlined the choice ahead for the nation – between yet more austerity and the reckless, unrealistic Brexit strategy of Boris Johnson, who would use it to further sell of the nation’s public services – or a future of hope, fairness and investing in the country, with an end to austerity, a serious six months attempt to sign a less damaging Brexit deal put back to the country for the people to have the final say.

The Labour leader closed a whirlwind eve-of-poll tour of marginal constituencies starting in Glasgow, with a rally in a packed warehouse venue in Hackney, east London.

Jeremy Corbyn could’t resist the opportunity to mock the Prime Minister, who had earlier entered a fridge to avoid an interview, promising he would be right back in a second.

“I’ve not come here to deliver milk, or to hide in a fridge,” Jeremy Corbyn said during the rally. “I’ve come here with a message of hope.”

Having earlier insisted Labour would win Thursday’s vote “no problem at all”, despite polls suggesting otherwise, Jeremy Corbyn stressed the “very profound” issues at stake.

“We’re literally at a fork in the road,” he told a young audience of hundreds as he ran through the best hits from his manifesto.

The Labour leader’s message of hope was enthusiastically cheered and applauded.

He warned of the secret negotiations to sell off the NHS in post-Brexit trade talks that the official documents he had leaked had revealed, adding: “That is what Boris Johnson would continue doing if elected again on Friday, destroying our public services on the altar of a global free market dominated by a small number of multinational companies.”

Labour’s chances of success looked to be fading when a YouGov poll suggested the Conservatives were on course for a 28-seat majority despite their lead narrowing.

But Jeremy Corbyn, while refusing to comment on the poll directly, was defiant in predicting Labour would still cruise to victory during an interview after a rally in Middlesbrough.

Saying that the “only poll that matters is the one tomorrow”, he said victory would come because Labour’s “message of hope” was being heard by voters despite a “relentless media assault”.

He declined to say whether he would resign if Labour does not get the victory he was forecasting. “I think you should concentrate on the election and the fact that Labour is going to win the election,” he said.

The Labour Party leader’s “fork in the road” message echoes the short video made by the makers of Ken Loach’s movies I, Daniel Blake and Sorry We Missed You both of which tackle the severe effects of  decade of Tory austerity in punishing working families and those out of work or disabled.

The film makers made a short plea to voters on Thursday to “confront the fork in the road” and decide what kind of society they want to live in.