Corbyn Mania continues to grip Glastonbury after incredible scenes on the main stage There were a few grumbles from some music quarters when this year’s Glastonbury lineup was announced. However it wasn’t music that was required when Labour Party leader Jeremy Corbyn stole the show on Saturday afternoon, appearing on the main Pyramid stage. In astonishing scenes […] 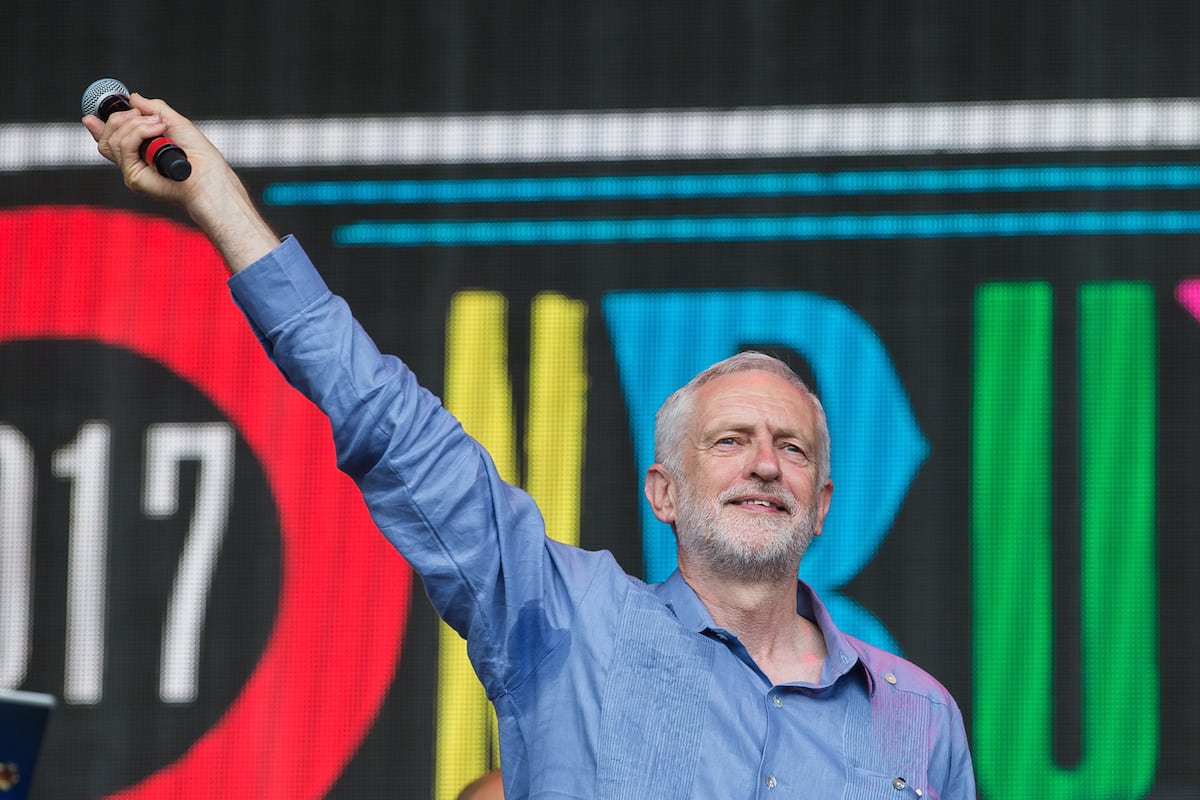 There were a few grumbles from some music quarters when this year’s Glastonbury lineup was announced. However it wasn’t music that was required when Labour Party leader Jeremy Corbyn stole the show on Saturday afternoon, appearing on the main Pyramid stage.

In astonishing scenes for a music festival, tens of thousands of music fans left other stages and bands such as the Kaiser Chiefs to mass around the Pyramid stage and watch Corbyn give a rousing 20 minute speech before US rap duo Run the Jewels took to the stage.

Corbyn was met with the rapturous ‘Oh, Jeremy Corbyn’ chant that has been sweeping the nation, which persisted through much of the speech.

The chant was sung by thousands of festival goers queuing to get into the site on Wednesday morning. On Friday evening, even Radiohead frontman Thom Yorke joined in with the crowd’s Corbyn chant during their Glastonbury headline set.

A visibly moved Corbyn came on stage arm in arm with Glastonbury festival organiser Michael Eavis, and could not resist a quip at Donald Trump’s expense. Pointing to the wall around the festival site, Corbyn said: “there’s a message on that wall for President Donald Trump, and do you know what it says? Build Bridges not walls,” referring to the border wall that the US president has made a corner-stone of his anti-immigration policies.

To big cheers, the Labour leader said he had been inspired by the surge of good will in his recent election campaign, that had defied the scorn of the right wing UK press saying: “the commentariat got it wrong. The elites got it wrong. Politics is about the lives of all of us.”

And in a long, hope-filled speech the Labour Party leader revealed the inspiration behind the Labour election “For the many, not the few” campaign slogan.

“Shake your chains to earth like dew/Which in sleep had fallen on you: Ye are many—they are few!”

Jeremy Corbyn at the Pyramid stage.

Watch Jeremy Corbyn's extraordinary appearance at the Pyramid stage, Glastonbury. In astonishing scenes for a music festival, an estimated 135,000 Glasto revelers congregated at the Pyramid stage to watch Corbyn give a rousing, hope-filled speech before US rap duo Run The Jewels took to the stage.“The commentariat got it wrong. The elites got it wrong. Politics is about the lives of all of us” said the Labour leader. Watch the full speech: #JeremyCorbyn #Glastonbury #Labour

Posted by The London Economic on Saturday, 24 June 2017

As the crowd started chanting his name again, Jeremy Corbyn called for “a decent, better society where everybody matters.”

Corbyn’s appearance comes after the news that he overtook Theresa May for the first time as voters’ choice for best Prime Minister, according to the latest YouGov poll.

Corbyn was scheduled to appear at last year’s event, but cancelled as it fell during the EU referendum campaign. However, this year the Labour Party leader appeared in the wake of a general election campaign in which he energised young voters and defied political pundits to erode the Conservatives’ Commons majority.

He was led on stage by 81-year-old festival founder Michael Eavis. This week Evis told the Guardian Newspaper “We’re Corbyn fans, that’s the thing,” “He’s got something new and precious, and people are excited about it. He really is the hero of the hour.”

Run the Jewels are known for their leftwing lyrics that touch on many social issues in the US. MC Killer Mike, from the group, is a friend and supporter of Bernie Sanders, who recently endorsed Jeremy Corbyn on a visit to Britain.

Glastonbury Festival has long been associated with leftwing politics. The late and much loved MP Tony Benn, a friend and mentor to Corbyn, was a regular and popular speaker at the festival which sells out its 135,000 tickets in minutes now. Corbyn seems to have picked up the mantle in some style.