“Our NHS should not be being sold off to private companies who then sue it, lining the pockets of bosses and shareholders at the expense of the public” said the Labour Party leader. 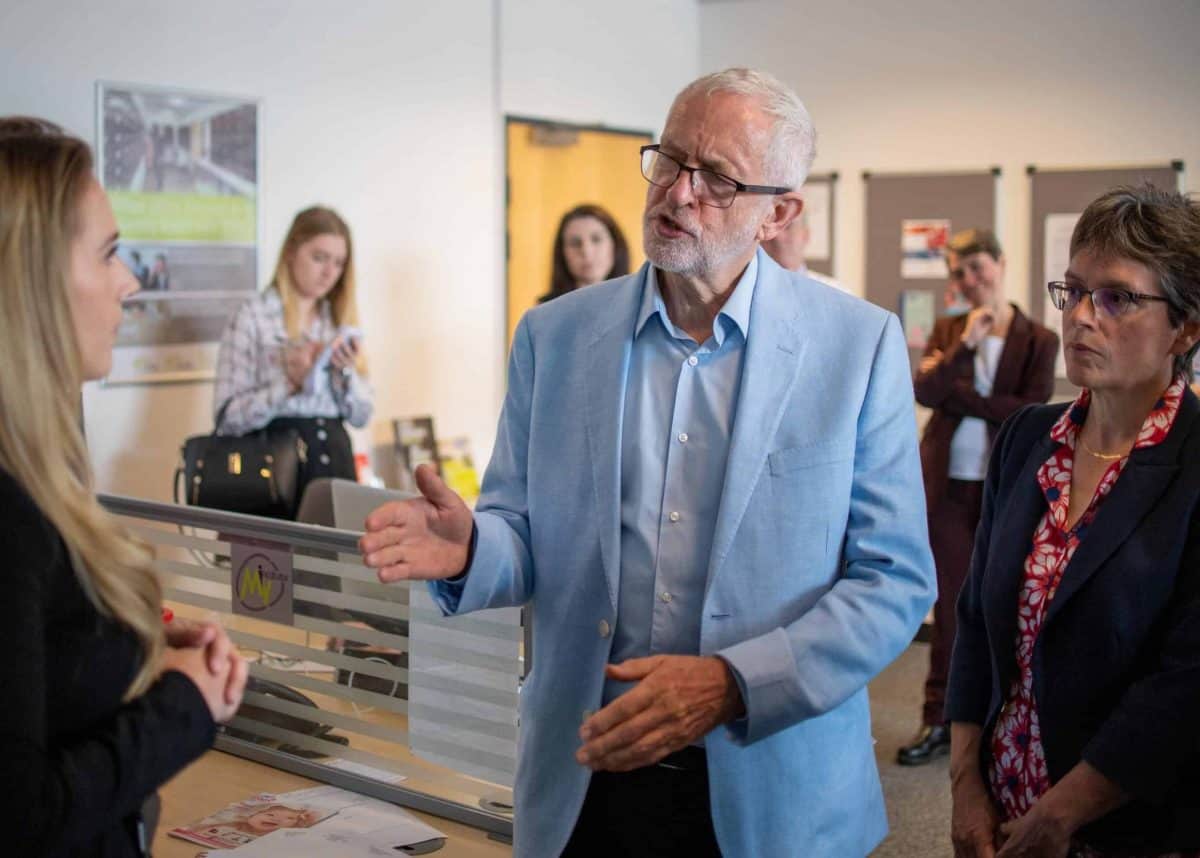 “This sums up the broken and rigged system under the Tories. It is appalling that any company should decide to sue our National Health Service, never mind a company that made a profit from cladding Grenfell Tower,” said the Labour Party leader.

“Our NHS should not be being sold off to private companies who then sue it, lining the pockets of bosses and shareholders at the expense of the public.

“Labour will put public health before private wealth, end NHS privatisation and ensure that our public services are run for people, not profit.”

Whittington Hospital bosses had pulled out of the arrangement with Ryhurst after a cash injection for the hospital which had been looking at having to sell off NHS property.

The arrangement had been extremely unpopular with locals, including many in the Labour Party leader’s constituency.  Jeremy Corbyn, Catherine West and Emily Thornberry are all local Labour MPs and campaigned against the decision.

Anti-privatisation campaigners Defend the Whittington Coalition organized demonstrations, especially after links emerged between the company and the Grenfell Tower blaze which killed 72 people.

Ryhurst is a subsidiary of Rydon, a company that worked on cladding Grenfell Tower in Kensington, west London before the 2017 blaze.

The company, which always denied any culpability and insisted its work had met government regulations, was not found responsible for any wrongdoing.

Hospital bosses had warned that cancelling a deal with Ryhurst could result in the company suing the NHS trust in a law-suit that could have catastrophic consequences on its resources for treating patients and even shut down the hospital.

But when the hospital board received a £19 million lifeline from the Department of Health after successfully meeting various funding targets, the hospital board decided it no longer needed to outsource its land estate in the deeply unpopular deal with Ryhurst.

Jeremy Corbyn spoke out at Ryhurst’s proceeding with court action against the Whittington Hospital next month as Defend the Whittington Coalition said they would hold a mass rally outside the Royal Courts of Justice where the case is due to be heard.

The lawsuit could impact greatly on the NHS trust’s services. The same company sued the Countess of Chester Hospital Foundation Trust and Wirral University Teaching Hospitals in the north-west of England for £2 million when the trusts cancelled similar plans to outsource estates services to Ryhurst after the Grenfell blaze.

Rydon have said about the case: “We are disappointed there has not been a resolution before this stage as we have always remained open to discussion with the trust.”