James O’Brien said “we live in a country that is utterly upside down” after a spate of Tory Islamaphobia cases went largely unreported in the media. Fourteen members of the Conservative Party have been suspended this week over Islamophobic comments made on Facebook, and last night Baroness Warsi, the Conservative Party’s first female Muslim minister, called […] 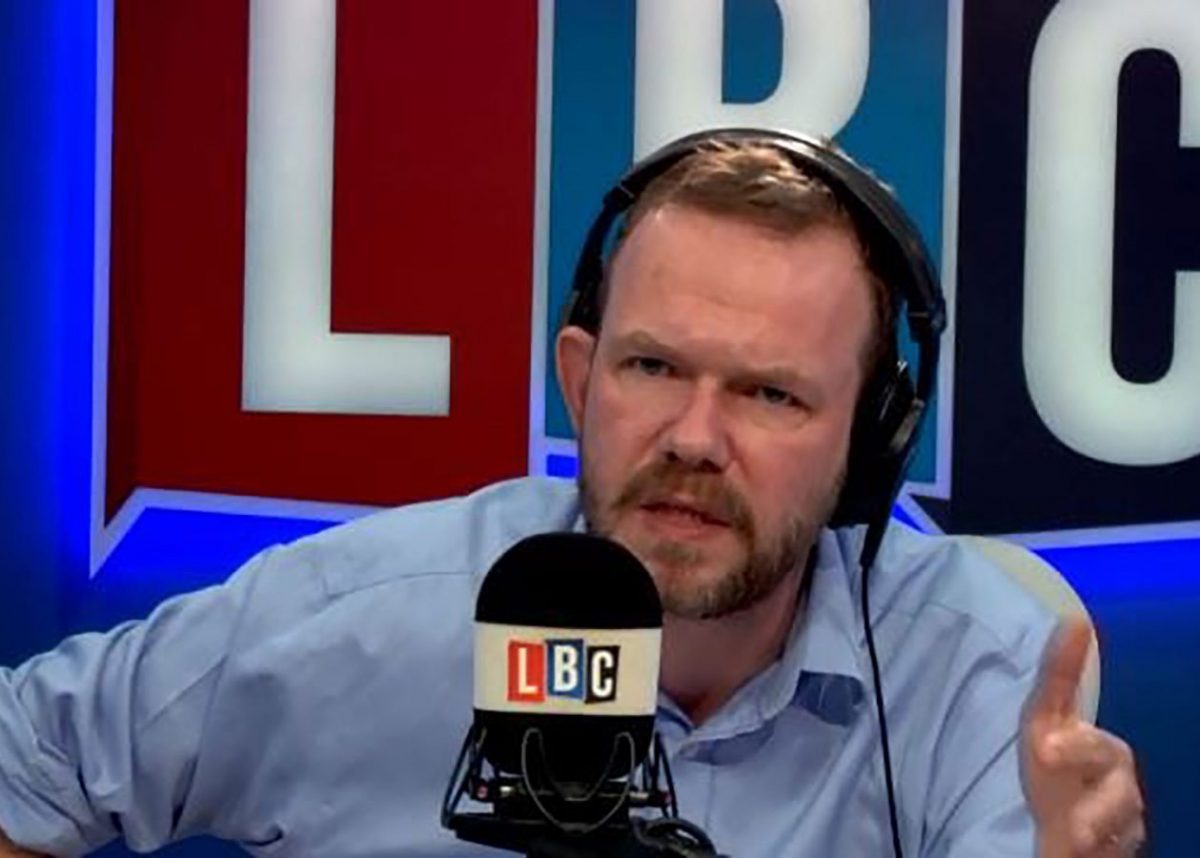 James O’Brien said “we live in a country that is utterly upside down” after a spate of Tory Islamaphobia cases went largely unreported in the media.

The Muslim Council of Britain previously attacked the party for being unable to deal with the “scourge of Islamophobia”, but the issue has seldom got the press coverage anti-Semitism in the Labour Party garners, which continues to dominate headlines today.

Speaking on his LBC show, O’Brien said: “Imagine if the New Statesman published an article by Owen Jones, stating baldly that there is not enough anti-Semitism in the Labour Party. What would happen?”

“Imagine if Diane Abbott or John McDonnell came forward with comments about Jewish women being like letterboxes, or made a joke about the wigs that orthodox Jewish women wear. Made a joke that invited people to mock and condemn them.

“Imagine if, for example, John McDonnell said ‘Why do all these Jews walk around with frisbees on their head?’

“Explain to me how that would be substantively any different to what Boris Johnson said about Muslim women’s sartorial choices, the ones that make them look like letterboxes.

“That’s not even controversial, that comparison.

“Just imagine if Owen Jones wrote an article about there not being enough anti-Semitism in the Labour Party and then tell me how the hell Rod Liddle gets to write an article arguing that there’s not enough Islamophobia in the Conservative Party.

“And he’ll still get invited on to programmes and into studios. And Andrew Neil can still claim when he’s covering these issues that he’s impartial. And Fraser Nelson can host an event at the Palladium with Jacob Rees-Mogg, whose fans are so vile that 14 of them have been suspended from the very party.

“Just swap all of those phrases. Swap Islamophobia for anti-Semitism. Swap Rod Liddle for Owen Jones. Swap Fraser Nelson for Jason Cowley over at the New Statesman and swap Jacob Rees-Mogg or Boris Johnson for Diane Abbott or Tom Watson.

“And you tell me that we don’t live in a country that is utterly upside down.”