Speaking to the Chicago Sun Times, Jacob Blake Snr said his son had "eight holes" in his body. "What justified all those shots?" his father said. "What justified doing that in front of my grandsons? What are we doing?" 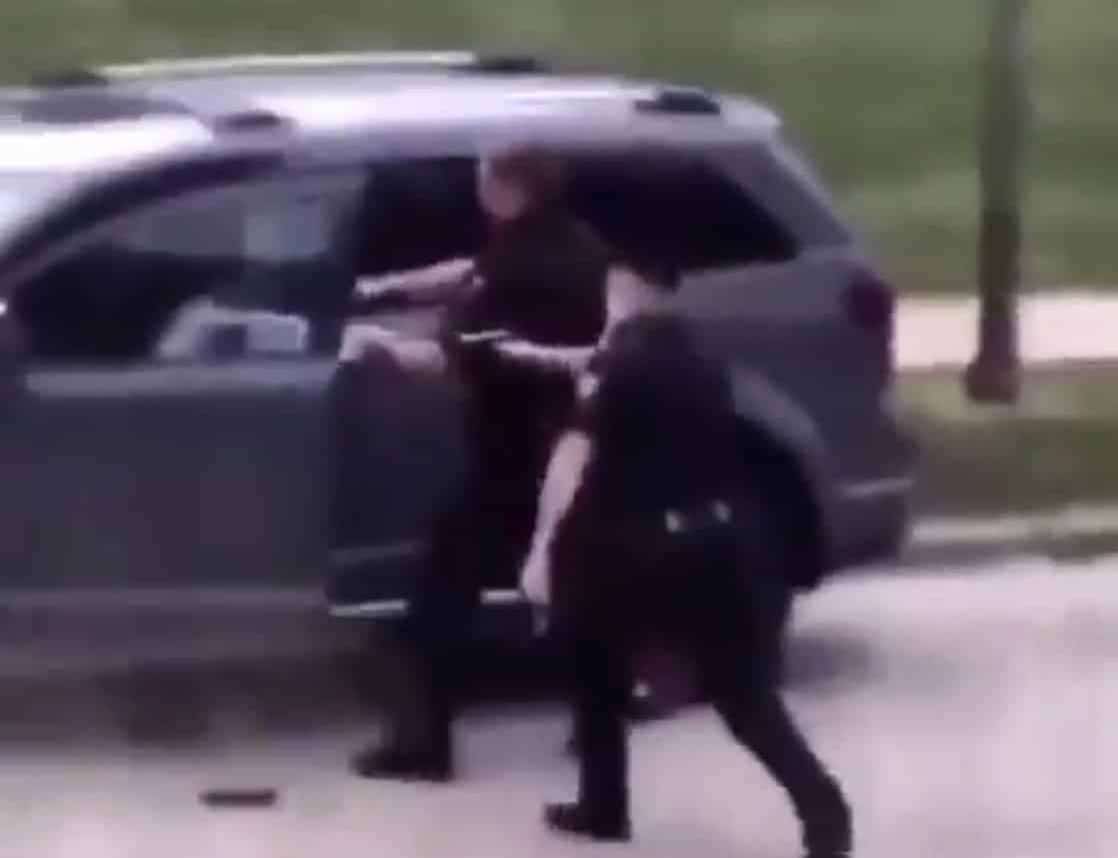 A black man who was shot seven times in the back by police in Wisconsin – causing days of unrest – is paralysed from the waist down, his father said.

Jacob Blake, 29, was shot repeatedly as he opened a car door in the city of Kenosha on Sunday. Blake’s sons were reportedly in the car at the time.

Two nights of protests in the city followed, with buildings and cars set ablaze. His father has now told a newspaper in the US that Jacob is paralysed – but doctors do not know whether the damage is permanent.

Speaking to the Chicago Sun Times, Jacob Blake Snr said his son had “eight holes” in his body. “What justified all those shots?” his father said. “What justified doing that in front of my grandsons? What are we doing?”

Video footage of the shooting, which quickly went viral on social media, shows the father-of-three leaning into the car before an officer grabs his shirt. Seven shots can then be heard.

Blake’s fiancée said the pair’s children were screaming as their father was shot. Speaking to NBC, Laquisha Booker questioned why police officers would shoot someone “who’s not armed, not giving you no problems”.

“You shot him numerous times for no reason, it didn’t take all that,” she added. “You disregard that my kids was in the car at all – and you knew that they were in there because I kept screaming that before y’all made it to the other side of the driver’s side to get him in the car.

“I’ve been yelling that the whole time, let me get my kids. So that’s not important to y’all. What’s important is killing somebody.”

Police claimed they were responding to a domestic incident – but there is no indication who called police, and it is unclear what happened before the video recording began.

Blake’s shooting comes at a time when the US is riven with questions about systemic racism in its institutions following the death of George Floyd in May, sparking protests across the US and overseas.

Related: Graphic footage: Unarmed black man shot in the back by Wisconsin police as children look on