Health service staff were excluded from the recently-announced wage increase for around 900,000 public sector workers. 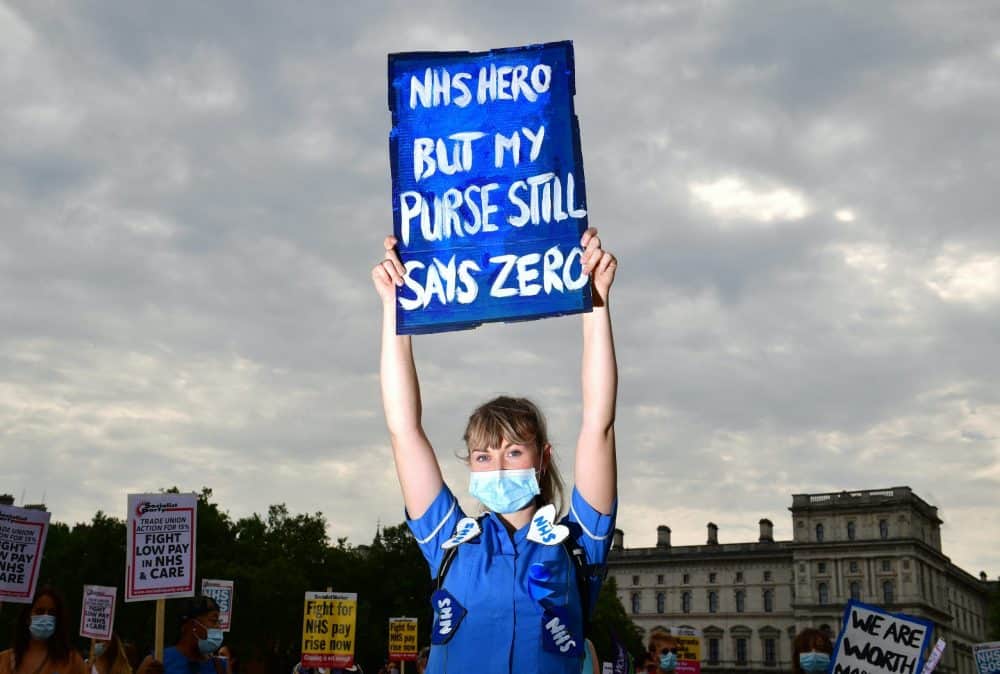 NHS workers are taking to the streets across the UK to demand higher wages.

Health service staff were excluded from the wage increase for around 900,000 public sector workers announced a couple of weeks ago because they are in the final year of a three-year pay deal.

Instead they are due a pay rise next April, but unions want the Government to show its appreciation for NHS staff by bringing it forward to this year.

More than 500 health workers have died so far following exposure to coronavirus.

The NHS staff are staging socially-distanced protests to demand the Government recognises their role in the Covid-19 fight through higher wages.

Protesters gathered in St James’s Park and on Horse Guards Parade in central London ahead of their demonstration in the capital.

A samba band could be heard leading people in chants of “One, two, three, four, five, keep our NHS alive”.

The protesters observed a two-minute silence for colleagues who have died from Covid-19, before making their way along Whitehall towards Downing Street.