The open letter thanks the Labour leader for “raising political awareness in our country to a level not seen since the end of World War II” in the face of unprecedented media hostility. 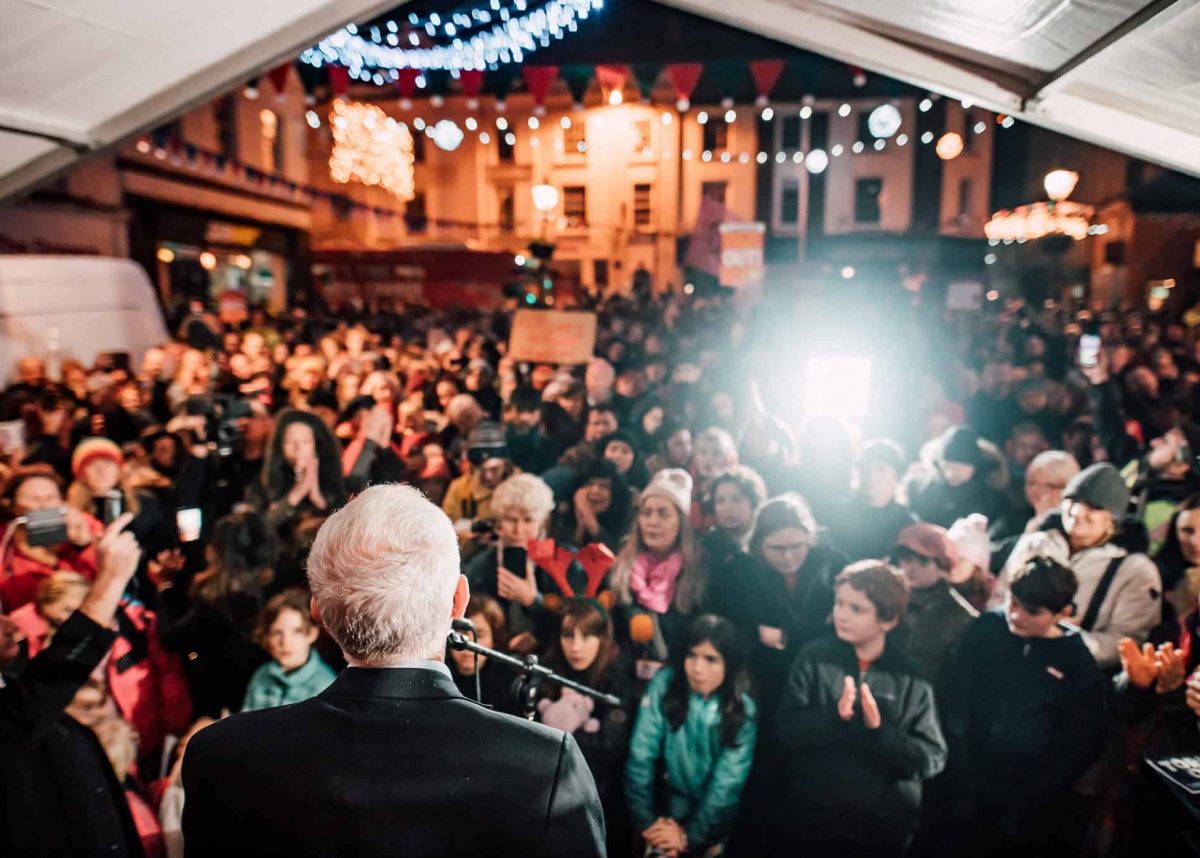 They write thanking him for his “humanity, courage and insight” and “raising political awareness in our country to a level not seen since the end of World War II.”

The letter praises the Labour Party leader’s “dignity” in the face of unprecedented provocation from the media.

Hundreds more people from all kinds of other professions have been emailing asked to add their names too within hours of writer David Wilson posting the letter on the People’s Campaign For Corbyn Facebook page, where the letter has been shared hundreds of times.

“Twenty four hours ago we published a letter in support of Jeremy Corbyn, signed by Ken Loach, Brian Eno, Alexei Sayle and many others – musicians, writers, poets, photographers and actors. Almost immediately our email inboxes were filling up with requests to add their names, all of them accompanied with impassioned messages of solidarity for the man and all he represents and struggles for,” said David Wilson.

“It really is an example of ‘We are all Jeremy Corbyn’. It reached the stage when I didn’t want to have to read yet another impassioned plea to be included in the letter. But of course I do, but how to deal with this tsunami of solidarity?”

Mr Wilson said that at points his email stopped working with 20 emails a minute. He promised that all the names are recorded on an updated letter which will be forwarded onto the Labour party leader’s office, along with the original list of cultural figures, and showed us the emails that had come in.

Those that wanted to add their names to the open letter, included:

Anne Mapson I would like to add my name to the general non artists list. I am a Palliative care nurse. Jeremy Corbyn is a man of principle.

Jane Kinsella I too would like to be added to this list. An ex NHS nurse who now works with disadvantaged vulnerable adults.
JC gave me back my faith in politicians (some of them anyway) – I am sorry that he isn’t leading us into the future, I fear we’re heading for for a very challenging few years.

Engineer Phil Smith Although I’m not an artist or poet I would like to the thank Jeremy Corbyn and this post just about says it all.

Here is the original letter:

To Jeremy Corbyn MP – leader of the Labour Party

As artists and writers, we would like to thank you for raising political awareness in our country to a level not seen since the end of World War II. Your humanity, courage and insight have mobilised a new generation of socialist activists.

Much of our work reflects the world we live in and, as leader of the Labour Party, you have inspired and energised us for the future.

The media has been atrocious in the recent election and, in the face of provocation, we congratulate you for keeping your dignity and clarity.

You will never be forgotten.

Lee Mark-Jones – Theatre of the Wild

And many, many more people who are not artists or writers.