“It was like a nuclear explosion,” one witness said. 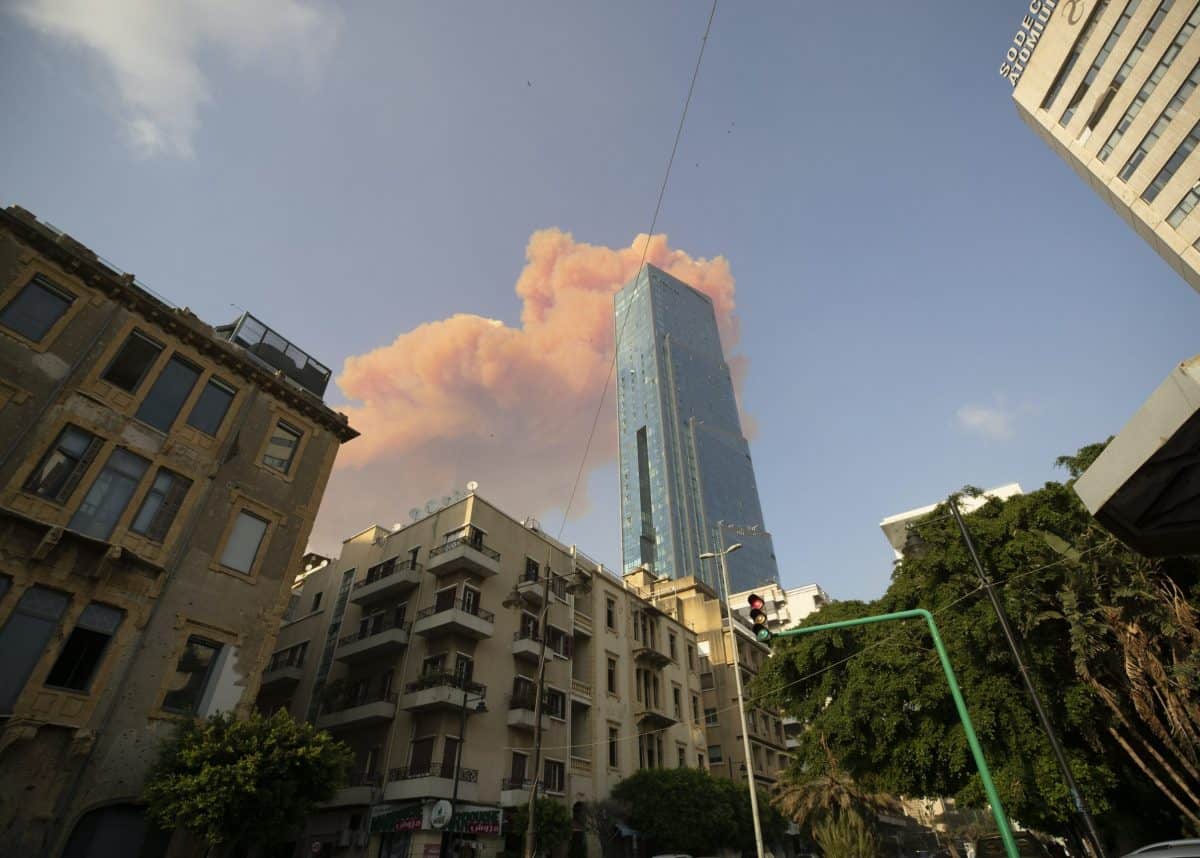 A massive explosion has rocked central Beirut, damaging buildings and blowing out windows and doors as a giant mushroom cloud rose above the capital of Lebanon.

Lebanese Red Cross official Georges Kettaneh said there were dead and wounded, but did not have an exact figure – just saying there were hundreds of casualties.

A civil defence official on the scene of the blast said his men had evacuated dozens to hospitals and that there were still bodies inside the port, many of them under debris.

The cause of the blast was not immediately known.

It was stunning even for a city that has been shaken by civil war, suicide bombings and bombardment by Israel.

Dozens of ambulances ferried the injured from the port area, where the wounded lay on the ground, Associated Press staff at the scene said. Hospitals called for blood donations.

The head of the Lebanese Red Cross told local TV there were hundreds of casualties although many were superficial wounds from broken glass.

Video taken by residents showed a fire raging at the port, sending up a giant column of smoke, illuminated by flashes of what appear to be fireworks. Local TV stations reported that a fireworks warehouse was involved.

The fire then appeared to catch at a nearby building, triggering a more massive explosion, sending up a mushroom cloud and a shock wave over the city.

“It was like a nuclear explosion,” said Walid Abdo, a 43-year-old school teacher in the neighbourhood of Gemayzeh near Beirut.

Charbel Haj, who works at the port, said it started as small explosions like firecrackers, then the huge blast erupted and he was thrown off his feet. His clothes were torn.

Miles from the port, balconies were knocked down, windows shattered, streets were covered with glass and bricks and lined with wrecked cars. Motorcyclists picked their way through traffic, carrying the injured.

The blast came at a time when Lebanon’s economy is facing collapse, hit both by a financial crisis and coronavirus restrictions. Many have lost jobs, while the worth of their savings has evaporated as the currency has plunged in value against the dollar. The result has thrown many into poverty.

It also comes amid rising tensions between Israel and the militant Hezbollah group along Lebanon’s southern border.

The explosion was reminiscent of massive blasts during Lebanon’s civil war and took place only three days before a UN-backed tribunal was set to give its verdict in the killing of former prime minister Rafik Hariri in a truck bombing more than 15 years ago.

That explosion, with a ton of explosives, was felt miles away, just like Tuesday’s explosion.

“Nothing to do” with the blast

An Israeli government official later said his country “had nothing to do” with the blast.

Israel and Lebanon’s Hezbollah militant group are bitter enemies, and tensions have been high following a series of recent clashes.

Earlier on Tuesday, Prime Minister Benjamin Netanyahu warned Hezbollah that Israel would not hesitate to strike again if it felt it was necessary.