A “truly evil” pair of Neo Nazis chasing a “dystopian” ideology were jailed after being found guilty of being members of National Action after the group was banned.

The group was proscribed by Home Secretary Amber Rudd in December 2016 in the wake of the murder of Labour Mp Jo Cox.

But Lythgoe continued to organise meetings of National Action members at the Frair Penketh Wetherspoon pub in Warrington.

There he and Hankinson discussed “purging” Britain of its Jews and ethnic minorities while they heard friend Jack Renshaw describe his plot to cut the throat of his local MP Rosie Cooper.

He also wanted to kill Detective Constable Victoria Henderson with a Gladius Machete after he faced allegations of grooming young boys.

HOPE not hate provided evidence to the police that helped to convict the group. HOPE not hate deputy director Jemma Levene said: “Neo-nazi Jack Renshaw is GUILTY of preparing acts of terrorism. He now faces years in jail.

“Renshaw planned to murder his local MP and a female police officer. He was stopped in his tracks by HOPE not hate and the bravery of one of our sources, Robbie Mullen, who broke cover to tell the authorities about the plot.

“Additional information from Robbie has resulted in National Action leader Christopher Lythgoe receiving an eight-year sentence for membership of a proscribed terrorist group. 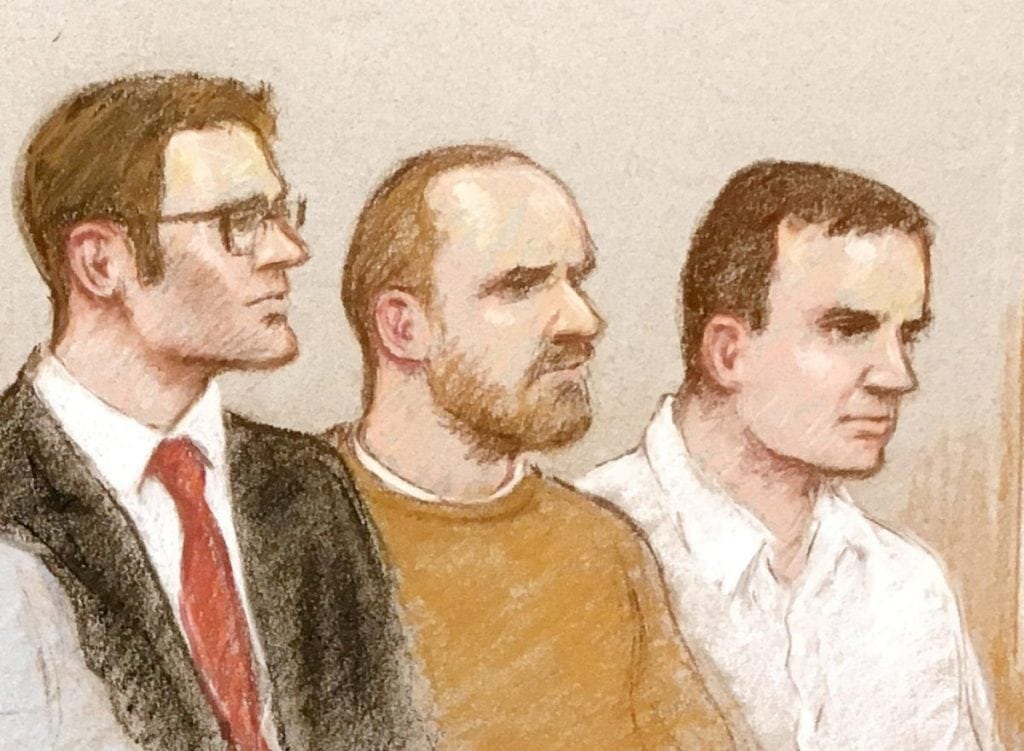 “This case should also be a timely reminder about how antisemitism continues to be at the very heart of this movement. Renshaw was convicted earlier this year for vile antisemitic speeches. He told the court that he wanted to kill Rosie Cooper because she was the local representative of the Jewish-controlled state.

“Society owes a debt of gratitude to Robbie Mullen for the brave work he’s undertaken, at great sacrifice to himself. He had to walk out of his job, go into hiding and now has to spend the rest of his life knowing that there’s a target on his back. He knew the risks he was taking by stepping forward to give evidence, but he knew he had to save Rosie’s life.

“HOPE not hate has been central to this story for more than a year now – from revealing the plot to the police through to giving evidence in court. We never stopped monitoring National Action, even after they were proscribed, so today’s conviction of Lythgoe and Matthew Hankinson was particularly pleasing.

“For legal reasons there’s a limit to what more we’re allowed to say about this case, but when we can update further we will.”

Judge Robert Jay said: “This truly evil and dystopian vision I am describing could never have been achieved by National Action, a small group who operated on the peripheries of society.

“The real risk lies in the risk of isolated acts of terror.

“National Action is a Neo Nazi group which is virulently racist and anti-Semitic, it’s ideology promotes the idea that this country will see a violent race war.

“It seeks to divide society by promoting violence against race ethnic minorities.

“The meetings at the Friar Panketh pub in Warrington became the focus for the keeping alive of an aspiration that was truly insidious and evil that the idea that this country should be purged of its Jews and ethnic minorities.”

He described Lythgoe as a “fully fledged Neo Nazi complete with deep seated racism and anti-semitism.”

Hankinson was a “Neo Nazi who glorified and revelled in the hatred of ethnic minorities and Jews.”

Judge Jay added: “You were a prominent member of National Action.”

Earlier prosecutor Duncan Atkinson QC described Renshaw’s plot and told the jury: “His plan had a more sophisticated dimension, in that its objective was not simply to make a political point, as he put it to kill for National Action and White Jihad, but to revenge himself on those he considered to be persecuting him and trying to send him to prison for a significant period, namely the Lancashire Police in general and DC Victoria Henderson in particular.”

He added: “The primary purpose of National Action remained the desire to start a race war and to free “white Britain” of Jewish control and the proliferation of ethnic minorities.

“Hostile to democracy and the British state, National Action actively sought to recruit and radicalise young people through the violent imagery and hate-filled language of its social media messages, its provocative street demonstrations and intimidation of local communities.

“It was such activities, culminating in its support for the murder of the MP for Batley, Jo Cox, in June 2016, that led to its proscription meaning that the Secretary of State considered that it to be an organisation concerned in committing, participating in, and promoting terrorism, and therefore needed to be proscribed – to be banned.”