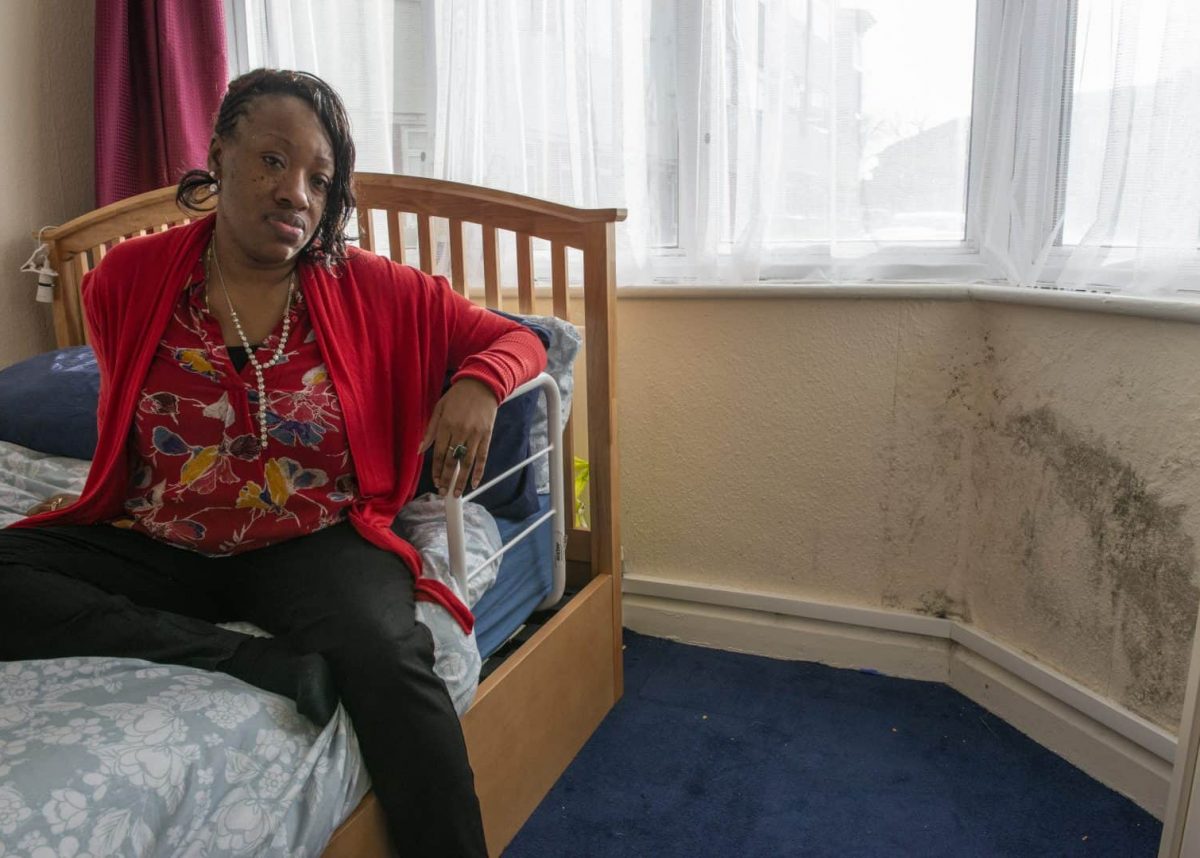 The report, This Is England: A Picture Of Homelessness In 2019, said the figures could actually be much higher due to homelessness regularly going undocumented, such as via “sofa surfing”.

In a regional breakdown of homelessness, the review found that London comes out worst with one in 52 people now homeless in the capital.

The Borough of Newham tops the list with on in 24, followed closely by Haringey and Kensington & Chelsea, both with one in 29.

Sarah Martin, from Brent in north-west London, spent a year living in “squalid” and cockroach-infested temporary accommodation with her 14-year-old son, Ishmael.

The pair became homeless after Ms Martin’s mother died and they were evicted from the house.

The 40-year-old said: “I suffered a mini-stroke as a result of MS, which led to myself and Ishmael moving back in with my mum for extra support.

“We were dealt another blow when my mum passed away – before I even had time to grieve, we were facing eviction from the place we’d called home for years.”

In the temporary accommodation the small family were forced to share a bathroom and kitchen with other tenants.

“People would stumble around the corridors wild-eyed on drink and drugs and one poor woman tried to set herself alight.

“It was completely terrifying.

“Ishmael’s cheeky smile vanished, replaced by a nervous frown. He had been getting really good grades at school but they plummeted.

Shelter, which helps people across the UK, recently intervened in Ms Martin and Ishmael’s case and the council agreed the flat was not suitable. They are now waiting to see if they will be moved.

The charity’s report also found that, outside the capital, rates of homelessness are “stark” in areas such as Luton (one in 46), Birmingham (one in 66), and Brighton and Hove (one in 75).

Chief executive Polly Neate said: “This is the grim truth our new Government must confront and do something radical to change.

“Until the Government acts to stem this crisis, the work of our frontline advisers remains critical.

“With the public’s support we will do everything we can to help people find a safe and stable place to live – no matter how long it takes.”

A spokesman for the Ministry of Housing, Communities and Local Government said it was supporting councils to reduce the numbers of people in temporary accommodation.

He added: “(We’re) giving £1.2 billion to tackle all types of homelessness.

“Everyone should have somewhere safe to live, and councils have a duty to provide accommodation to those who need it, including families with children.”