Two in five of the deaths were related to drug poisoning. 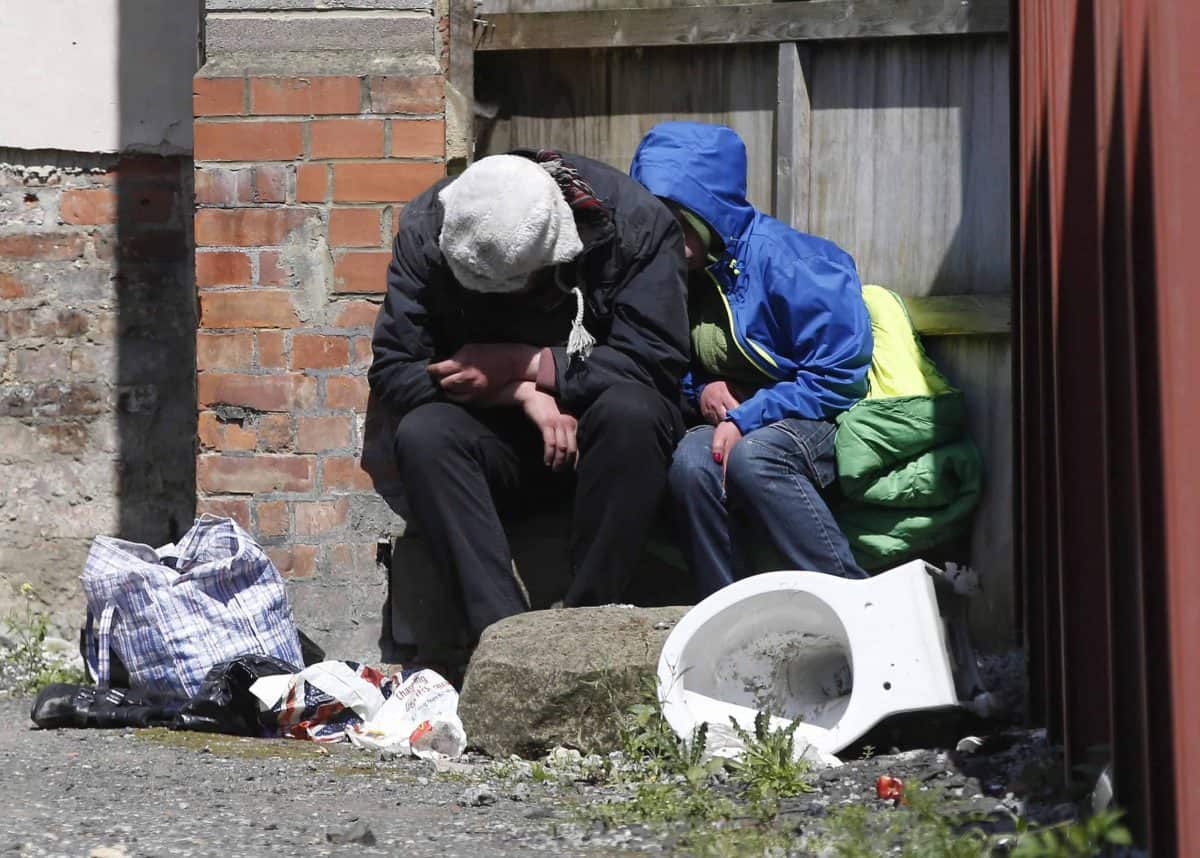 A huge increase in drugs fatalities has contributed to the biggest rise in deaths of homeless people in England and Wales since records began.

Deaths of homeless people increased by 22% to 726 in 2018 – the largest rise since 2013, according to Office for National Statistics (ONS) figures.

Two in five of the deaths were related to drug poisoning – an increase of 55% on 2017 and compared to just 16% for the population as a whole.

Ben Humberstone, head of health analysis and life events at the ONS, said: “The deaths of 726 homeless people in England and Wales recorded in 2018 represent an increase of over a fifth on the previous year. That’s the largest rise since these figures began in 2013.

“A key driver of the change is the number of deaths related to drug poisoning, which are up by 55% since 2017, compared to 16% for the population as a whole.”

London had the highest number of deaths, with 20% of the total, followed by the North West, with 14%.

The ONS said deaths from drugs had more than doubled over the six years it had been recording the data.

The most frequently mentioned substances on the death certificates of those identified as homeless in 2018 were opiates, with heroin or morphine being the most common forms.

Jon Sparkes, Crisis chief executive, said: “It is heart-breaking that hundreds of people were forced to spend the last days of their lives without the dignity of a secure home.

“This is now the second year running where we have known the true scale of the human cost of homelessness, yet still the lessons from these tragic deaths go unlearnt.”

Mr Sparkes continued: “It’s crucial that governments urgently expand the safeguarding system used to investigate the deaths of vulnerable adults to include everyone who has died while street homeless so we can help prevent more people from dying needlessly.

“Because in this day and age, there is no excuse for anyone dying without a safe place to call home.”

The Liberal Democrats criticised local and national politicians for a failure to tackle homelessness and warned that thousands more people could be trapped in “hidden homelessness”.

Jane Brophy, Lib Dem MEP for the North West, said: “These numbers are likely to just be scraping the surfaces. Big cities like Manchester and Liverpool often have a deep-rooted ‘hidden homeless’ crisis and we must take on the causes.”

John Leech, leader of the Lib Dems in Manchester, said: “Today’s figures don’t just highlight the gross incompetence and lack of priorities from local and national politicians, nor is it just a complete embarrassment, but it exposes the deeply worrying, critical and consistent failure of a local and national system that simply doesn’t care.”

The ONS figures show that the highest estimated number of homeless deaths by local authority were in major urban centres – consistent with data showing higher concentrations of rough sleeping in urban areas.

The local authority with the highest number of estimated deaths was Birmingham, with 23 deaths, followed by Newcastle, with 20.

Mr Leech pledged to end the crisis in Manchester, which had the third-highest recorded number of deaths, with 19 homeless people estimated to have died in 2018.

He said: “Perhaps most tragically, these figures are just the tip of the iceberg. Walk down any city centre street and you will see people with next to nothing to their name.”

He added: “In Manchester, only the Liberal Democrats will end this crisis and we have pledged to end wasteful spending and invest more money than ever before into preventing homelessness, tackling the causes and putting an end to the greatest injustice of our lifetime.”