Lord Alf Dubs who campaigns for child refugees after arriving in the UK on the Kindertransport in 1939 says Chief Rabbi Mirvis went ‘too far’ in his attack on Corbyn. 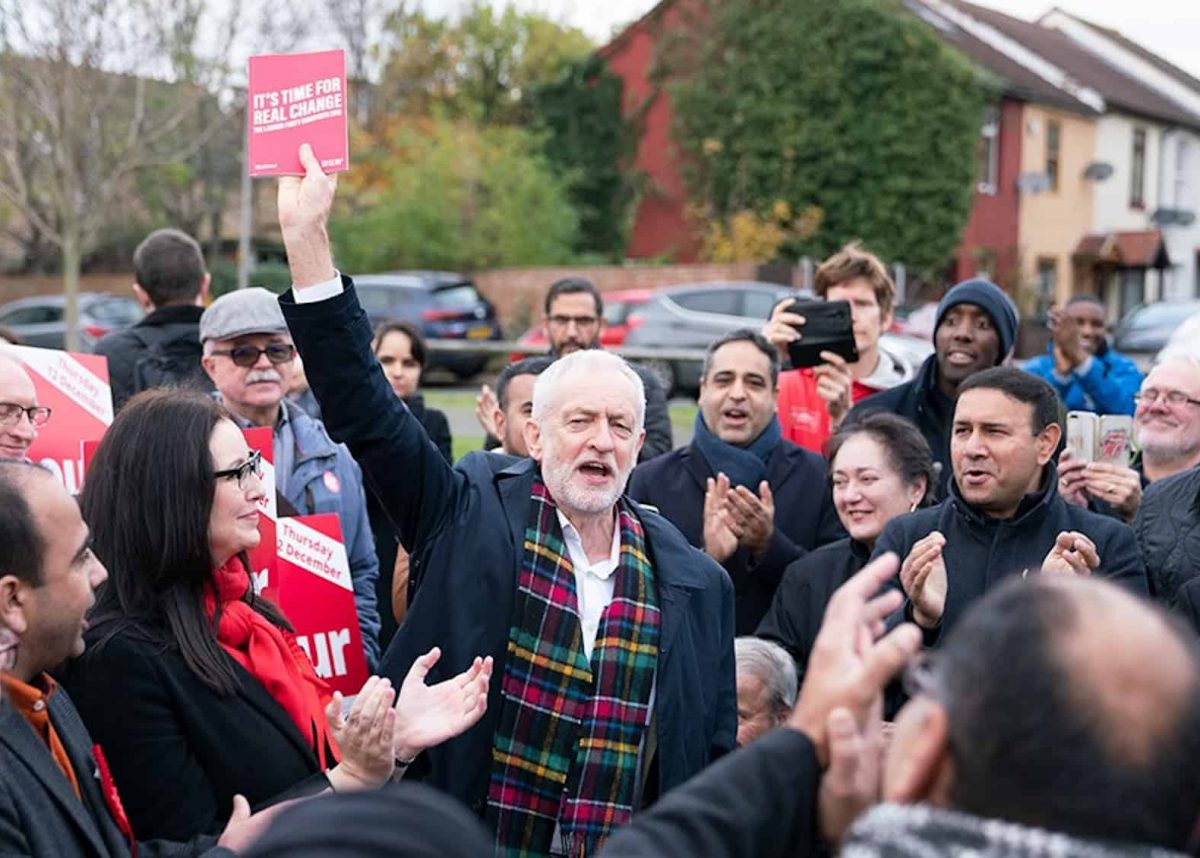 Today Labour’s launch of pledges on faith and race was overshadowed by another Times front page associating the party with antisemitism.

During the election campaign, three candidates have been sacked for expressing antisemitic views, two Conservative and one Lib Dem candidate. But today front pages turned on the Labour Party.

On a day in which Labour are pledging to go further than any other party in protecting the Jewish community, both physically at synagogues, and online tackling antisemitism on social media, the Times ran a piece by Chief Rabbi Ephraim Mirvis entitled: “What will become of Jews in Britain if Labour forms the next government?”

In an extraordinary intervention as Labour was set to announce a raft of important promises to protect faith communities and fight racism, the rabbi whose denomination serves a fifth of UK Jews wrote: “The way in which the leadership of the Labour Party has dealt with anti-Jewish racism is incompatible with the British values of which we are so proud”

He added: “When December 12th arrives, I ask every person to vote with their conscience. Be in no doubt – the very soul of our nation is at stake.”

Holocaust refugee Lord Alf Dubs who arrived in Britain in the Kindertransport, one of the children from Jewish families saved by Sir Nicholas Winton’s hastily organised trains, accused Chief Rabbi Mirvis of going “too far.”

The Labour peer defended Jeremy Corbyn, insisting the Labour leader was not antisemitic and a staunch fighter against racism.

Lord Dubs, who arrived in the UK in 1939 as a refugee from Nazi-occupied Czechoslovakia, said he respected Ephraim Mirvis, but on this he was wrong.

Lord Dubs told the BBC’s Today programme: “I have a lot of respect for the chief rabbi, I’ve co-operated with him on campaigns on behalf of child refugees, I’ve spoken to him in many synagogues and I’ve got a lot of positive feeling about the Jewish community, but I think today the chief rabbi has gone too far.”

On the independent inquiry Labour held and disciplinary actions brought against people who are members of the Labour Party and are found to have been antisemitic, Lord Dubs conceded: “I think the Labour party has been much too slow in getting to grips with this, and I’ve been critical of the Labour party over the last two or three years, but I feel we are getting there, and I want to look at it from the point of view of where we are today and moving forward.”

No other political parties have held similar public inquiries into dealing with antisemitism.

Asked if he thought Jeremy Corbyn was fit to be prime minister, Lord Dubs defended the Labour leader, insisting he was and added: “I don’t believe he is personally antisemitic and I believe he will find it very, very hurtful that people accuse him of being antisemitic or racist or Islamophobic. He is none of those things.”

Asked whether Jewish people should fear a Labour government, as Chief Rabbi Mirvis had written, Lord Dubs added: “I would say you do not have to fear. There are many of us in the Labour party who will ensure that there is no fear for you, and we respect your concerns but let’s move forwards.”

Senior Labour figures insisted the party is committed to driving out anti-Semitism after Britain’s Chief Rabbi suggested Jeremy Corbyn’s failure to tackle the issue made him unfit for high office.

Shadow transport secretary Andy McDonald accepted there were issues that had to be dealt with within the party but he strongly rejected the Chief Rabbi’s characterisation of Mr Corbyn.

“It is a serious intervention. It is a reminder of the hurt that has been caused to the Jewish community by the instances of antisemitism within the party and broader than that,” he told Sky News.

“I really do take issue with the conclusions the Chief Rabbi has raised about the character and nature of the party and indeed Jeremy Corbyn who has devoted his life to fight racism of all kinds.

“People come into the Labour Party to fight racism in all its manifestations and it is upsetting, to say the least, to find ourselves trying to deal with these small number of incidents.

“We are a huge movement and this represents a tiny fraction of our membership. Nevertheless it is serious and it has to be dealt with head on.”

Andy McDonald said a claim by Chief Rabbi Mirvis that there were at least 130 outstanding cases of antisemitism before the party with “thousands more” having been reported was “erroneous”.

“Labour is the party of equality and human rights. Our Race and Faith Manifesto presents our unshakable commitment to challenge the inequalities and discrimination that has faced to many communities.

“Whatever your background, wherever you are from, whatever your faith or religious belief, you should have the chance to use your talents to fulfil your potential. Labour will tackle head on the barriers that have unfairly held back so many people and communities.”

Major policy announcements as part of Labour’s new Race and Faith Manifesto include:

Stephen Timms, Labour’s Faith Envoy, added: “Faith groups – through foodbanks, are on the frontline dealing with emergencies caused by austerity policies. They see day after the damage that’s being caused.

“In the Labour Party, we want to give faith groups a voice as they call for change. And we recognise that their faith motivates their work.”