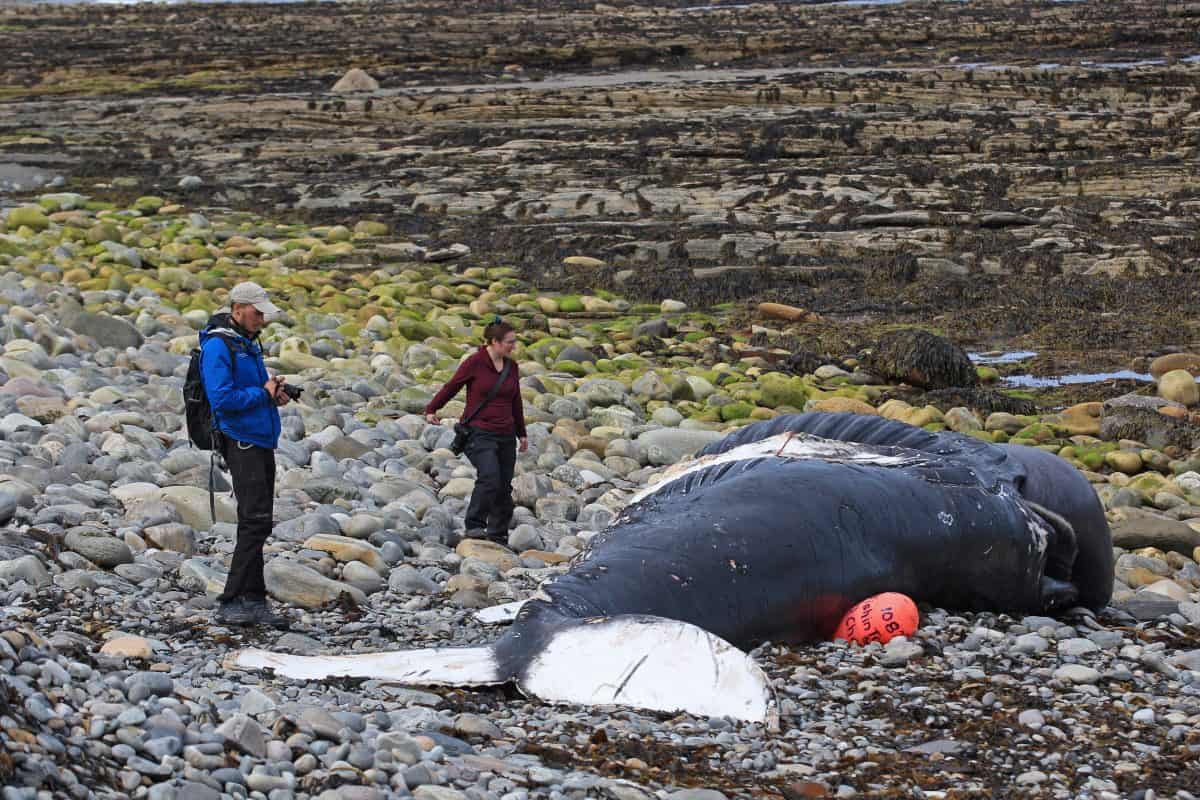 The whale was spotted on Wednesday before its body came ashore this morning.