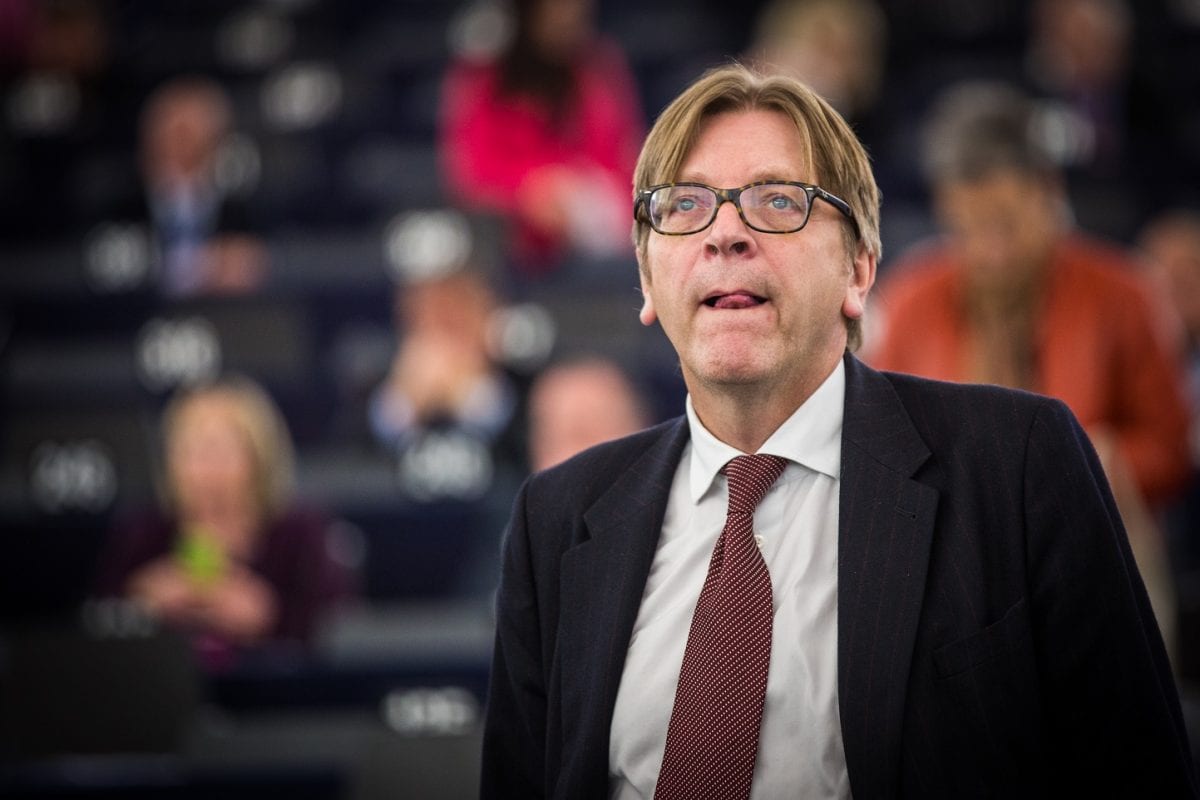 A free trade agreement will be “very difficult” to secure if Britain seeks to diverge from EU standards, Guy Verhofstadt warned on Friday.

The European Parliament’s Brexit co-ordinator said the scope of a trade deal during the upcoming negotiations would depend on Boris Johnson’s “willingness to comply with a number of standards of the European Union”.

He also said that future British generations would rejoin the EU as it becomes clear that Brexit has been a mistake.

UK taking ‘sabbatical’ from EU and will return in the future

Speaking to the BBC, he said he agreed with Labour MEP Seb Dance, who argued that the UK was taking a “sabbatical” from the EU and would be back in the future.

“I think that will happen, yes, (but) it’s difficult to say when,” said Mr Verhofstadt.

“There will be a generation, the young generation coming in the coming decades, who will say later, ‘We want to go back’. It will happen. Maybe you will not see it in my life, but it will happen.”

Conservative MEP Daniel Hannan said he disagreed with the prediction – and said he would be willing to put it to the test in the years to come.

“Maybe I’m wrong,” said the Brexiteer, after disagreeing with the assertion on the Today programme. He added:

“I’m perfectly happy to have another referendum in a generation’s time and let people decide.”

The Prime Minister has previously ruled out following stipulations set by the EU after the transition period is over at the end of 2020.

Former Belgian prime minister Mr Verhofstadt told BBC Radio 4’s Today programme: “I think both sides have an interest to be very ambitious.
“But how far this will go is very difficult to say because it will depend on what the willingness is of the UK side to also comply with a number of standards in the European Union.

Asked what would happen if Britain does not sign up to EU standards, he said: “It will be very difficult to have a broad free trade agreement at that moment.”

How will UK comply with both EU and US standards at the same time?

It follows reports in The Sunday Times that Boris Johnson’s ministers are split over how best to negotiate a new trade deal with the EU, with some figures, including Dominic Raab and Liz Truss, reportedly pushing for parallel talks with the US to put pressure on the EU.

Business figures are also worried about how the UK government intends to comply with both EU standards and US standards on goods and services at the same time when they are often poles apart.

No government figure has answered this conundrum yet.

Mr Verhofstadt was in London this week for meetings with ministers, including Brexit Secretary Stephen Barclay who he met on Thursday.

EU citizens will not face deportation after Brexit

He said one of the successes from the conversations was that those European citizens who had been granted settled status in the UK after Brexit would be given the ability to print out their confirmation details as proof. Also he said the British government had assured him that those who had not managed to would not face automatic deportation.

Mr Verhofstadt, chairman of the EU’s Brexit Steering Group, said there would be “pressure” being placed on member states who had yet to get their own provisions in order.

EU Chief warns with diverging rules, there will be barriers to trade with Europe

Britain cannot expect the “highest quality access” to EU markets if it abandons Brussels rules after Brexit, the new president of the European Commission has also warned.

Ursula von der Leyen also warned Boris Johnson’s insistence that there could be no extension of the transition period beyond the end of 2020 meant there was a limit to what could be agreed before the UK’s final break with the EU.

“The European Union is ready to negotiate a truly ambitious and comprehensive new partnership with the United Kingdom. But the truth is that our partnership cannot and will not be the same as before,” she explained. “With every decision comes a trade-off. Without the free movement of people, you cannot have the free movement of capital, goods and services.

“Without a level playing field on environment, labour, taxation and state aid, you cannot have the highest quality access to the world’s largest single market.”

“Without an extension of the transition period beyond 2020, you cannot expect to agree on every single aspect of our new partnership. We will have to prioritise,” she warned.