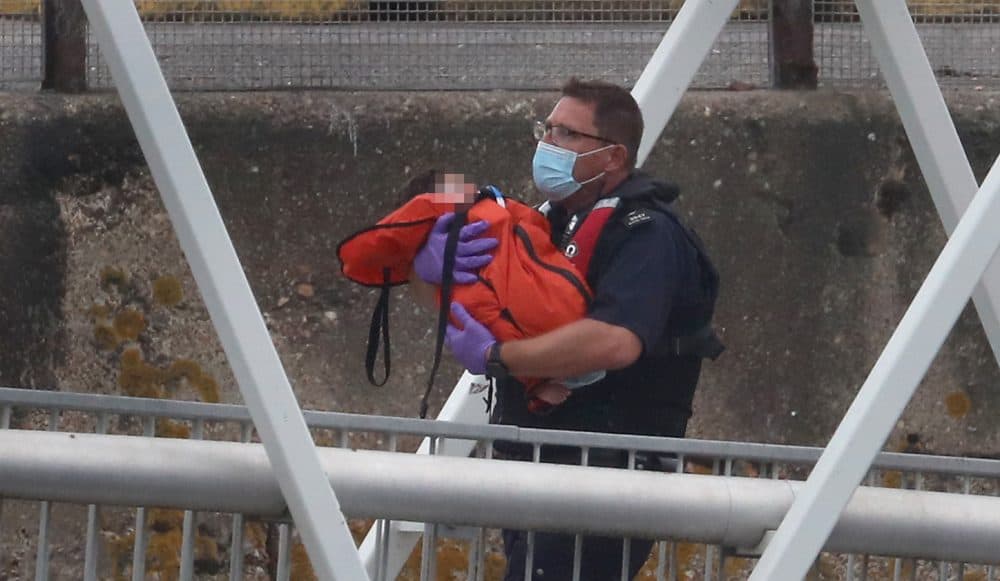 The Government has called on councils to “take responsibility” as it urgently tries to find care for lone migrant children who have crossed the Channel to the UK.

Officials have issued a plea to local authorities to take in unaccompanied migrant children as a surge in arrivals means Kent County Council (KCC) – which takes in those coming ashore on the south coast – has reached capacity and can no longer “safely accommodate” any more.

The children are in the meantime being left with Border Force officers in a processing centre in Dover while arrangements are made with social services.

The Home Office, the Department for Education and the Ministry of Housing, Communities and Local Government (MHCLG) are writing to all local authorities urging them to “come forward, play their part and take responsibility” in tackling the problem.

Since June, 48 councils have pledged to provide at least 200 places for children but more are needed, the Home Office said.

A department spokesman described the situation as “unprecedented” and said KCC is being provided with “significant increases in funding” and support, but added: “The burden being placed on them is unacceptable and cannot continue.

“We are grateful to the 48 local authorities who have pledged more than 200 places to support our National Transfer Scheme, but we need more to come forward and do their bit for vulnerable children.

“The Home Office, Department for Education and MHCLG are writing to all local authorities, urging them to come forward, play their part and take responsibility.”

The short-term holding facility is temporarily housing migrants who have arrived in small boats across the Channel in a large communal area, or a separate room reserved for families and lone children, while they receive medical checks and have their initial asylum interview.

By law children can only be detained for 24 hours.

Children are always prioritised and are being held there for as short a time as possible, the Home Office added.

The department insists the UK does more to support lone migrant children than any EU member state, adding that last year UK asylum applications accounted for approximately 20% of all claims made in the EU.

In 2016, the National Transfer Scheme was launched to encourage all local authorities to help care for unaccompanied migrant children in a bid to spread responsibilities more evenly between councils.

Councils now receive £240 per child per week, with more funding provided for those helping the greatest number of children.

Since 2016 more than 960 children have been transferred under the scheme, with more than a third moved from Kent, according to the Home Office.

But critics have said because it is voluntary it is ineffective and should be made a mandatory requirement for councils.

Coronavirus lockdown restrictions meant children could not be moved from one social services provider to another during the height of the pandemic. But transfers began again in June with more than 100 children taken into care by other councils, the Home Office added.

The department is set to review the scheme to avoid a repeat of the problem, saying it would launch a consultation “imminently”.