The budget will allow MoD to create an AI agency and a "space command". 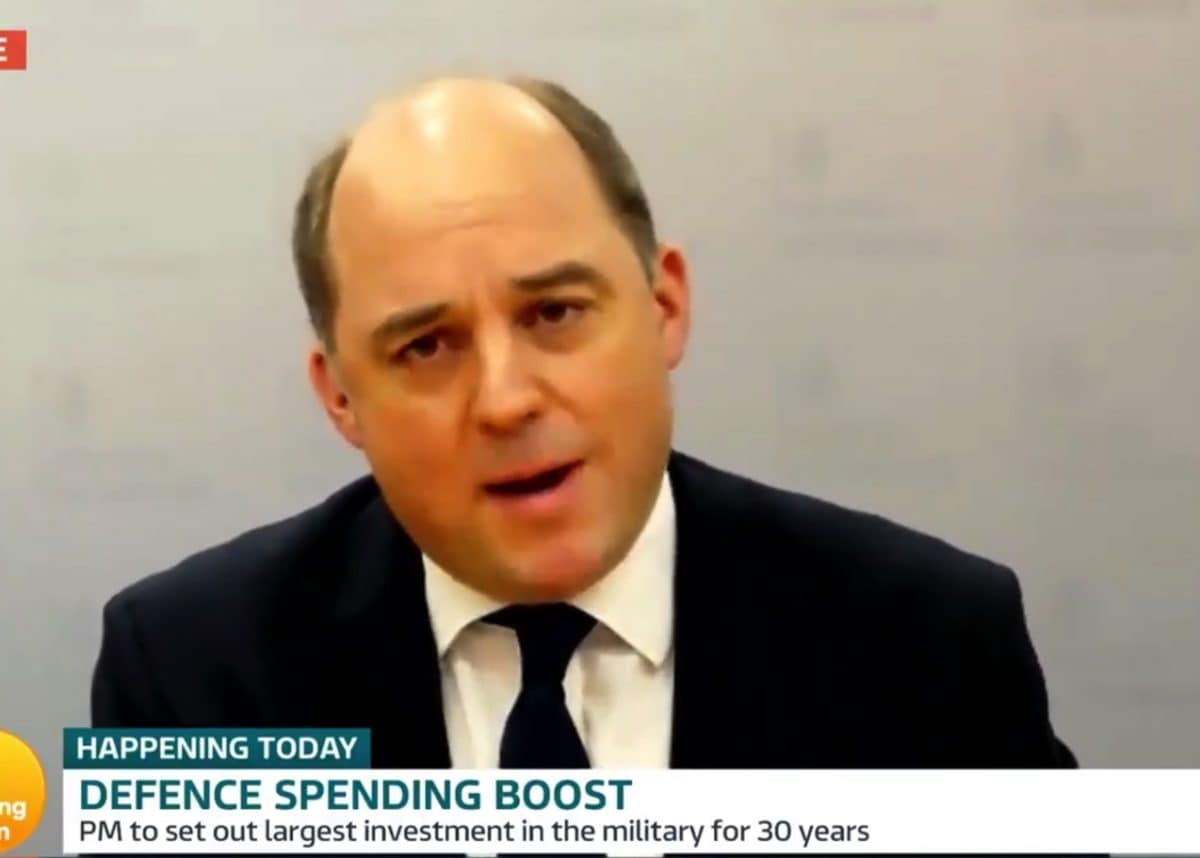 Susanna Reid was in no mood to hold back this morning as the Secretary of State for Defence made an appearance on GMB.

Boris Johnson vowed to “end the era of retreat” today as he unveiled what is being billed as the biggest programme of investment in Britain’s armed forces since the end of the Cold War.

The Prime Minister is set to lay out a four-year financial deal for the Ministry of Defence (MoD) to “transform” the military, developing cutting-edge capabilities in the future battlefields of cyber and space.

It will include the creation of an agency dedicated to artificial intelligence, and a “space command” capable of launching the UK’s first rocket by 2022.

But the plan – which will see the MoD get an additional £16.5 billion over and above the Government’s manifesto commitment to a 0.5 per cent real terms increase for each year of the Parliament – has caused outrage among some.

Earlier this year the government was unable to provide support for hungry children during the holidays and squabbled over £5 million in funding for those effected by lockdown measures in Manchester.

Questioning Ben Wallace on Good Morning Britain today, Reid asked how they were able to find the funds for the military given that they weren’t available elsewhere.

‘Why are we cutting our foreign aid commitment?’ – @susannareid100

He says he 'doesn’t know' which budget will be cut to afford the £16.5bn for the military. pic.twitter.com/AbpbTyNmC7