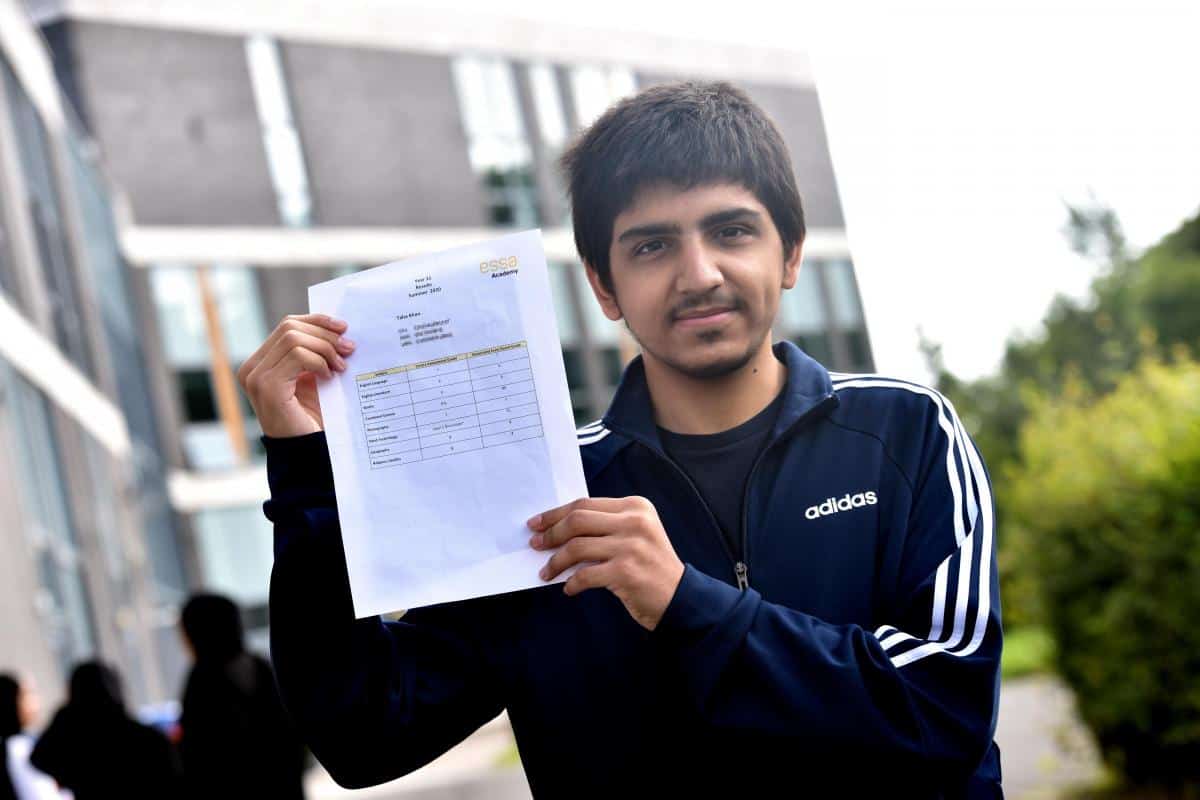 A student who received outstanding GCSE results has paid tribute to his NHS doctor dad – who tragically died from coronavirus while working on the front-line.

Taha Khan, 16, said he hoped his dad would be “proud” after picking up his results, including six top grade 9s, at school in Bolton, Greater Mancs., on Thursday.

Dr Nasir Kahn, a consultant physician at Dewsbury and District Hospital, West Yorks., died after contracting the virus aged 46 at the height of the pandemic in April.

The Essa Academy pupil said: “I am proud of my results and I hope my dad is proud of me.”

Taha, who is from Bolton will go to Runshaw College to do A-levels in biology, chemistry and maths after achieving two 9s, two 8s, two 7s and a 6 at GCSE.

Speaking about Dr Khan, he said: “My dad was working when the virus happened when others took time off to be safe he still went to work,”

“I have done this for my father.”

Headteacher Martin Knowles said: “Taha is such a bright and motivated pupil from a wonderful family.

“Since joining Essa in Year Nine, Taha has worked incredibly hard in all his subjects and we wish him all the best for his future.”

Dad-of-three Dr Khan was working at Dewsbury and District Hospital when he fell ill with the virus in early April.

He was admitted to Bolton NHS Foundation Trust on 6 April and died on April 29.

Speaking at the time one of his other sons, Mahad Ali Khan, said: “He dedicated his life to his family and profession.

“He was incredibly strong and we always turned to him for support as he was a shining light of guidance.”

He described his father as “hard-working, compassionate, humble and loyal”.

Mahad added: “He always put his family and friends before himself and was extremely giving.”

Related – ‘The Government has f up’ – Students demand Williamson resigns