Writing in the BMJ, experts say the “UK’s response so far has neither been well prepared nor remotely adequate”. 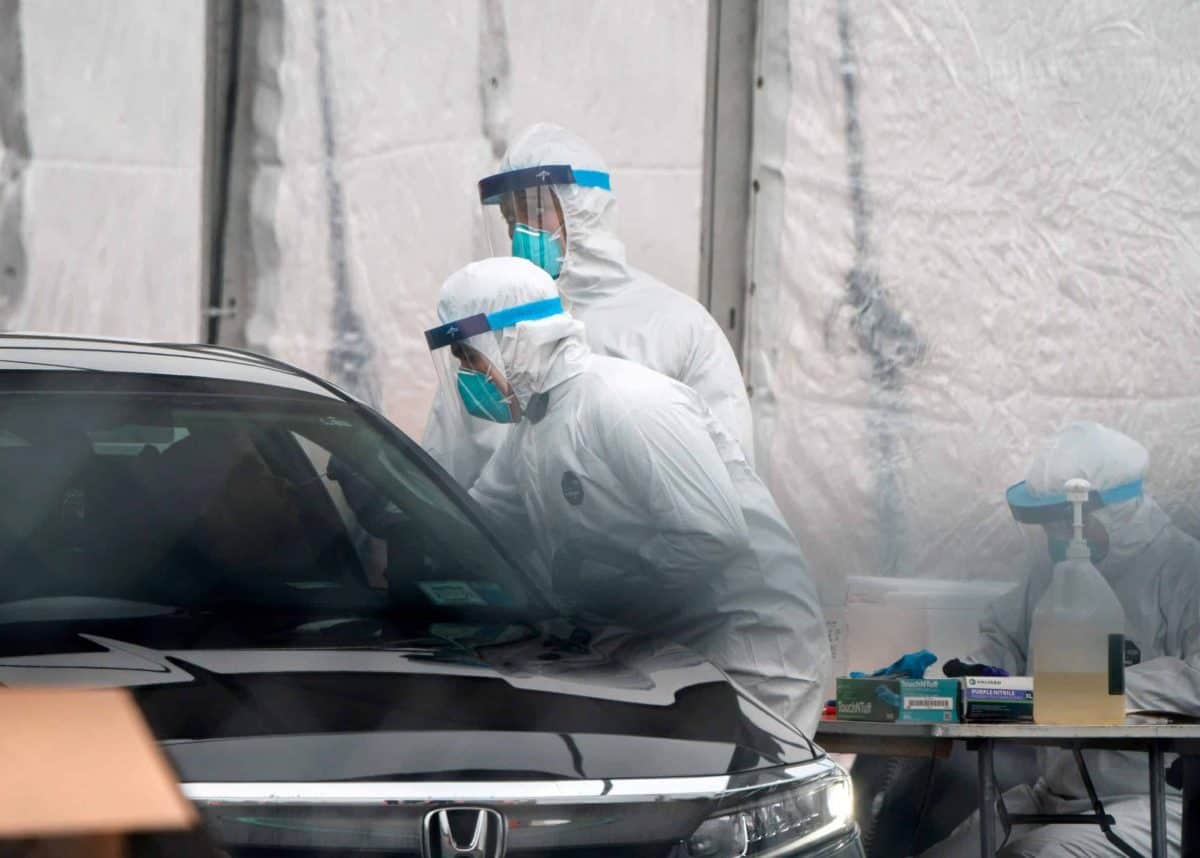 The UK’s response to Covid-19 has been “too little, too late, too flawed”, public health experts have argued.

Writing in the British Medical Journal (BMJ), Gabriel Scally, from the University of Bristol, and Bobbie Jacobson, at Johns Hopkins University in the US, said the “UK’s response so far has neither been well prepared nor remotely adequate”.

They said the weakness of the preparations was exposed in 2016 by Exercise Cygnus – a plan designed to test UK preparedness for a pandemic – but the “necessary remedial steps were not taken”.

The pair argued that the UK should never have abandoned trying to trace every infected person in the community – with Public Health England (PHE) arguing by March 12 this was no longer recommended as the virus began to spread.

The pair said the “Government inexplicably announced a move from the containment phase in its strategy to the delay phase”.

They added: “Chris Whitty, England’s chief medical officer, explained it was no longer necessary to identify every new case and that all testing capacity across the UK, despite major regional variation in cases, would be ‘pivoted’ to hospital patients.”

“The WHO’s (World Health Organisation’s) standard containment approach of find, test, treat and isolate, which has worked well in countries that have successfully suppressed viral spread, was abandoned; entry via ports and airports remained unrestricted.

“There was no future plan for community-based case finding, testing, and contact tracing.

“Procurement and delivery of testing resources was ineffective, despite a ready-made viral test and offers of help from university and private sector laboratories.”

“On 19 March, the status of Covid-19 was downgraded from level 4, the highest threat level, to level 3 by the four nations group on high consequence infectious diseases and the Advisory Committee on Dangerous Pathogens.

“This enabled the required standard of personal protective equipment to be lowered for staff in hospitals and to nurse patients in non-infectious disease settings.

“Meanwhile, a reckless policy of discharging older patients from hospitals to care homes without testing allowed the virus to spread and kick start a second epidemic of community infection.”

The Government’s chief scientific adviser Sir Patrick Vallance then “floated an approach to ‘build up some degree of herd immunity’ founded on an erroneous view that the vast majority of cases would be mild, like influenza”, the experts wrote.

Ministers have rejected this claim and say it was never Government policy to try to let the virus spread throughout the population.

Delay in the face of emerging evidence

The experts continued: “When subsequent modelling estimated that 250,000 people might die in this scenario, but that physical distancing measures could limit deaths to about 20,000, a sharp reversal of policy followed.

“By the time the UK formally announced a lockdown with a huge package of economic support measures, almost two months of potential preparation and prevention time had been squandered.

“The delay in the face of emerging evidence that the Italian lockdown reduced viral transmission by about half looks likely to have cost many lives.”

The experts then ask the question: “How did a country with an international reputation for public health get it so wrong?”, adding that the Government has failed the public and health and social care staff.

They then suggest the fact Dominic Cummings, the Prime Minister’s chief political adviser, and Ben Warner, his adviser on data science, attended meetings of the Scientific Advisory Group for Emergencies (Sage) “makes a mockery of Sage’s claim to provide independent scientific advice to the Government”.

“These headline-grabbing schemes should be replaced by locality led strategies rooted in communicable disease control.”