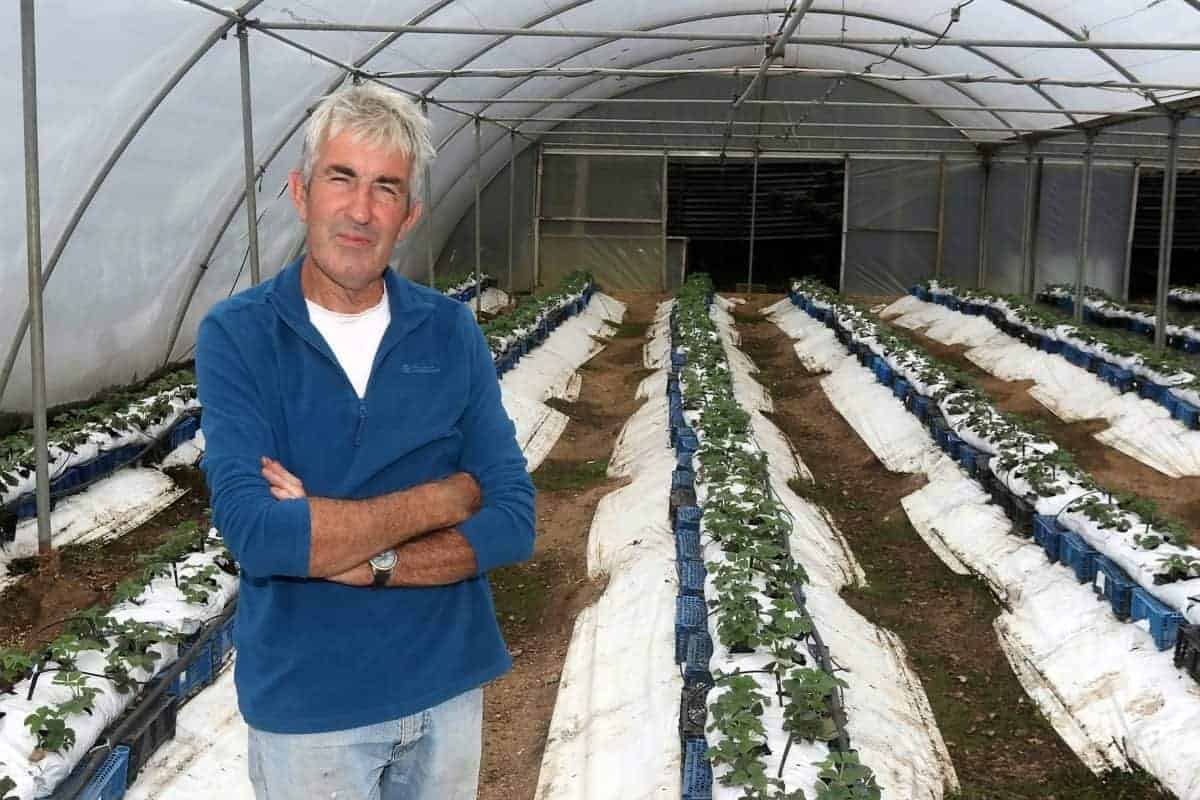 A British fruit and veg farmer fears his crop will rot in the ground this year because of a shortage of pickers caused by Brexit and coronavirus.

Jeremy Best, 66, who owns the Mitchell Fruit Garden in Newquay, Cornwall, employed 20 pickers last summer but only has two signed up so far this year.

He has planted another 45,000 tonnes of fruit this year but says the future is a “big question mark” and much it may never be picked.

He said: “There will be fruit and vegetables rotting in the fields because there won’t be the people there to pick them.

“I’ve heard of growers planting less because they know they won’t be able to harvest the products on the other side.

Last year he had 20 fruit pickers, 15 of which were seasonal workers. He hopes to employ a similar amount this year, but said that nothing is certain right now.

“Of course there are people out there who will go picking, but I’m just trying to be realistic about the numbers,” he added.

“Last year we had 20 pickers, right now we only have two. I’m hoping to get five in May but one of those is from the Czech Republic.

“EU workers are not allowed to move so I’ll have to rely on Brits if the borders remain closed.

“Hopefully they will class fruit and veg pickers as essential workers and they will be allowed to travel for work.

“University students will be available but will they want to do it?

“We rely on foreign workers not because we want to but because the British people don’t want to do this job.

“Everything in the world right now is one big question mark at the moment.

“This now is a template for what we face when Brexit kicks in. Using Brits sounds great but it won’t work because they’re just not there.”

Mr Best highlighted how the Young Farmers Club has launched a Facebook to encourage people to sign up to pick fruit and vegetables.

“It’s a good start, but my worry is that now we’ve been given the opportunity for the self employed to get money from the Government they will stay where they are because they know their jobs are safe.”

Growers like Mr Best rely on seasonal labourers, and the UK usually sees 60,000 come to the country each year for work.

Jeremy sells his fruit wholesale, on site, and through a ‘pick your own’ scheme – and estimates that last year he produced 45 tonnes of fruit.

He has prepared to make the same amount this year, but added that the pandemic may affect the market.

Jeremy said: “We’ve got pick-your-own, wholesale, and retail outlets, I have no idea tonnage-wise. I’d estimate about 45 tonnes.

“We’ve planted the same but will it get to market? I don’t know. The question is will the customers be there?

“I’m still working like normal, I self-isolate on my holding. I haven’t left in a few weeks.

“It’s too early for me to say what effect the virus will have. We’ll have the fruit, but will people be buying luxury items like strawberries?”

Unions and representation bodies, including The Landworkers’ Alliance, have called for more to be done.

They are urging for a scheme similar to the ‘dig for victory’ programme from WWII which saw those who couldn’t fit take to the fields.

The issue has been acknowledged by the National Farmers Union, who represent agriculture and horticulture in the UK.

Vice President Tom Bradshaw said: “Growers that rely on seasonal workers to grow, pick and pack our fresh fruit, veg and flowers are extremely concerned about the impact coronavirus restrictions may have on their ability to recruit this critical workforce this season.

“We are in talks with Defra Secretary of State George Eustice to find innovative and creative solutions to this urgent problem.

“Working with the industry we will continue to press for support from all areas of government to put in place a range of measures that can alleviate these concerns.

“This includes a potential system to match interested workers with employers, as well as wage packages that will encourage students and British workers to apply for jobs.

“We are urging the British people, university students, anyone looking for work, to mobilise behind British growers in this time of national importance and pick for Britain.

“There will be thousands of vacancies opening up in fields, polytunnels, glasshouses and packhouses across the country in the coming weeks and we need people to help deliver healthy, affordable British fruit and veg from field to plate.”