The TV presenter, 48, throws her weight behind the anti-plastic movement

Tesco has been slammed for selling kiwis in a plastic wrapper – containing a plastic SPOON.

The ‘ripe and ready’ fruit is a pack of four kiwis in packaging with the plastic cutlery inside.

The former Countryfile star called out the supermarket giant on Twitter, saying its excessive packaging isn’t helping reduce the levels of plastic pollution. 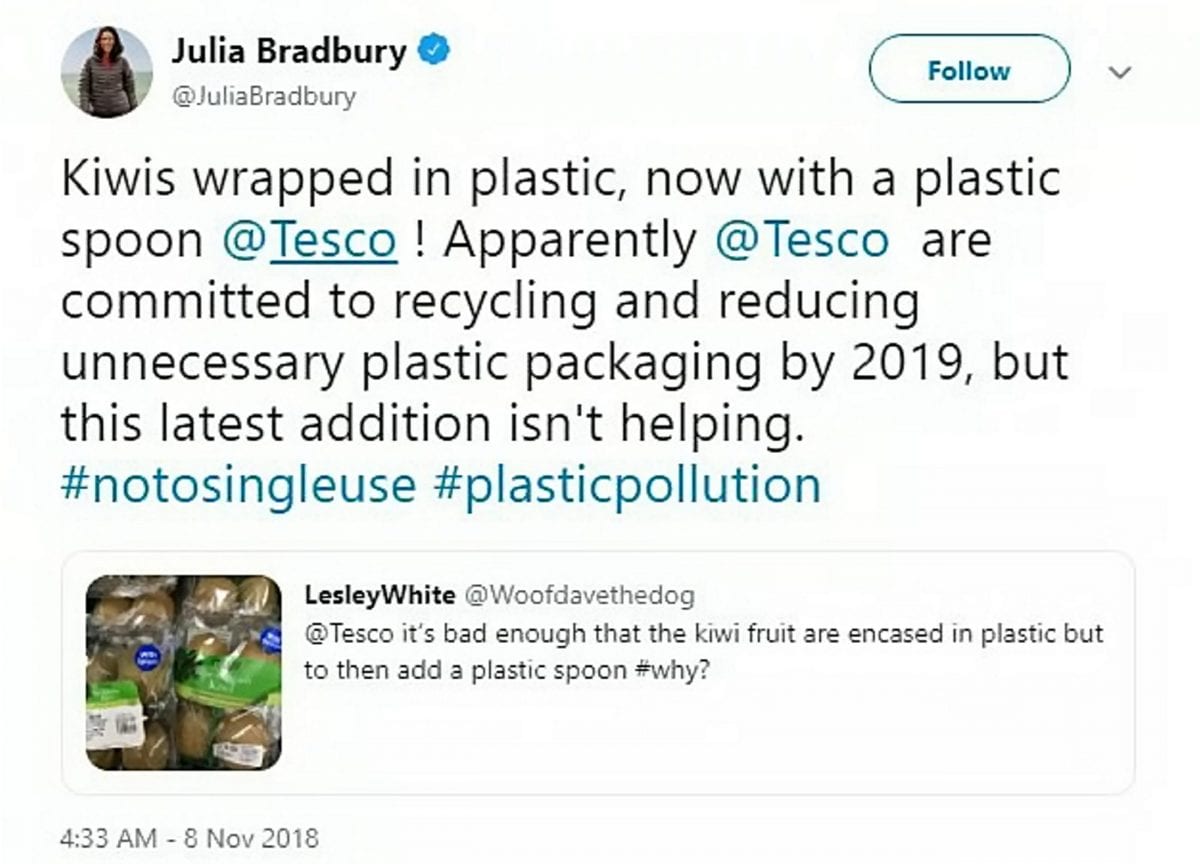 The original Tweet was posted by Lesley White, from Selkirk in Scotland.

She said: “It’s bad enough that the kiwi fruit are encased in plastic but to then add a plastic spoon #why?”

Julia replied to her post, throwing her weight behind the environmental cause which aims to reduce single-use plastic which doesn’t decompose.

She said: “Kiwis wrapped in plastic, now with a plastic spoon at Tesco! 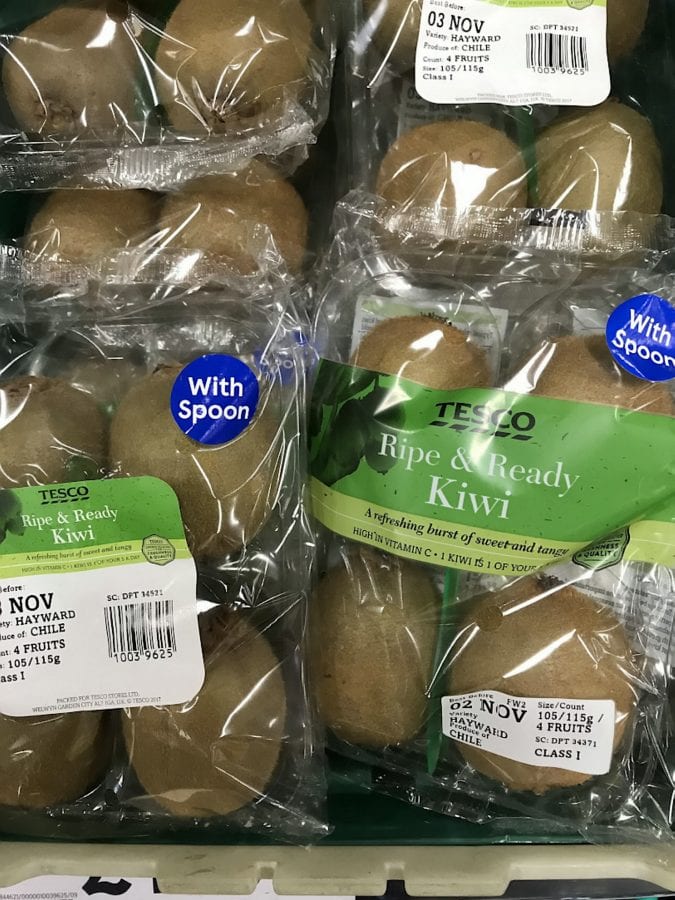 ”Apparently Tesco are committed to recycling and reducing unnecessary plastic packaging by 2019, but this latest addition isn’t helping.”

The 48-year-old wildlife presenter also included a hashtag referencing single-use plastic after it was named word of the year by Collins Dictionary.

Tesco said in response to Mrs White’s tweet: “We are committed to removing all packaging that is hard to recycle from our food packaging by 2019.”

They also said that even though the spoon wasn’t recyclable, it does not need to be disposed of because it can be reused.

In response Tesco posted a link to their website where they outline their plans to reduce plastic waste and other materials that are hard to recycle.

But Twitter users joined Mrs Bradbury in criticising supermarkets who they say do little to reduce the level of plastic packaging.

James Cusick said: “Shortly after announcing its intention to reduce the amount of plastic used, Tesco stopped selling onions in nets and instead packed them in guess what!”

Others suggested Tesco start selling all their fruit loose while one user shared a picture of a Sainsbury’s coconut with a plastic ring and plastic straw, all wrapped in plastic.

David Attenborough’s ocean documentary series Blue Planet is credited with helping to raise awareness of the effect of plastic on the environment.