A flytipper who illegally dumped more than 60 TONNES of rubbish was let off with a £50 fine. Lance Morris, 47, dumped the waste – including old tyres and timber – in Croydon, south London, over a three-year period. But the litter mountain cost Croydon Council thousands of pounds to clear up. Morris didn’t have […] 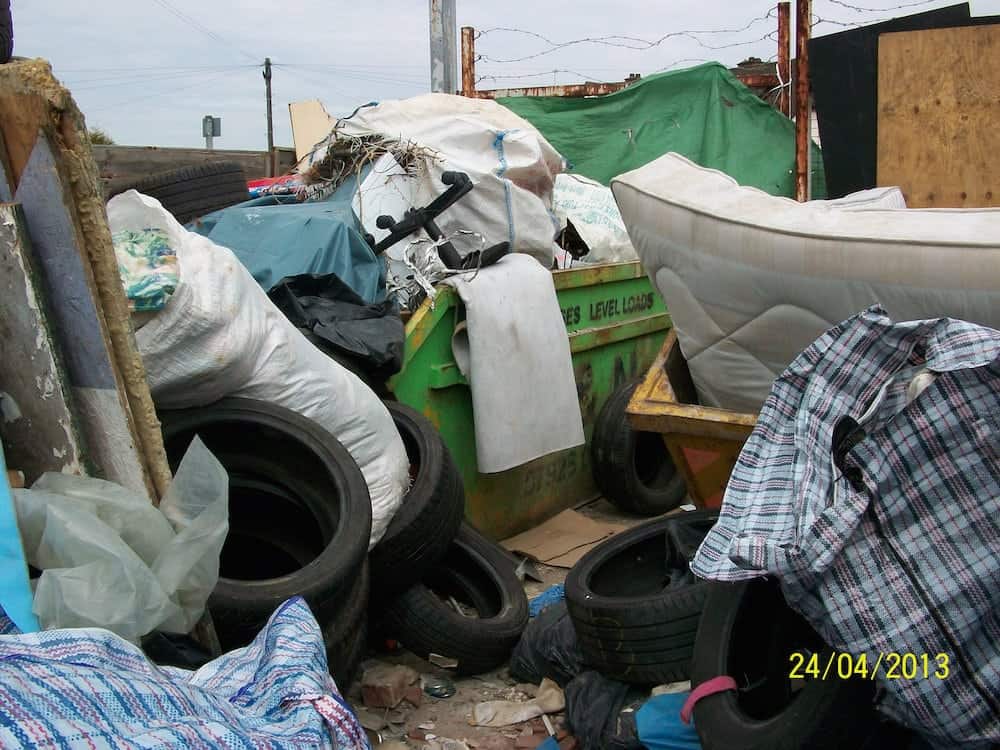 The waste was left at a site in Martin Crescent, Waddon. See National News story NNFLYTIP; A man who illegally dumped over 60 tonnes of rubbish in a Croydon yard should clear waste as part of his sentence, a judge has said. See National News story NNFLYTIP; Croydon Council took Lance Anthony Morris to court after he had piled tyres, timber and other waste plus a caravan at the site in Waddon over a three-year period up to October 2015. After a jury at Croydon Crown Court found Mr Morris guilty on Friday of three environmental offences, her honour Judge Elizabeth Smaller ordered the 47-year-old to do 120 hours’ unpaid community service, which she suggested could involve clearing up waste. Mr Morris, of Beulah Road in Thornton Heath, was also ordered to pay a £50 fine and a £60 victim surcharge. The case is Croydon Council’s 151st successful prosecution under its Don’t Mess With Croydon – Take Pride campaign, which combines enforcement through fixed penalty notices and court cases with getting locals to volunteer on litter clear-ups and encouraging people to recycle more.

A flytipper who illegally dumped more than 60 TONNES of rubbish was let off with a £50 fine.

Lance Morris, 47, dumped the waste – including old tyres and timber – in Croydon, south London, over a three-year period.

But the litter mountain cost Croydon Council thousands of pounds to clear up.

Morris didn’t have the necessary licences to carry or store the waste, and gave the “false impression” that he was working as a builder.

He claimed the waste – that blighted the Broad Green area of the town – was being stored as he said it was reusable as building material.

The site was visited by council officers more than a dozen times.

Morris was found guilty of three breaches of the Environmental Protection Act – dumping waste without an environmental permit, failing to comply with a council enforcement notice and another notice requiring him to clear up the waste – following a trial.

Morris, of Thornton Heath, south London, was also ordered to pay a £60 victim surcharge, and carry out 120 hours of unpaid community service, which the Judge suggested should involve cleaning up waste.

Councillor Stuart Collins, the cabinet member for clean and green Croydon, said the illegal waste mountain had blighted the local environment for years.

He added: “Maybe Mr Morris will learn a thing or two from having to clear up fly-tips as part of his sentence.

“This case underlines how our officers will continue to prosecute those who flout the law, and I hope it will make other potential fly-tippers think twice.”