Penguins with video cameras strapped to their backs have been discovered ‘talking’ to each other while diving for food. Scientists managed to obtain 80 hours of remarkable recordings showing the ‘functional role’ of their sounds as they foraged in the sea. After producing the calls in waters off the coast of Antarctica the behaviour of […]

Penguins with video cameras strapped to their backs have been discovered ‘talking’ to each other while diving for food.

Scientists managed to obtain 80 hours of remarkable recordings showing the ‘functional role’ of their sounds as they foraged in the sea.

After producing the calls in waters off the coast of Antarctica the behaviour of the Gentoo penguins changed as they undertook shallower, shorter dives.

They also travelled to a new area to devour krill, their favourite food, and other fish instead of lingering in a particular spot.

Dr Won Young Lee, of the Korea Polar Research Institute, said the findings suggest that they “use vocal communications for grouping purposes during foraging trips.”

Dubbed ‘Penguincam’, the tiny cameras weighing just an ounce managed to capture the vocalisations of penguins on the open sea for the first time.

The study published in Scientific Reports said the species are found on sub-Antarctic islands and in the Antarctic region.

They mainly prey in groups on krill and fish. But, unlike on land, the inaccessibility of their hunting sites has precluded the study of their vocal repertoire – until now.

Dr Lee and colleagues recorded Gentoo penguins from King George Island in Antarctica over two breeding seasons between 2014 and 2016.

They strapped the tiny cameras to the backs of 10 individuals, each providing eight hours of footage, and collected 598 offshore calls.

They analysed the acoustic characteristics and behavioural contexts of each. In almost half of calls (43%), individuals formed groups within a minute.

The penguins did not show any significant difference in the proportion of dives or rate of prey capture before and after producing one.

Dr Lee said this may suggest the call was involved in group contact rather than relating to food.

He said: “Our findings show penguins may use vocal communication in the ocean related with group association during foraging trips.”

Many avian species breed in large colonies and gain benefits from group behaviours, including group foraging and group defence, such as mobbing behaviour.

When engaged in group behaviours, individuals use a diverse repertoire of calls. Calls may enable group-living birds to exchange information, gather group members, and coordinate group movements across various contexts.

Dr Lee said: “In contrast to their terrestrial call, the offshore call of penguins during their foraging trips has been poorly studied due to the inaccessibility of the foraging site-the open ocean-to researchers.

“Here, we present the first description of the vocal behaviour of penguins in the open ocean and discuss the function of their vocal communication.

“The offshore calls varied in their dominant frequency and length, and penguins produced calls of different lengths in succession.

“Group associations were observed within one minute following an offshore call in almost half of the instances. 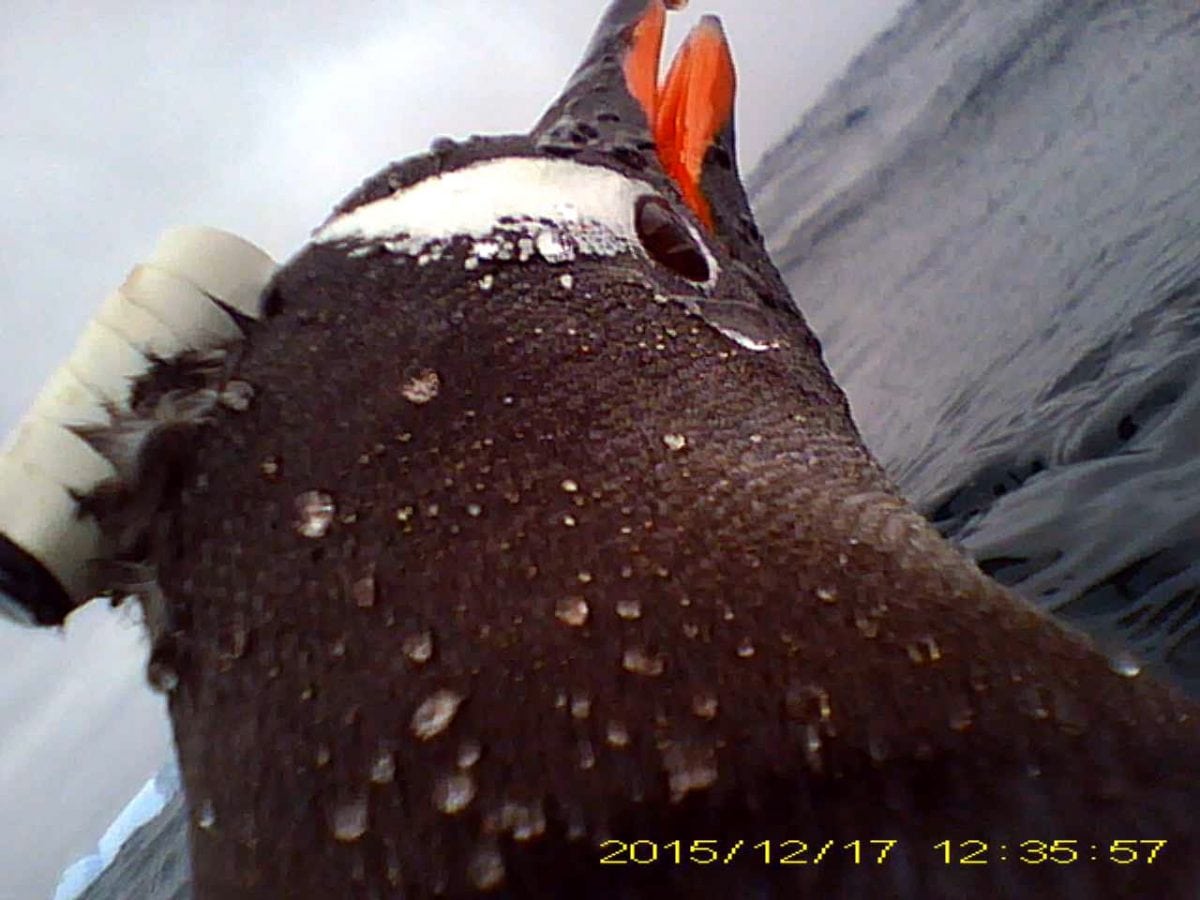 Dr Lee said: “The gentoo penguins did not show a significant difference in the proportion of foraging dives or prey capture rate between before and after producing an offshore call.

“These results suggest that the call may be a contact call rather than a food or recruitment call; however, an assessment of the abundance of food sources would be needed to draw a definitive conclusion.”

The researchers said further investigations are required to better understand the aquatic life of these penguins.

Dr Lee added: “Playback experiments at foraging sites could be used to gain insight into the function of the offshore vocal signal.

“In addition, the placement of cameras on multiple individuals in the same group would enable a more detailed analysis of interactions among group members.

“Information on their interactions may enable us to better understand penguin foraging behaviour and test our hypotheses regarding the evolutionary significance of group foraging in penguins.”

Research reported in 2013 used video cameras on the backs of Adelie penguins to demonstrate their ruthless hunting skills.

During about 88 minutes of diving recorded, the Antarctic birds devoured 244 krill and 33 Arctic fish, with not a single target missed.