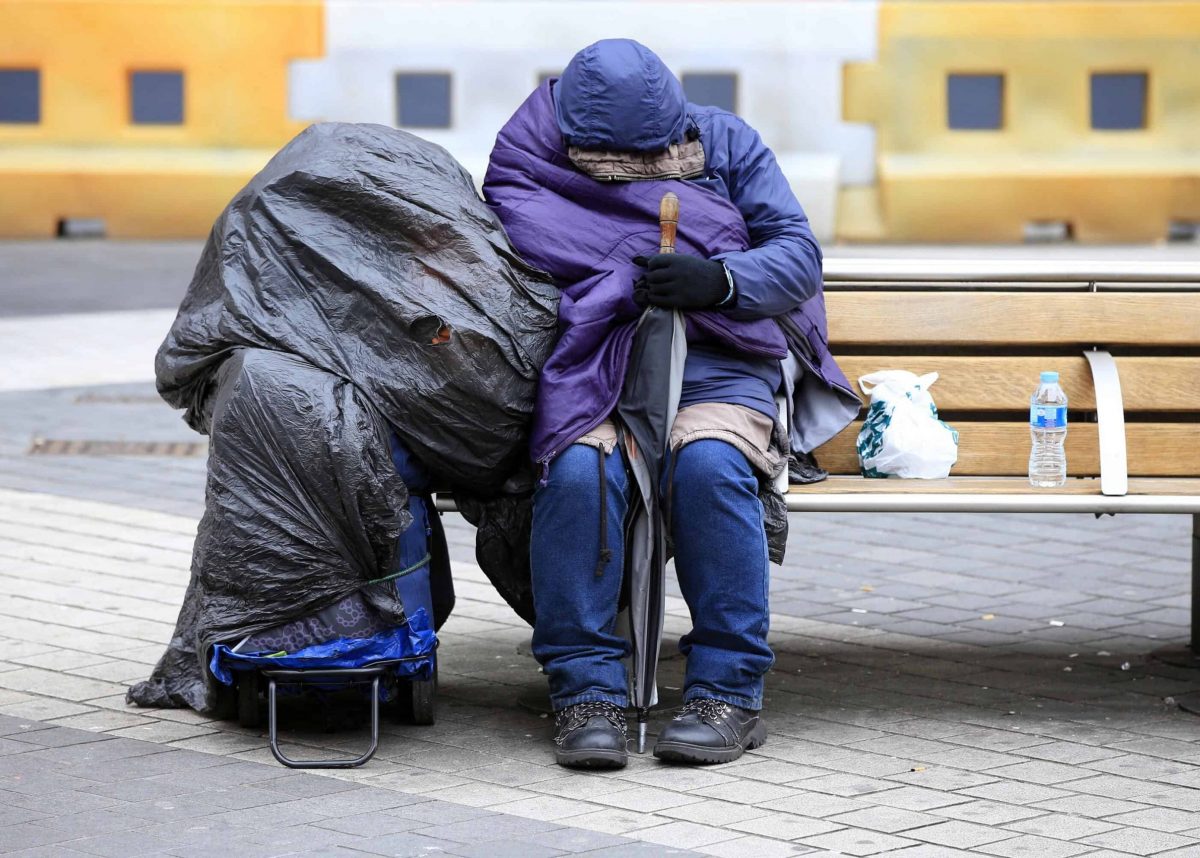 The number of households living in temporary accommodation in England is at its highest level in more than a decade, the Government’s latest homelessness figures show.

A total of 84,740 households were in bed and breakfasts, hostels and other temporary accommodation at the end of March 2019, including 126,020 children, the Ministry of Housing, Communities and Local Government (MHCLG) said.

The figure has jumped by more than three-quarters this decade, with the latest statistics showing a 76.5% rise on the low of 48,010 at the end of 2010.

The figures also show that London continues to have a disproportionately high number of households in temporary accommodation, with 66% of the total for the whole of England.

The capital had 56,280 households living in temporary accommodation at the end of March, including 88,080 children.

By contrast, the North East had the fewest households at 330, while there were 960 in Yorkshire and the Humber, according to the figures.

The statistics, while provisional, complete the first full year’s worth of data since the Homelessness Reduction Act (HRA) came into force in April 2018.

The Act created new legal duties for local authorities and public services in England to support those at risk of becoming homeless.

Since then, 58,290 households were classed as prevented from becoming homeless by securing accommodation for more than six months, according to the data.

Jon Sparkes, chief executive of homelessness charity Crisis, said: “Everyone has the right to a decent home and it’s great to see the success the HRA has had in its first year, preventing just under 60,000 households becoming homeless in England.

“Despite this over 7,000 households are currently in B&Bs, unable to access safe and secure accommodation.

“Our clients tell us of damaged, and even dangerous conditions, where they lack basic cooking and laundry facilities, and face the constant pressure of eviction at short notice. No-one should have to live like this.”

The Government recently announced £422 million will be spent tackling homelessness and rough sleeping next year, with funding up by £54 million in 2020-2021, which represents a 13% real terms increase in funding compared with 2019-20.

Minister for Homelessness Luke Hall said: “The Homelessness Reduction Act is the most ambitious change to homelessness legislation in decades.

“Today’s figures show that progress is being made. The Act is helping people earlier so they are not having to experience homelessness in the first place.

“There is still more to do though, which is why we have committed a record investment to ending homelessness and rough sleeping for good.

“This vital funding will ensure progress continues to be made, with people given the help they need to turn their lives around.”