A large proportion of homeless people are living in daily physical pain and face difficulties accessing treatment, according to a study released today. The research comes as the new government strategy to end rough sleeping was released a week ago. Research from Groundswell, a charity working to support homeless people, found that 53% of homeless […]

A large proportion of homeless people are living in daily physical pain and face difficulties accessing treatment, according to a study released today. The research comes as the new government strategy to end rough sleeping was released a week ago.

Research from Groundswell, a charity working to support homeless people, found that 53% of homeless people were experiencing long-term pain conditions such as arthritis (23%), sciatica (14%), cluster headaches (12%) and chronic back pain (23%). Among the general population only 12.5% of people suffer from chronic pain which disproportionately affects people over 65.

Martin Burrows, Director of Research and Campaigns at Groundswell, who oversaw the study, said: “Rough sleepers and people living in hostels and temporary accommodation are often dealing with cold, damp or uncomfortable environments, have poor nutrition and are susceptible to violence, all of which exacerbate pain conditions. We also see a clear correlation between people who have had difficult lives – growing up in care, being victims of domestic violence and abuse – and experiencing homelessness in conjunction with chronic pain.

The vast majority of participants felt that sleeping rough had an impact on their physical health: 87% agreed that sleeping out meant aches and pains, 90% agreed that carrying a backpack all day can affect back pain and 92% agreed that walking around between services leads to painful feet.

The research, funded by Trust for London, spoke to almost 300 currently homeless people about their health and experience of pain. The project was led by peer researchers who all have lived experience of homelessness themselves.

“We wanted to undertake this research because pain is a complex and widely underdiagnosed area of healthcare, even in the general population,” said Rob, who was a Peer Researcher on the project. “For homeless people it’s a huge problem. The participants we spoke to often found it difficult to interact with health professionals, struggled to get their conditions diagnosed and faced stigma when it came to receiving prescription medication.”

“It’s a vicious cycle – people experiencing chronic pain are more vulnerable to becoming homeless; homelessness itself can exacerbate the problem and make it harder to access treatment,” said Burrows.

Jon Sparkes, Chief Executive of Crisis, commented “The Out of Pain research reveals the damaging and life limiting effect that homelessness has on physical and mental health. Chronic pain is having a severe impact not only on quality of life but also the ability to move on to paid employment and housing, not to mention complicating other health concerns.”

“We welcome the new government strategy to end rough sleeping as a good first step and are pleased that it acknowledges health as a key part of the response. However, the government needs to address the root causes of rough sleeping, and put in place permanent, long-term solutions to end homelessness in its entirety.” 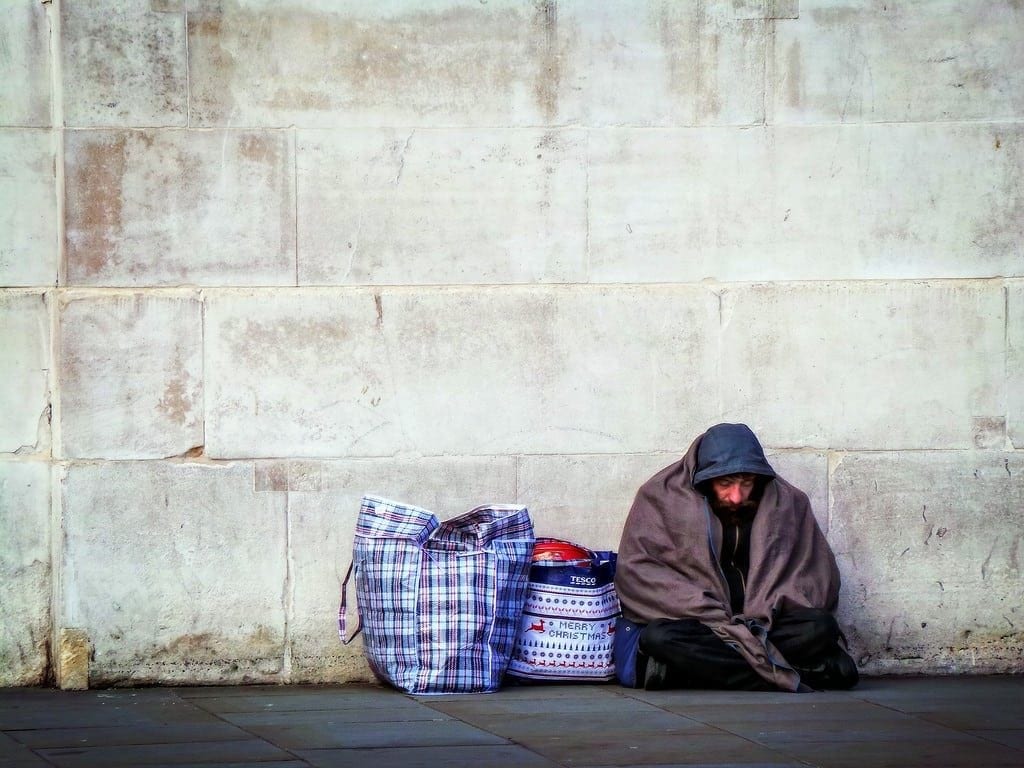 People with experience of homelessness are known to have significantly worse health outcomes than the general population and higher rates of mortality. The Out of Pain research has revealed that many homeless people suffering from chronic pain are finding it difficult to access the medical care they need.

Chair of the Royal College of GPs Prof Helen Stokes-Lampard said: “Chronic pain can be incredibly disabling and vulnerable groups, such as homeless patients, are at particular risk of developing more debilitating symptoms of chronic pain due to the environment they live in and inadequate access to social care and some other community services.

“We know that there is some really good work going on by GPs and our teams across the country to identify the unique health needs of homeless people, and deliver care to them, tailored to their needs. The RCGP welcomes Groundswell’s recommendation to share examples of this best practice across general practice, and we also support further measures to improve referral pathways for homeless patients to help them to effectively manage and treat their chronic pain symptoms.”

Stella Creasy MP commented: “there’s now growing evidence that some of the most vulnerable people in our communities are being deliberately dissauded from using vital healthcare services as a cost saving exercise – whether dentists or doctors, early treatment for homeless residents is crucial to improving outcomes so the research showing how hard it is for them to access services should be a red flag to the Government to act to ensure both parity of treatment and effective use of resources. This research also highlights how poor health and homelessness are interconnected thus further reinforcing the point that treating any resident as second class is not only morally wrong its also short sighted.”

Groundswell is campaigning to increase awareness of the issue in order to secure better access to healthcare for people experiencing homelessness.