The stunt was held to ‘send an SOS’ to the Government over climate change. 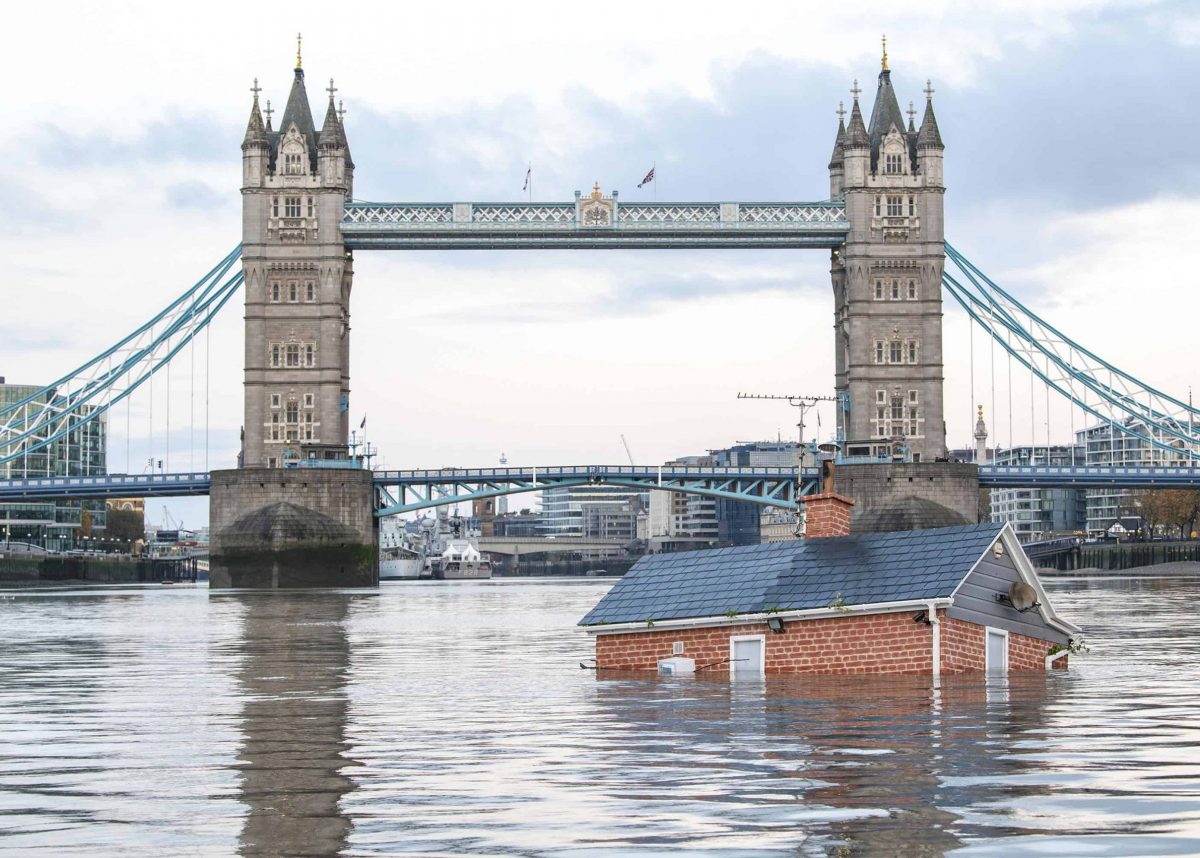 Extinction Rebellion activists have floated a “sinking house” down the River Thames in London to highlight the impact of rising sea levels.

In a statement, the environmental protest group said the stunt aimed to “send an SOS to the Government on climate inaction and draw attention to the threat humans face from climate change and rising sea levels”.

It comes as parts of the UK deal with the aftermath of widespread flooding that hit towns across the Midlands and northern England on Thursday and Friday.

Several areas were deluged with one month’s worth of rain in a day and a woman died after being swept up in floodwaters.

“As the ongoing flood disaster in Derbyshire and Yorkshire has so starkly illustrated, our homes, businesses and families are at very real risk.

“We are watching, in real-time, as people’s lives are destroyed around the world and in the UK.

“Unless action is taken to halt biodiversity loss and reduce greenhouse gas emissions to net zero, these tragedies are set to worsen.”

Katey Burak and Rob Higgs, builders of The Sinking House, said: “Sadly, climate change is something that affects every one of us.

“We want to respectfully raise awareness of the severity of the impending human-made disaster.

“We need urgent action to address the climate emergency and devastation of our beautiful and precious natural world, which is being decimated at an unprecedented and tragic rate.

“We implore the Government to act responsibly and we will continue to make our voices heard until they act.”

On Wednesday, Extinction Rebellion won a High Court challenge over a
protest ban issued by the Metropolitan Police.

The force could face hundreds of claims for compensation after it arrested protesters during the imposition of a blanket ban on the assembly of more than two people during the group’s Autumn Uprising action last month.