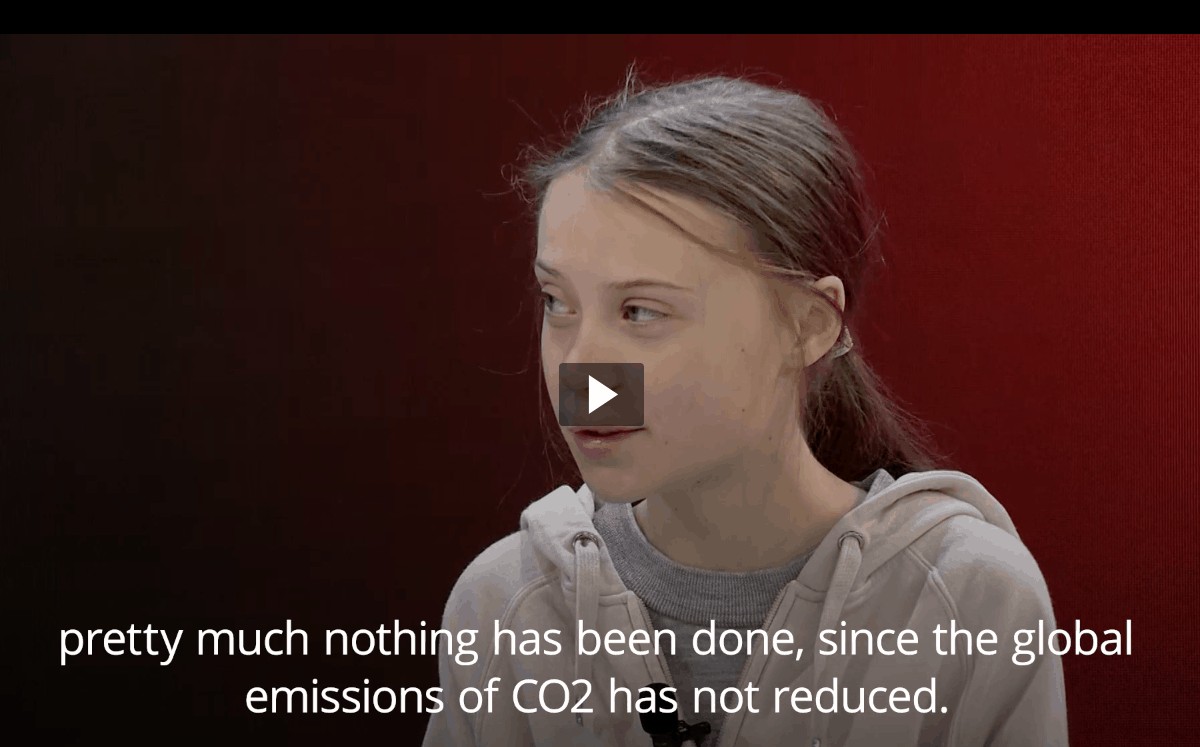 Greta Thunberg was among four young climate activists to scold the elites gathered at the World Economic Forum for not doing enough to deal with the climate emergency and warned them that time was running out.

At a panel in the Swiss ski resort of Davos, the four said they hoped their generation had found its voice and can work with those in power to bring about the necessary change to limit climate change.

Yet Greta said not enough has been done.

“We need to start listening to the science, and treat this crisis with the importance it deserves,” said the 17-year-old, just as US President Donald Trump was arriving in Davos and was due to give a speech.

Trump has pulled the US out of the Paris accord to limit climate change and has traded barbs with Greta on social media.

“Without treating it as a real crisis we cannot solve it,” Greta said.

The Swedish teenager came to fame by staging a regular strike at her school, sparking a global movement that eventually earned her Time Magazine’s award as the 2019 Person of the Year.

She said that people are more aware about climate issues now.

The campaigner said: “It feels like the climate and environment is a hot topic now, thanks to young people pushing.”

The others on the panel were just as forceful and passionate about the effects of global warming and how they, as young people, need to play a central role in raising awareness and insist on change.

“The older generation has a lot of experience, but we have ideas, we have energy, and we have solutions,” said Natasha Wang Mwansa, an 18-year-old activist from Zambia who campaigns for girls’ and women’s rights.

“We’re not the future of the world, we’re the present, we’re acting now. We’re not waiting any longer.”

Greta said the time for action was now, that being at the top of the agenda meant nothing if the world doesn’t get to grips with the climate emergency.

“I am not the person who can complain about not being heard. I’m being heard all the time,” she quipped.

“But in general the science and the voice of young people is not in the centre of the conversation.”

Autumn Peltier, the chief water commissioner for the Anishinabek Nation of indigenous people in Canada, said plaudits are not what they are looking for at the World Economic Forum.

“I don’t want your awards. If you are going to award me, award me with helping to find solutions and helping to make change.”