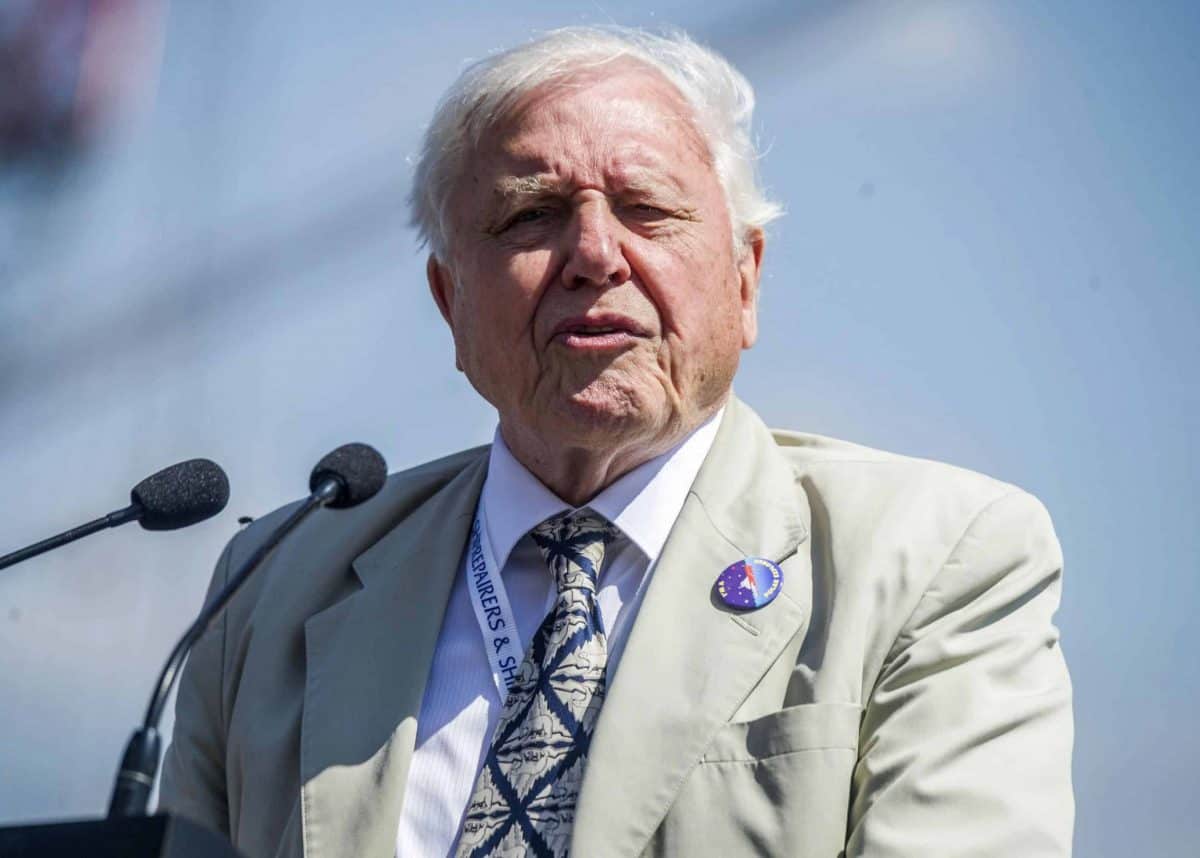 It was “shameful” that Boris Johnson did not take part in a General Election debate on climate change, Sir David Attenborough has said.

The broadcaster said he was unsure what else the Prime Minister had to do instead of attend the Channel 4 event, adding it would have had to have been  “very, very important, to dodge” it.

Sir David’s intervention came as Mr Johnson insisted he wants an “unbridled” media, after Labour accused the Tories of wanting to “restrict the free press” by threatening Channel 4.

A Conservative source suggested the party may review Channel 4’s public service broadcasting position, after it replaced the PM with an ice sculpture on Thursday, when he refused to take part in the climate change debate.

The party also made a formal complaint to broadcasting watchdog Ofcom’s election committee, over what it said was “a provocative partisan stunt, which would itself constitute making a political opinion in its own right”.

Speaking to Channel 4 News, Sir David said he found it “really rather sad” that Thursday’s debate was the first in the election about climate change.

Told Mr Johnson did not take part, Sir David replied: “I know. And I think that is shameful.

“Well, OK, let’s not be all that pompous about it.

“I mean, I don’t know what else he had to do, but it would have to be very, very important to dodge this one. I think.”

Mr Johnson was earlier asked about the “stunt” of having an ice block in his place during the Channel 4 News debate.

He told LBC: “I didn’t see the debate, but it is noticeable that people have talked more about that than the substance that came out of the debate, and I think that is a shame.”

Answering a question about the Tory threat to review the publicly-owned broadcaster’s licence, he responded: “What we want is a free, fair and exuberant, unbridled media. That’s what I want.

“I think a free press is one of the glories of our country and I want to protect it and enshrine it.”

Asked if he would take part in an interview with veteran journalist Andrew Neil, something he has been accused of “running scared” from, he said: “I’m much happier, frankly, to talk about my policies, what we’re doing for the people of this country, rather than endless debates about media and process.

“We’ve already talked quite a lot about a Channel 4 debate rather than talking about climate change.”

A Tory source told the Daily Telegraph: “If we are re-elected, we will have to review Channel 4’s public service broadcasting obligations.”

Shadow culture secretary Tom Watson wrote to Ofcom about the matter and said it was “deeply concerning that a governing party would wish to restrict the free press”.

In his letter, he said: “I’m urging you to call out this meddling and demand that whichever political party wins the next General Election allows Ofcom to operate freely from political interference.

“We need a strong free press, but the Tories are restricting journalists. This campaign, Boris Johnson has banned the Daily Mirror from its battle bus, ducked the Andrew Neil interview and now attempted to bully Channel 4.”

Former Tory culture minister Ed Vaizey added to the criticism, saying it is “not a sensible strategy for political parties to threaten broadcasters”.

Channel 4 said Chancellor of the Duchy of Lancaster Michael Gove was not allowed to take part in the debate because it was for party leaders.

The editor of Channel 4 News, Ben de Pear, tweeted a picture of Mr Gove and the Prime Minister’s father, Stanley Johnson, who were both at the studio.