The shelves at Tesco in Keynsham, near Bristol, were nearly empty after frantic shoppers bulk bought groceries ahead of the snow storm

Supermarket shoppers who raced to stores to stockpile food ahead of Storm Emma were given tea and coffee by staff members as queues snaked around the aisles.

The shelves at Tesco in Keynsham, near Bristol, were nearly empty after frantic shoppers bulk bought groceries ahead of the snow storm. 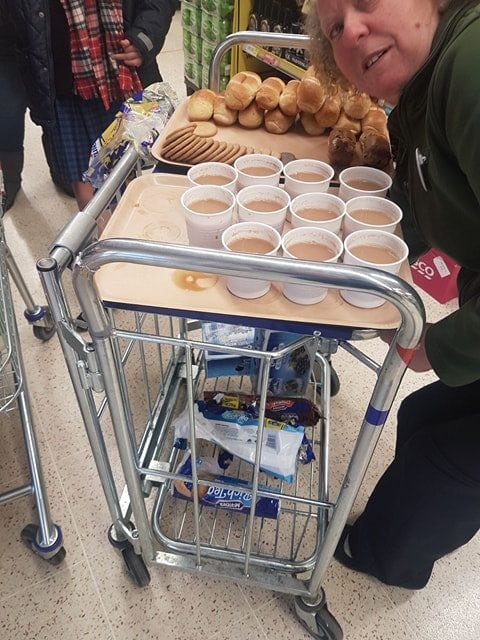 Scott Matthews filmed supermarket staff offering chilly shoppers tea and biscuits, or coffee, which they brought round on a trolley at around 10am.

He said: “People were loving the tea and coffee, there were even chocolate digestives.”

The 25-year-old works for a letting agency in Bristol and was told not to travel into work due to the weather.

Scott added: “No shelves were well stocked when we were there.

“We queued for around an hour.” 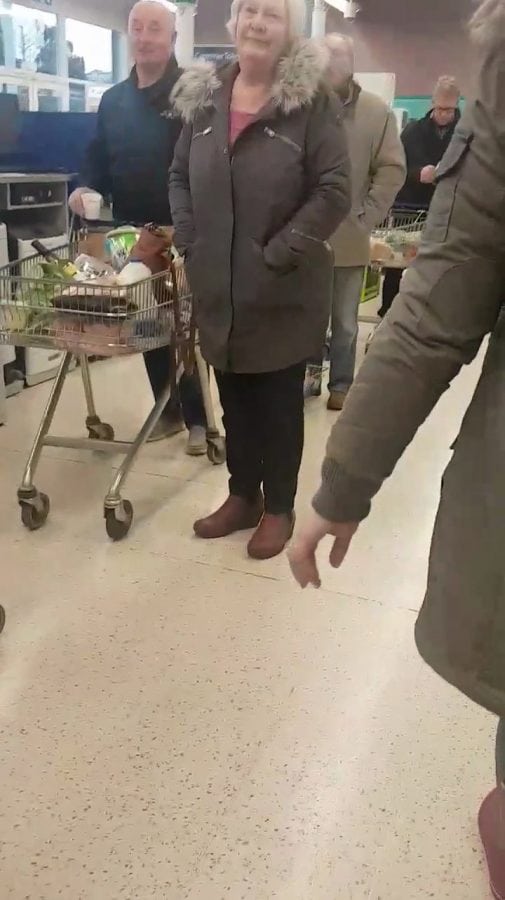