School leaders have raised concerns about shortages in subjects such as maths and science. 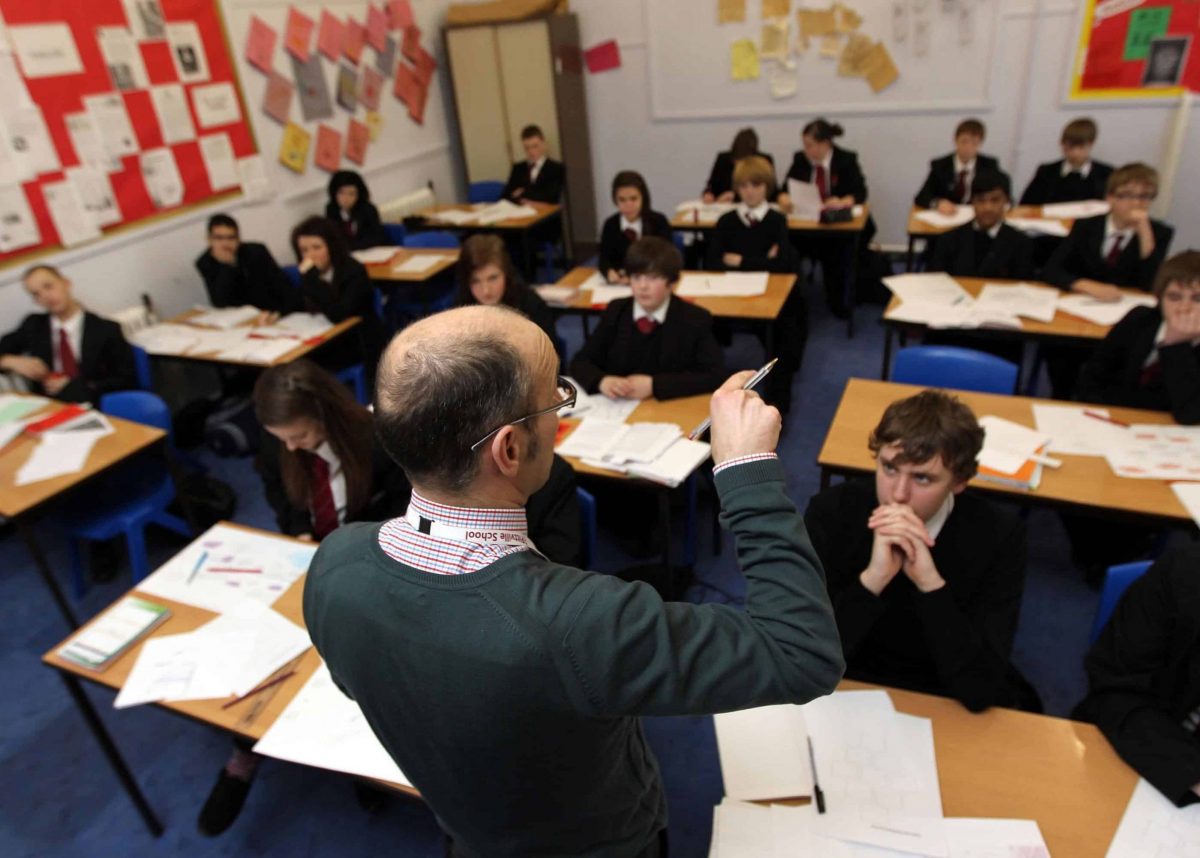 The government has missed its own targets for recruiting enough trainee teachers, sparking fresh warnings about shortages in key subjects such as maths and science.

New figures show the Department for Education (DfE) failed to meet its target for secondary school trainees for the seventh year running.

School leaders said it was alarming that the target for maths, language and physics had been missed by “a country mile”.

But the department sets targets for the numbers of trainees it needs to recruit in each subject, and at each level – primary and secondary – based on the numbers it estimates are needed to ensure there are enough qualified teachers in the future.

Many of these targets have been missed.

This year, 85% of the overall target for secondary subject trainees (17,098 recruited out of a target of 20,087) was reached – the seventh consecutive year that it has been missed.

A breakdown shows that just 64% of the target for trainee maths teachers was met, along with 43% for physics, 70% for chemistry, 79% for computing and 62% for modern foreign languages.

Targets for English, geography, history and biology trainees were exceeded.

Geoff Barton, general secretary of the Association of School and College Leaders (ASCL) said: “More trainee teachers have been recruited this year than last year, but the problem is that it isn’t enough to meet the numbers needed for teaching the rising number of secondary school pupils.

“The Department for Education has missed its targets for maths, modern foreign languages and physics by a country mile, which is alarming as there are serious teacher shortages in all these subjects.”

Mr Barton said there are particular concerns about maths as the numbers of students taking the subject at A-level has fallen.

Ucas figures published on Thursday showed that a fall in the numbers taking up mathematical sciences degrees at university.

“The situation with maths is doubly worrying because the number of students taking A-level fell this year, as did those progressing to study mathematical sciences in university, after the introduction of new tougher qualifications at both GCSE and A-level,” Mr Barton said.

“If this trend continues it will mean a smaller pool of potential maths teachers in the future, making a bad situation even worse.”

Mr Barton called for action to make teaching a more attractive option and to encourage teachers to stay in the profession.

Bursaries and scholarships worth up to £28,000 are available for trainee teachers – with those planning to teach chemistry, languages, maths and physics offered the highest payments.

The Conservatives have announced plans to raise salaries for new teachers to £30,000 by 2022/23 while Labour has pledged to return public sector pay to at least pre-financial crisis levels, beginning with a five per cent increase.

“We’ll significantly increase investment in our schools, tackle the causes of high workload and provide ring-fenced funding to give teachers the pay rise they deserve.”

Kevin Courtney, joint general secretary of the National Education Union, said the targets “underestimate how many teachers are actually needed in the coming years”.

“The Government is still failing to account for historic under-recruitment and is not doing enough to prevent so many teachers leaving the profession,” he said.