The earth could get hotter by up to 4.9 degrees Celsius by the end of the century – three times the target set by the 2016 Paris agreement on climate change. Experts predict global temperatures to hit ‘tipping point’ by 2100 as the Earth has a nine in ten chance of getting between 2 and […] 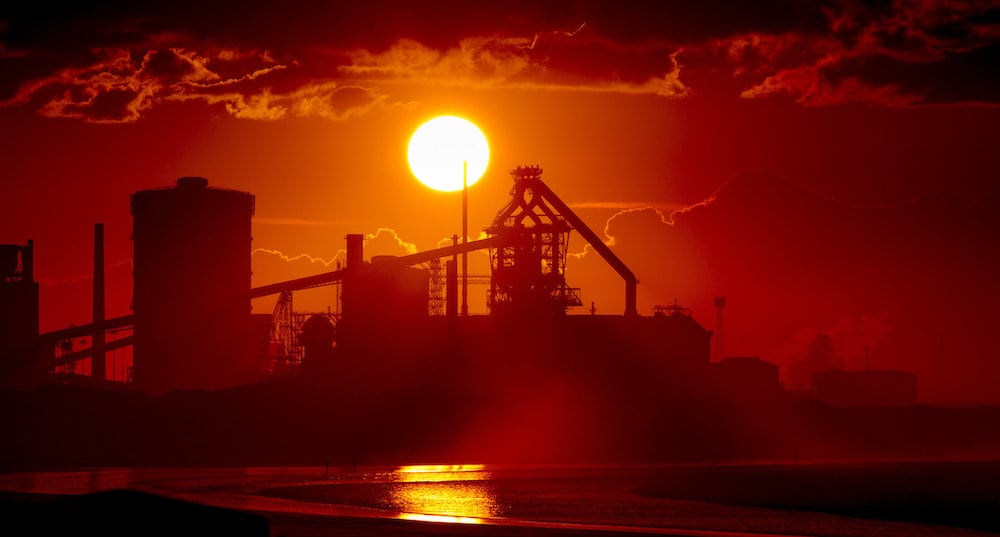 The earth could get hotter by up to 4.9 degrees Celsius by the end of the century – three times the target set by the 2016 Paris agreement on climate change.

Experts predict global temperatures to hit ‘tipping point’ by 2100 as the Earth has a nine in ten chance of getting between 2 and 4.9 degrees C hotter.

This extra temperature will herald longer heatwaves, greater droughts and, in the tropics, reduced crop yield and threaten all coral reefs.

In the latest Intergovernmental Panel on Climate Change (IPCC) report scientists from the University of Washington revealed there is a 90 per cent chance that temperatures will increase by 2 to 4.9 C or 35.6 to 40.8F this century.

The revelations throws the 2016 Paris Agreement – which set a target of a 1.5 degree rise – to the wind.

Co author Professor Dargan Frierson at the University of Washington said: “Countries argued for the 1.5 C target because of the severe impacts on their livelihoods that would result from exceeding that threshold.

“Indeed, damages from heat extremes, drought, extreme weather and sea level rise will be much more severe if 2 C or higher temperature rise is allowed.”

“Our results show that an abrupt change of course is needed to achieve these goals.”

Study lead professor Adrian Raftery at the University of Washington added: “Our analysis shows that the goal of two degrees is very much a best-case scenario.

“It is achievable, but only with major, sustained effort on all fronts over the next 80 years.”

“Our analysis is compatible with previous estimates, but it finds that the most optimistic projections are unlikely to happen.

“We’re closer to the margin than we think.”

The most recent report from the IPCC included future warming rates based on four scenarios for future carbon emissions.

The scenarios ranged from “business-as-usual” emissions from growing economies, to serious worldwide efforts to transition away from fossil fuels.

Prof Raftery said: “The IPCC was clear that these scenarios were not forecasts.

“The big problem with scenarios is that you don’t know how likely they are, and whether they span the full range of possibilities or are just a few examples. Scientifically, this type of storytelling approach was not fully satisfying.”

His 2014 study used Bayesian statistics, a common tool used in modern statistics, to show that world population is unlikely to stabilise this century.

The planet likely will reach 11 billion people by 2100.

In the new study Prof Raftery expected to find that higher populations would increase the projections for global warming.

Instead, he was surprised to learn that population has a fairly small impact. That is because most of the population increase will be in Africa, which uses few fossil fuels.

What matters more for future warming is the carbon intensity, the amount of carbon emissions produced for each dollar of economic activity.

That value has dropped in recent decades as countries boost efficiency and enact standards to reduce carbon emissions.

How quickly that value drops in future decades will be crucial for determining future warming.

The study finds a wide range of possible values of carbon intensity over future decades, depending on technological progress and countries’ commitments to implementing changes.

Prof Raftery said: “Overall, the goals expressed in the Paris Agreement are ambitious but realistic.

“The bad news is they are unlikely to be enough to achieve the target of keeping warming at or below 1.5 degrees.”