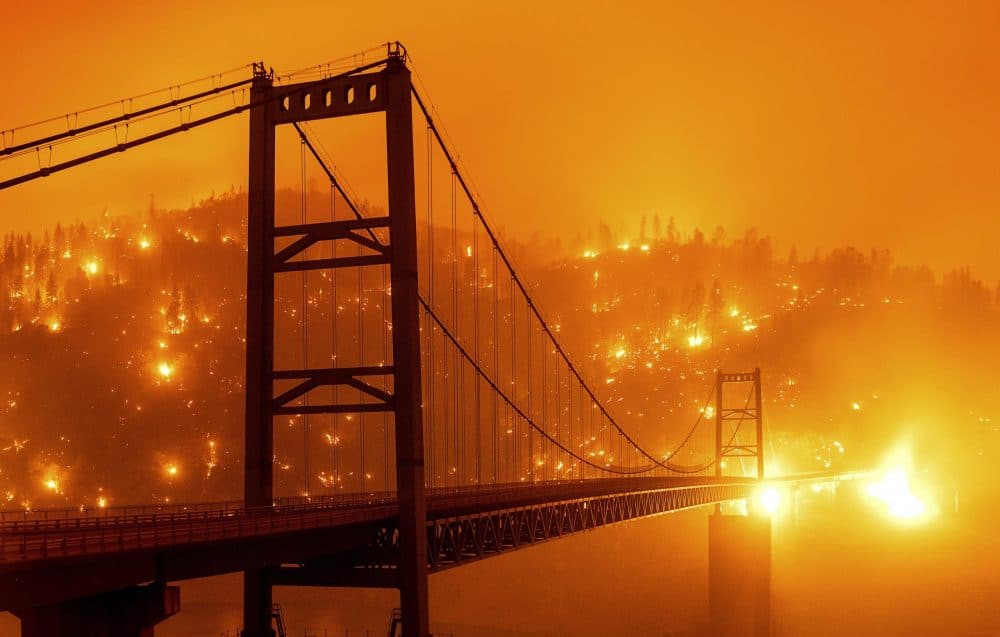 Thousands of people have been forced to flee their home and three people have died in wildfires in California.

The blazes come amid prolonged dry and hot conditions in the western United States which have also led to fires in Washington state, Oregon and Idaho.

Winds gusting as high as 50 mph fanned dozens of catastrophic wildfires across a large swath of Washington state and Oregon that rarely experiences such intense fire activity because of the Pacific Northwest’s cool and wet climate.

Firefighters were struggling to try to contain and douse the blazes and officials in some places were giving residents just minutes to evacuate their homes.

The fires trapped firefighters and civilians behind fire lines in Oregon and levelled an entire small town in eastern Washington.

“This could be the greatest loss of human life and property due to wildfire in our state’s history,” Ms Brown told reporters.

The scenes were similar to California’s terrifying wildfire drama, where residents have fled fires raging unchecked throughout the state.

But officials in the Pacific Northwest said they did not recall ever having to deal with so many destructive fires at once in the areas where they were burning.

Related: Why the beef with Blackstone? Towards a Neoliberal ‘veganomics’