The red top issued a search for the “crisis-hit” Prime Minister, who it says has become “The Invisible Man” in recent days. 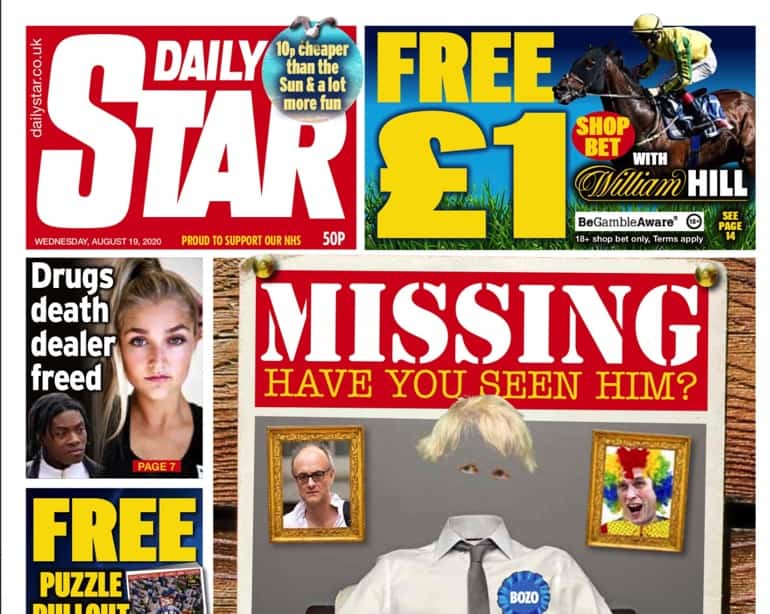 The Daily Star played the unlikely hero once again this morning after it poked fun at the “missing” Prime Minister.

The Government’s U-turn over A-levels, and the search for accountability from the Education Secretary, dominated the papers today.

The Guardian reports “parents and teachers have lost faith in Gavin Williamson’s competence” to lead a safe return to England’s schools after his role in the “exam results fiasco”.

Mr Williamson is cast in the Daily Mail as “the man who won’t take the blame”, while Metro says the Education Secretary is “Gavin a laugh”.

While Metro runs with “You’re Gavin a laugh”.

But it was the Daily Star that one the day after it issued a search for the “crisis-hit” Prime Minister, who it says has become “The Invisible Man” in recent days.