The PM's chief aide reportedly had a £30,000 council tax bill written off - leading to accusations that it is "one rule for them and another for everyone else". 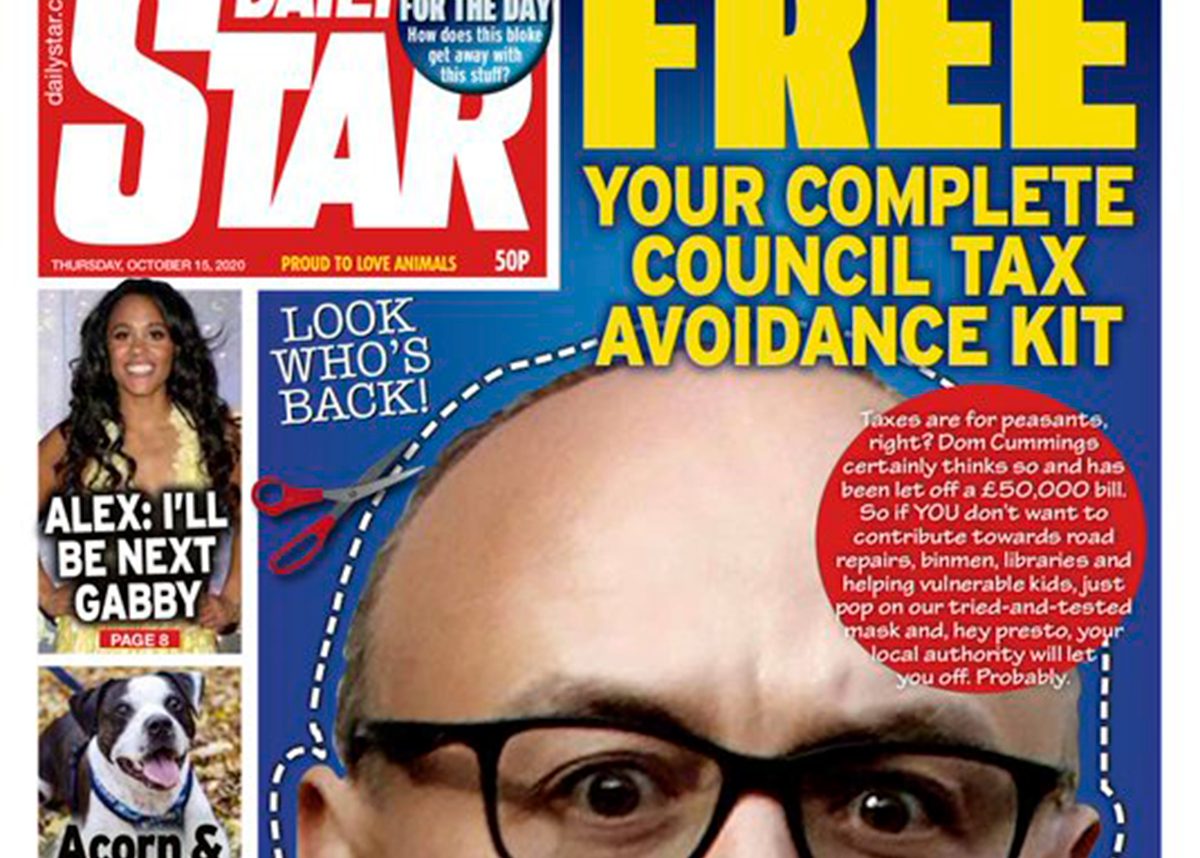 The Daily Star won the battle of the front pages once again this morning after it poked fun at reports that Dominic Cummings and his family are set to avoid a five-figure council tax bill.

The red top, which has been widely credited for its new satirical edge, included a cut-out of the Prime Minister’s Svengali on its cover as part of a “council tax avoidance kit”.

It comes after Cummings had a £30,000 council tax bill written off – despite two properties on his family’s Durham farm being judged to breach planning regulations.

Years of unpaid taxes – up to as much £50,000 – on two homes built in breach of regulations will be forgotten, even though investigators found that Cummings is liable to pay council tax on them.