The paper credited its own "relentless exposes" for outing "Corbyn's vile cabal". 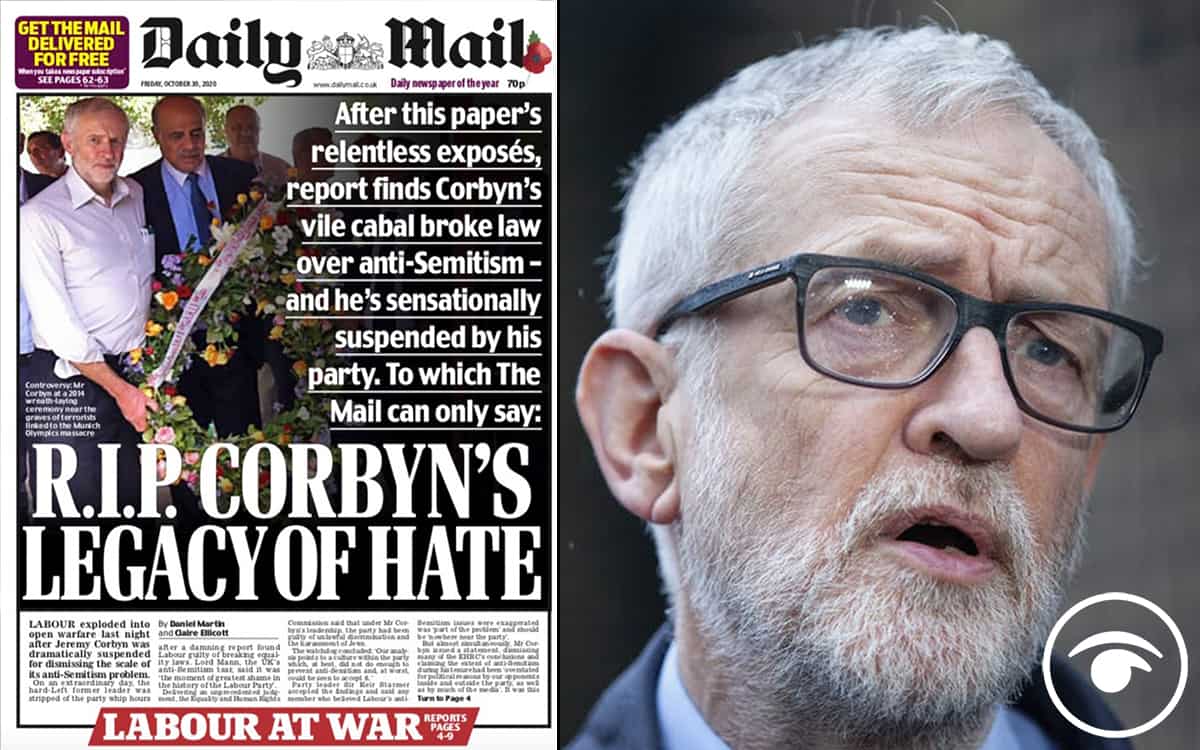 After years of migrant-bashing, prejudice and racial discrimination the Daily Mail had the temerity to bid farewell to Jeremy Corbyn’s so-called “legacy of hate” today after the former Labour leader was suspended from the party.

The MP for Islington North had the whip removed pending investigation in light of comments made in the aftermath of the bombshell report by the Equalities and Human Rights Commission and his failure to retract them subsequently.

Corbyn lashed out at “opponents inside and outside the Party” and the media, who he claims “dramatically overstated” the issue.

Judging by this morning’s papers he may well have a point.

The Daily Mail, which was among several fierce critics of the Labour leader during his time in charge, credited its own “relentless exposes” for outing “Corbyn’s vile cabal”.

TOMORROW: From the paper that supported the Nazis. pic.twitter.com/fMfuG4QlFj

In the run-up to the 2019 election the paper ran a ruthless smear campaign against Corbyn, dubbing him a terror “apologist” among other things.

According to researchers at Loughborough University hostility towards the Labour Party in the mainstream media doubled during the 2019 election compared to 2017.