"I adore Sainsbury's trifle, you can't beat it, but after this I will just have to go without it. I agree with Laurence completely." 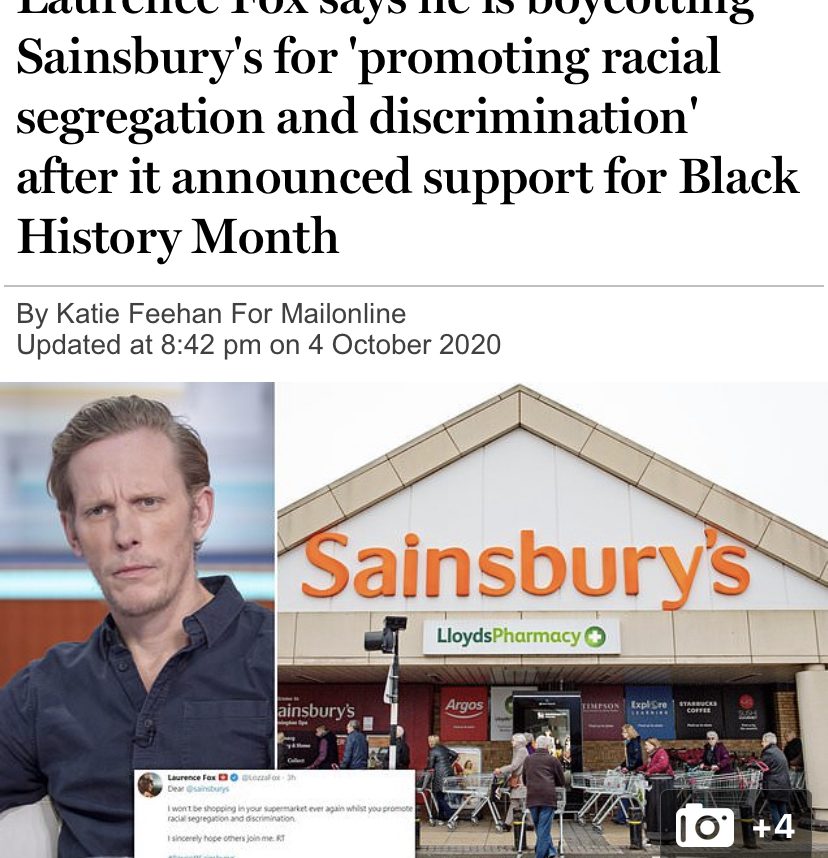 Daily Mail readers gave their wholehearted support to actor Laurence Fox following the announcement that he will be boycotting Sainsbury’s over its support for Black History Month.

The controversial Lewis star accused the supermarket of promoting racial segregation and discrimination in a flurry of bizarre tweets sent out last night.

It comes after the shop gave their backing to the month-long observance, tweeting:

It is a message that many Mail readers may have to observe after they expressed their support for Fox’s messages.

While another commented: “Me too movement has a whole new meaning. Boycott sainsburys?…… Me too!”

A foodie with a penchant for Sainsbury’s trifle reluctantly resigned himself to “having to go without it” following the Fox comments, which he endorsed.

‘England Forever’ also said it was “no more Sainsbury’s shopping for” him.

“You are spot on Laurence and quite a few others will follow you. Looking forward to your new political party and will be joining it”, in reference to the new “UKIP for culture”.