From Project Fear to Project Fact - has the Daily Express finally come to its senses? 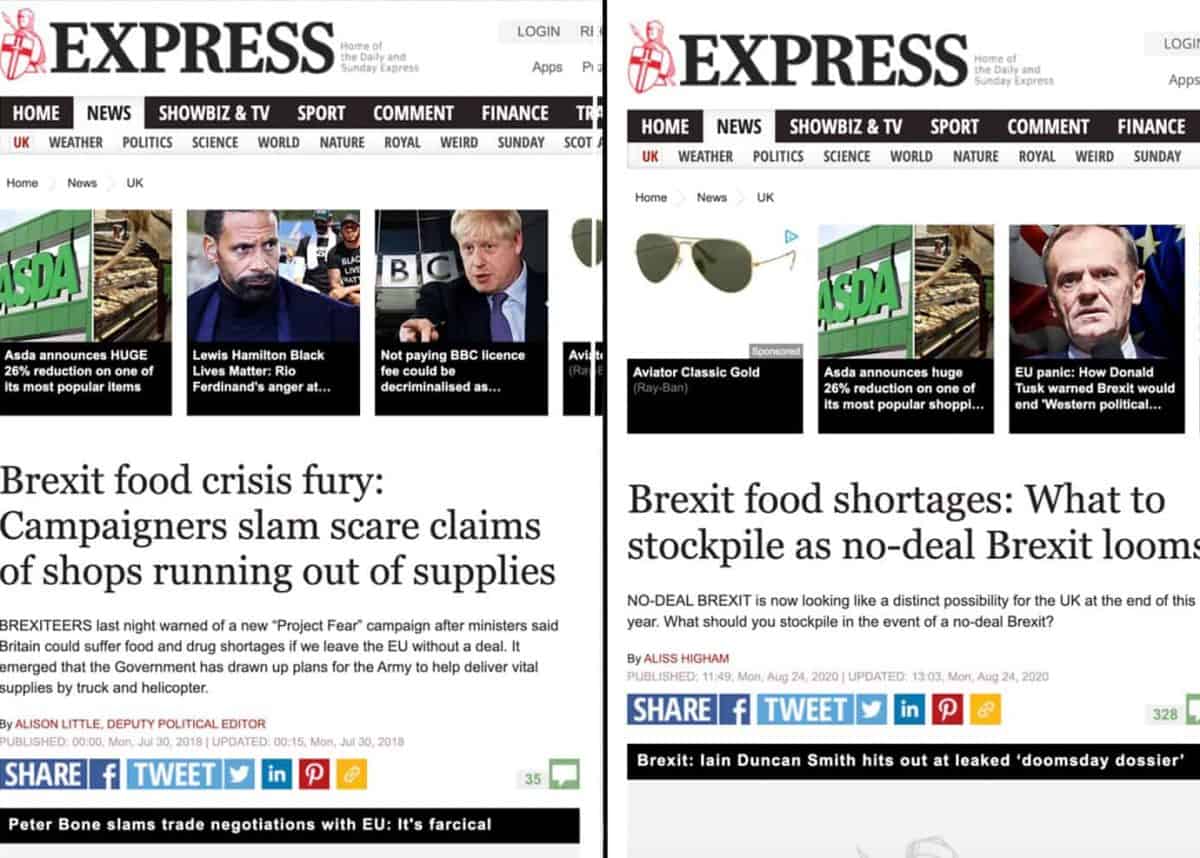 At the end of July 2018 the right wing tabloid reported on a new “Project Fear” campaign after ministers said Britain could suffer food and drug shortages if we leave the EU without a deal.

Leading with comments from Tory MP Peter Bone they described the warnings as “palpable nonsense” used to “scare people in the hope we will either agree to a Brexit in name only, or stay in”.

Mr Bone added that “this will keep happening right until we leave because the Remainers and the establishment are determined to do everything they can to keep us in”.

But little did he know that The Express would be the paper to be highlighting the threat.

Earlier this week the paper struck a distinctively different tone as it warned its readers to stockpile food to prepare for the possibility of a no deal.

Following the coronavirus stockpiling it warned that the UK “imports 40 per cent of its food”, and around a third of all food consumed in the UK comes from EU member states.

“So there is a real chance of a shortage in the event of a no deal scenario”, it noted, adding:

″It is not irrational, it’s not project fear. [Stockpiling] is now a perfectly sensible thing to do.”