RelatedPosts Listen – BBC Presenter says ‘Dominic Cummings is such a d*ck’ Barnard Castle is Durham slang for ‘pathetic excuse’, book claims The government’s ‘stay alert’ slogan is actually an anagram of something else Met Police officer says Cummings’ trip has made a ‘mockery’ of his work to enforce lockdown rules In the same week […]

In the same week that Secretary of State for Defence, Michael Fallon, told the House of Commons Defence Committee that criticism of the Saudi Arabian regime and its brutal bombardment of Yemen is a hindrance to arms sales, two activists were acquitted for trying to disarm fighter jets bound for Saudi Arabia.

BAE’s Typhoon fighter jets are being used by Saudi-led forces in the ongoing bombardment of Yemen. The UK has licensed £3.8 billion worth of arms to Saudi Arabia since the bombing began in March 2015.

This afternoon, Reverend Daniel Woodhouse and Sam Walton, a Quaker activist from London, were found not guilty at Burnley Magistrates Court, following their arrest for trying to disarm Typhoon fighter jets at BAE Systems’ site in Warton, Lancashire on 29 January 2017.

Their aim had been to stop the jets, which had Saudi markings painted on them, from going to Saudi Arabia where, the pair claim, they would be used to support the ongoing bombing of Yemen. Sam and Daniel successfully argued that their intention was to save innocent lives and prevent war crimes, by physically disabling the warplanes.

The two campaigners broke in via a fence on the perimeter of the site, and got within five feet of the warplanes before being stopped by BAE security.

The court heard evidence about the scale of the brutal bombardment, and the many serious accusations of war crimes that have been made against the Royal Saudi Air Force.

In delivering comments on his judgement District Judge James Clarke said: “They were impressive and eloquent men who held strong views about what they were doing and what they wanted to achieve. They impressed me as being natural in their delivery and honest throughout their evidence…”

“However, having considered in full the defence under sec 5 Criminal Damage Act 1971, I find the defendants not guilty.”

Since the bombing of Yemen began in March 2015, the UK has licensed £3.8 billion worth of arms to Saudi Arabia, including:

In a joint statement, Sam and Daniel said: “We did not want to take this action, but were compelled to do so in order to stop the UK government’s complicity in the destruction of Yemen. Thousands of people have been killed in the brutal bombardment, while companies like BAE Systems have profited every step of the way.

This vindication from the Courts is further evidence of the hypocrisy and moral bankruptcy that underpins so much of UK foreign policy. It is time for the government to stop putting arms company profits ahead of human rights. We do not regret taking action, and would do it again in a heartbeat. The only thing we regret is that we were not able to finish the job.” 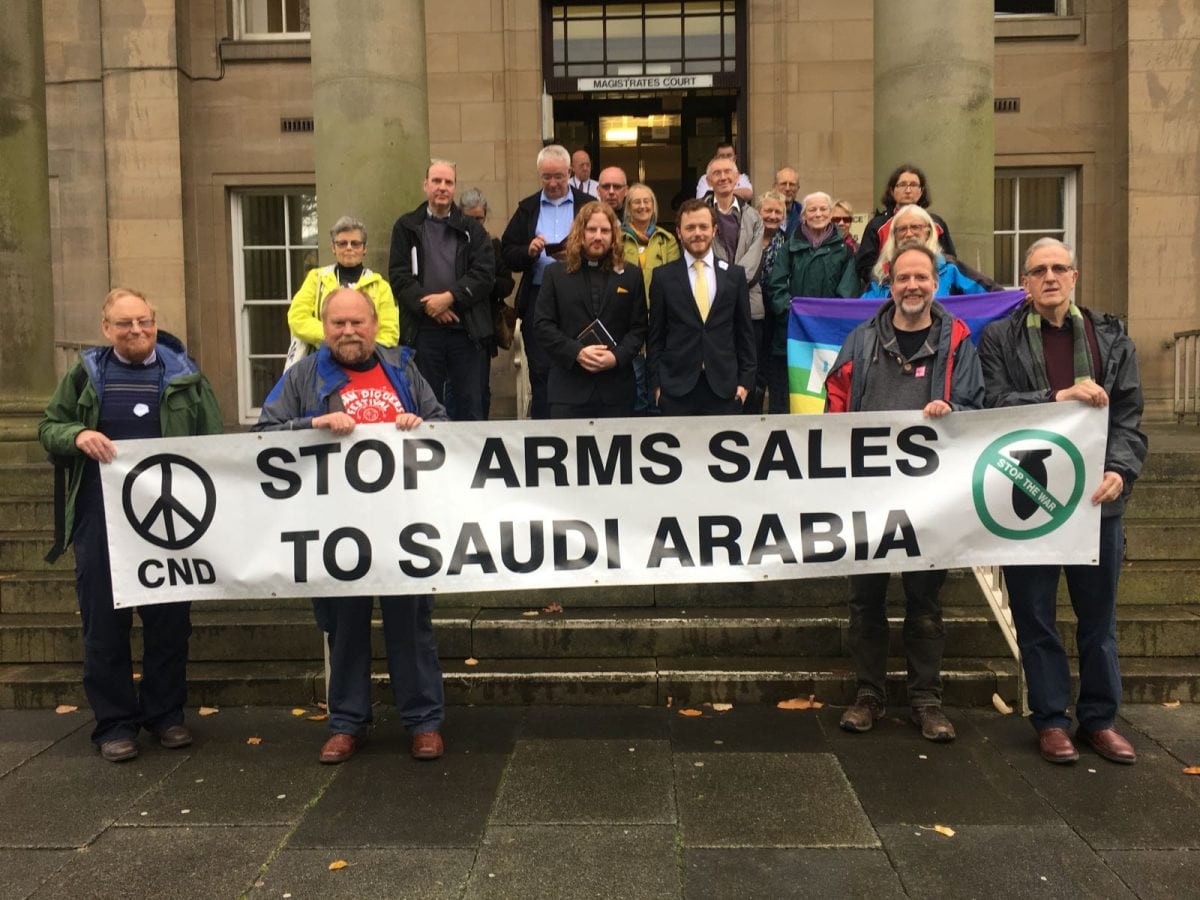 Criticism of Saudi Arabia not helpful for arms sales

This week, Secretary of State for Defence Michael Fallon told the House of Commons Defence Committee “We’ve been working extremely hard on the batch two deal. I’ve travelled to Saudi Arabia back in September and discussed progress on the deal with my opposite number, the Crown Prince of Saudi Arabia – and we continued to press for a signature or at least a statement of intent as we’ve done with Qatar. I have to repeat sadly, to this committee, that obviously other criticism of Saudi Arabia, in this Parliament, is not helpful and …I’ll leave it there, but we need to do everything possible to encourage Saudi Arabia towards batch two. I believe they will commit to batch two and we need to work away on the timing.”