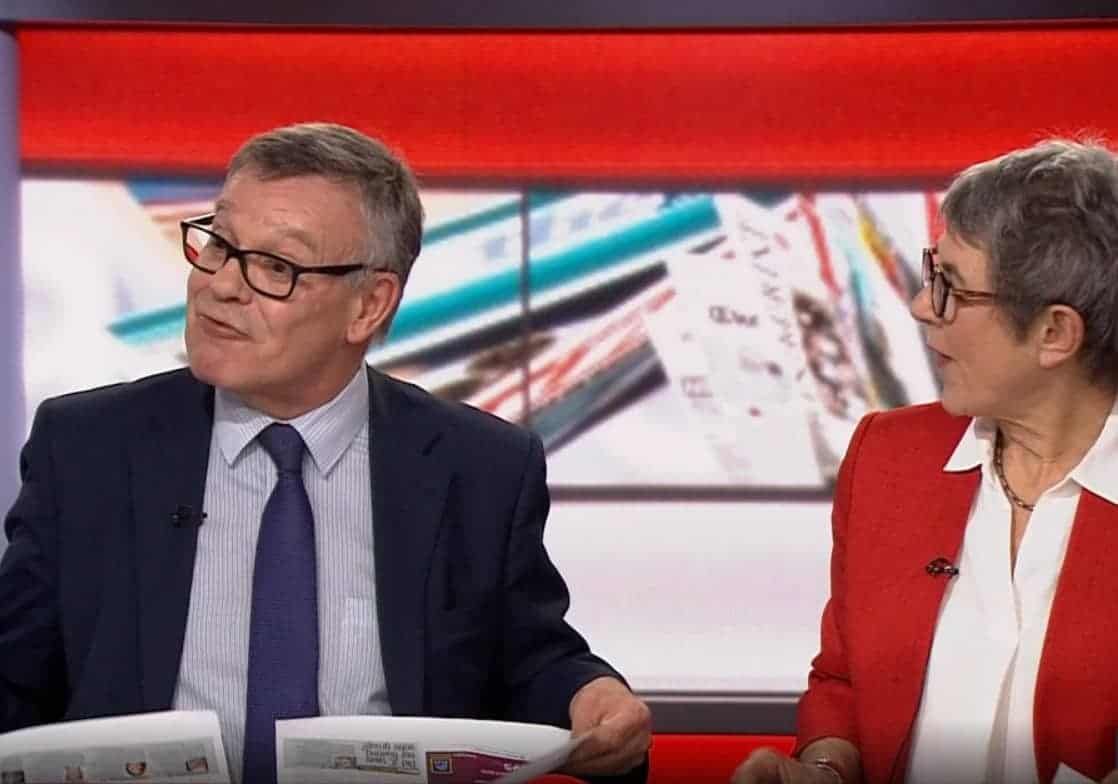 Jeremy Corbyn received a surprise endorsement from the BBC during the nightly review of the next day’s newspapers.

Nigel Nelson of the Sunday Mirror joined Jo Phillips on the show to discuss the final Sunday editions before the general election.

Among the headlines were Daily Mail claims that the Labour leader would turn Britain into a pariah state shunned by the world, according to a Nazi-hunting group, and secret documents obtained by the Sunday Times on the growing anti-Semitism crisis.

But the show took a surprise turn after Nelson gave a frank account of Corbyn’s ‘rock star’ popularity ‘wherever he turns up’ and his ‘prime ministerial’ status.

The BBC presenter had asked “Very quickly, what’s he like engaging with the public” – leading to an instant response: “Well the public love him.”

The Mirror has been out on the road with the Labour leader during the campaign trail and paid testament to how hard working he was.

Very down to earth

Nelson said: “He is very down to earth.

“He’s somebody who is very easy to get on with.

“I find he has a great sense of humour I always enjoyed being with him”.

Asked whether he is prime ministerial, he responded:

“I think if you met him you would actually say yes.

This is the first time since Corbyn got elected as leader I've heard someone have a somewhat normal conversation about him instead of him being –
the greatest global threat on the planet! –
or evil incarnate for wanting to build houses, keep the nhs & pay people a decent wage.